"Basically, Chipotle has been the foundation of our relationship for the past 12 years. It's our favorite spot." 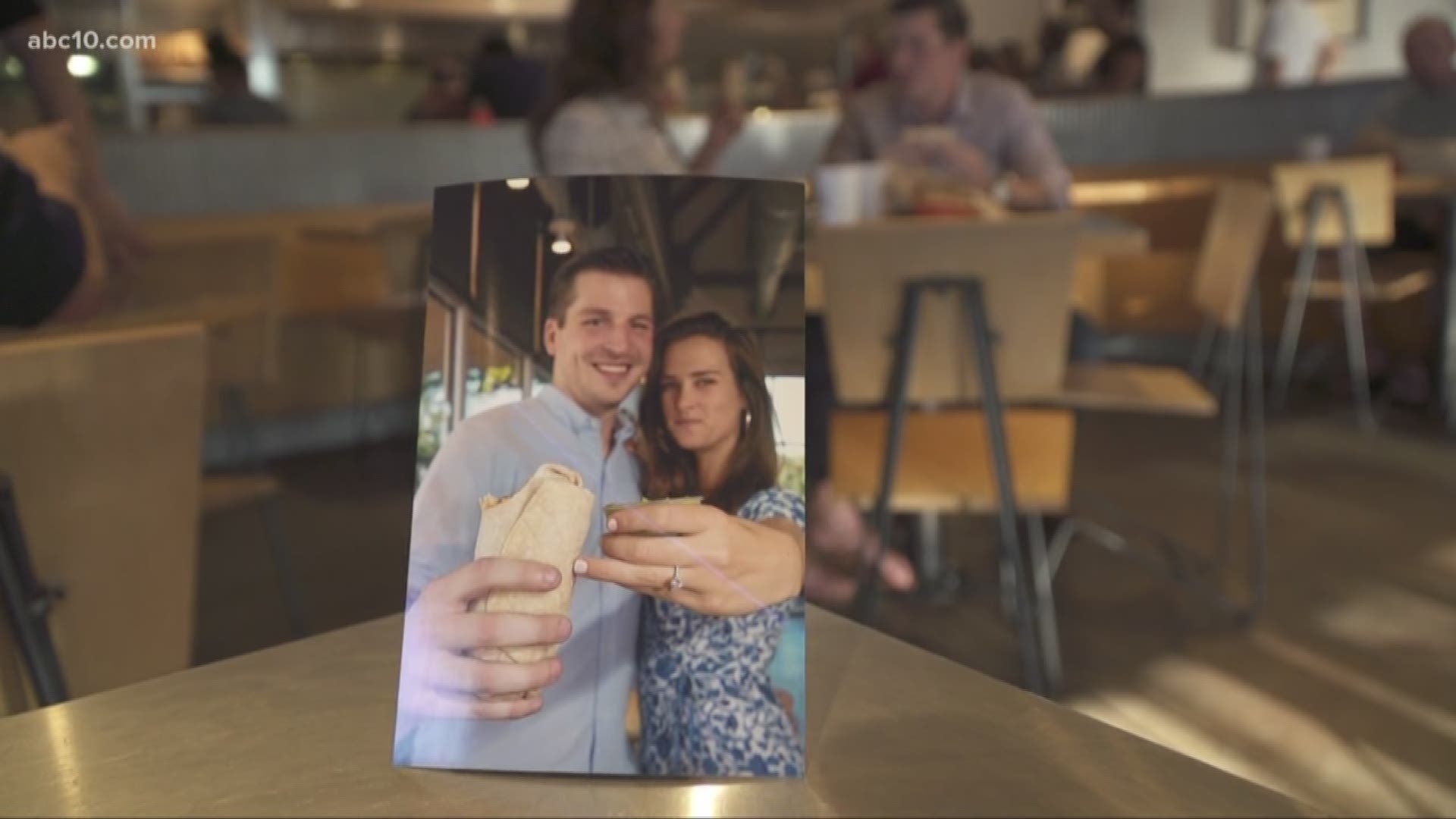 This burrito-ful beginning started in December 2006.

Chris Piwinski was a sophomore at Jesuit High School, an all-boy's school. Natalie Neach was a freshman at St. Francis High School, the all-girl's school. It's a bit cliche, but it made sense. The two fell in love before they could even drive.

"[Chris] saw a Christmas card from my family at [my best friend's] house," explained Neach. "He was like, 'I want to meet her.'"

Mutual friends connected the two, who both played basketball. Neach still remembers the first time they hung out. It was your typical storybook romance.

"We hung out all night at the Jesuit and Rio basketball game," Neach said.

Piwinski, who got his license first, always commuted from Folsom to Elk Grove, where Neach lived. As teenagers, there weren't many places they could go to hang out.

"I used to beg my mom for $20 in high school so I could take Nat out to dinner at Chipotle," Piwinski said. "Basically, Chipotle has been the foundation of our relationship for the past 12 years. We've had date nights, fights, breakups, get-back-togethers, homecoming, Valentine's...we still eat there at least once a week."

Like we often see with young love, life can get in the way. Piwinski attended Yale University on the East Coast. Neach stayed on the West coast and attended Cal Poly.

The two broke up. Then got back together after college and moved to New York. The two broke up again. Neach left for Australia. But the two always found their way back to each other. You could say she was the "guac" to his chips.

"She has always been my best friend," Piwinski said.

After taking four months to explore Southeast Asia, the two worked their way back to where they first met: Sacramento. The only ingredient missing in this bowl of love: A ring.

Piwinski thought: It's guac and roll time! To celebrate what they consider their third two-year anniversary, they spent the day at their favorite coffee shop and wineries in Clarksburg. At each spot, Piwinski handed Neach a hand-written poem.

After all day and no proposal, Neach thought it might just be another day. That is, until Piwinski slipped her one last note at Chipotle.

Here we sit the one & only Chipotle. Thank you baby for an amazing day. I consider myself the luckiest guy. How I deserve you, I don't know why. No more waiting, no wonder, no fears. I've dreamt of this moment for almost 12 years. So now you know what today was for: my promise to love you forever & more.

"I lost it. We locked eyes and he was bawling," Neach said, "I deserved that cry because I waited 12 years!"

Piwinski brought their family and friends out, who watched the whole thing go down on security cameras at the pizza restaurant next door. And you might've guessed: She said 'yes'!

"There were balloons and a cake and just a huge celebration, " Piwinski said. "It was epic!"

True Love Photo in Sacramento was there to capture it all on camera.