Sheldon Head Coach Joey Rollings told ABC10 that the game's postponement would likely motivate the team to do better. It did. 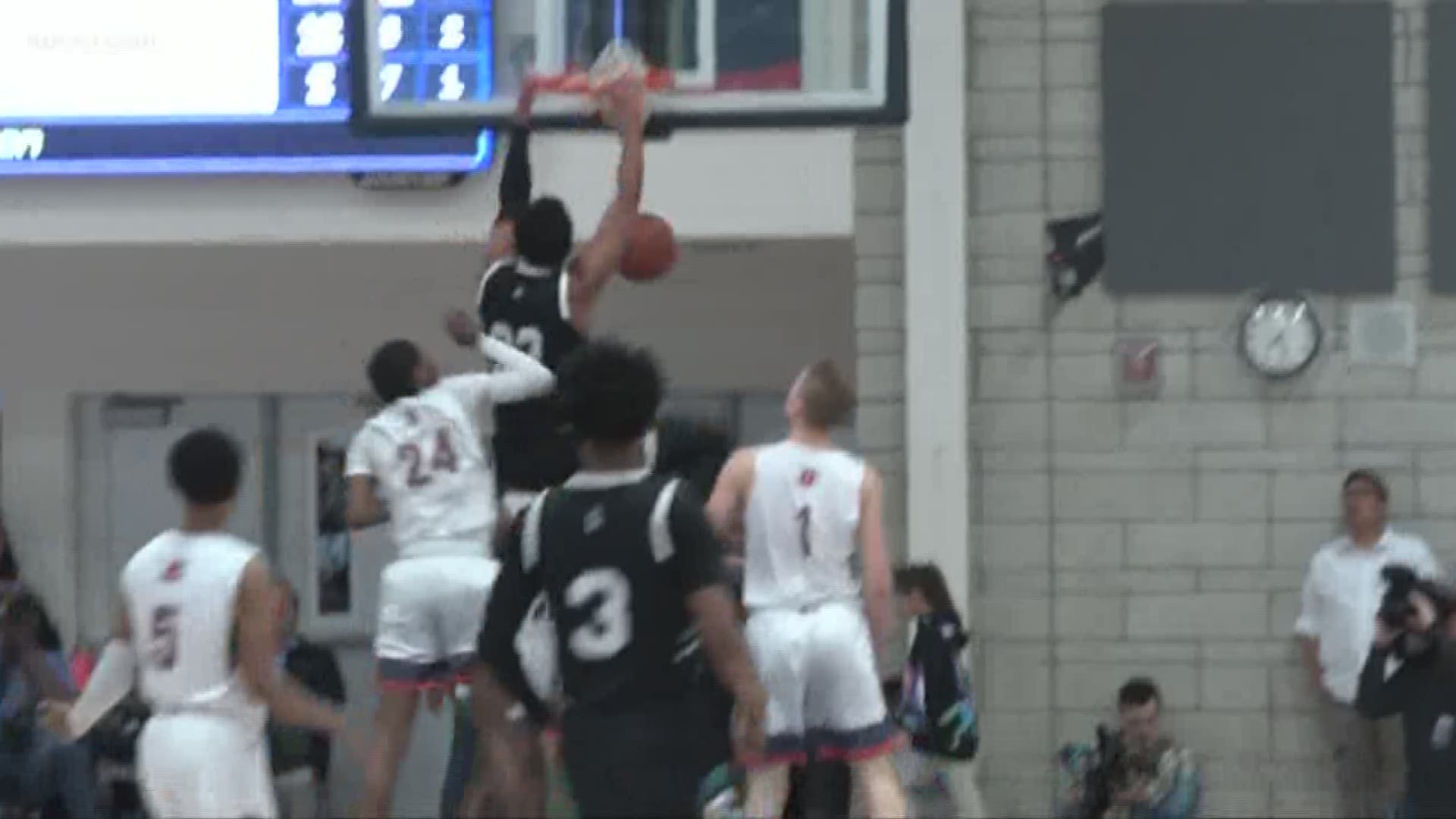 DUBLIN, California — It was the game that almost didn't happen — Sheldon Huskies vs Dublin Gaels in a NorCal Open Division semifinal game.

Last week, Elk Grove Unified School District announced that it would shut down schools and all school-related activities for a week because of coronavirus. That included this game, which was originally scheduled for last weekend.

But because of some last minute changes by high school sports officials — and the support of frustrated parents — both teams took the court Tuesday night for a match up that was almost worth the wait.

"That’s a huge relief," said Neketia Henry, who came to see her son play. "These boys have worked so hard. This is not just a regular basketball program. They're No. 1 in Northern California."

Before the game, Sheldon Head Coach Joey Rollings told ABC10 that the game's postponement would likely motivate the team to do better because of how many people fought for them to play.

"They realize how many people have backed them and supported them," Rollings said. "And that might give them that extra fire to give it their all in the game."

The Huskies rallied in the 2nd quarter to take a 36-31 lead at the half with Marcus Bagley and Dontrell Hewlett leading the way. Dublin pulled ahead in the second half, taking an 8-point lead in the fourth.

But the Huskies rallied. A huge three from unlikely 3-point shooter Xavion Brown pulled Huskies to within a point with 41 seconds to go.

Then, in dramatic fashion, Sheldon's defense forced a turnover. Bagley took the ball at the top of the key, barreled down the lane, splitting two defenders, and scored on a contested layup to give Sheldon a late one-point lead with 17 seconds to play.

The Husky defense came up huge again, with a game-saving block from Hewlett. The Gaels got a second attempt at winning the game, but their 3-point attempt rimmed out.

Sheldon will now look to face Bishop O'Dowd on Thursday, which will likely be played at Oakland's Laney College.