Elk Grove Police officials say this type of theft happens across the United States, but the city is on alert after five cars were hit in just two nights. 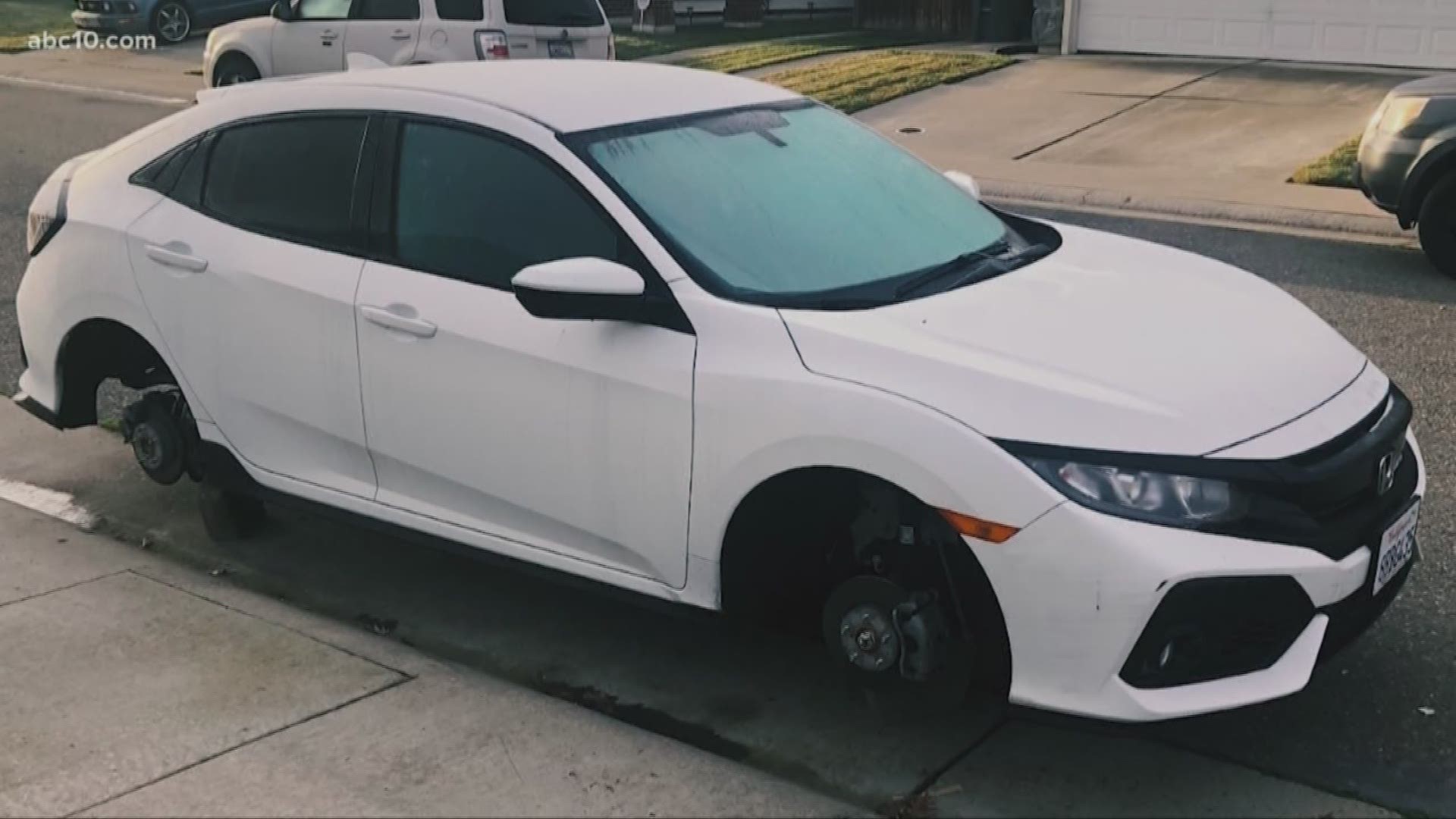 ELK GROVE, Calif. — When Tony Bisbocci's 24-year-old son was deployed overseas in October, he left his Honda at the family house for safekeeping.

It was safe up until Sunday morning when Bisbocci walked out to see all four tires were ripped from the car and left perched on cinder blocks.

"It took a second and I was like, 'Wait a minute, the wheels are gone," Bisbocci recalled.

Bisbocci isn't the only one who was targeted over the weekend. Elk Grove Police officials say over two days, five cars had their tires wheeled away in the early morning hours in the Bruceville Road and Laguna Boulevard neighborhood.

"That's what they appear to be targeting," Jimenez said.

Hondas are a brand that frequently make the top 20 most stolen cars list annually because of the demand for their parts. Jimenez said Elk Grove police is investigating, increasing patrols and warning neighbors to stay alert for suspicious behavior. They're asking neighbors to report it to police.

Meanwhile, police are reminding car owners how to deter thieves when parking vehicles outside.

It also appears that the thieves are using whatever they can get their hands on to help lift the cars, including bricks and cinder blocks taken from neighbor's yards.

RELATED: Two adults, one teen arrested for breaking into at least 75 cars in Rocklin, police say

Bisbocci says his ring camera didn't catch the alleged tire-thief in action. He's since added another surveillance camera to his garage door and more.

Bisbocci said it is worth paying for the preventative measures instead of risking another theft. He said the latest ordeal set his family back $500 and lost time. Plus, he said he feels bad for his son.

"He's a spoke in the wheel to service our country, and while he's gone somebody vandalizes and steals his stuff," Bisbocci said. "You know, it's heartbreaking because people don't care."