Chancelor Fields-Colbert was shot at a house party in Fair Oaks Sunday morning after a fight broke out. 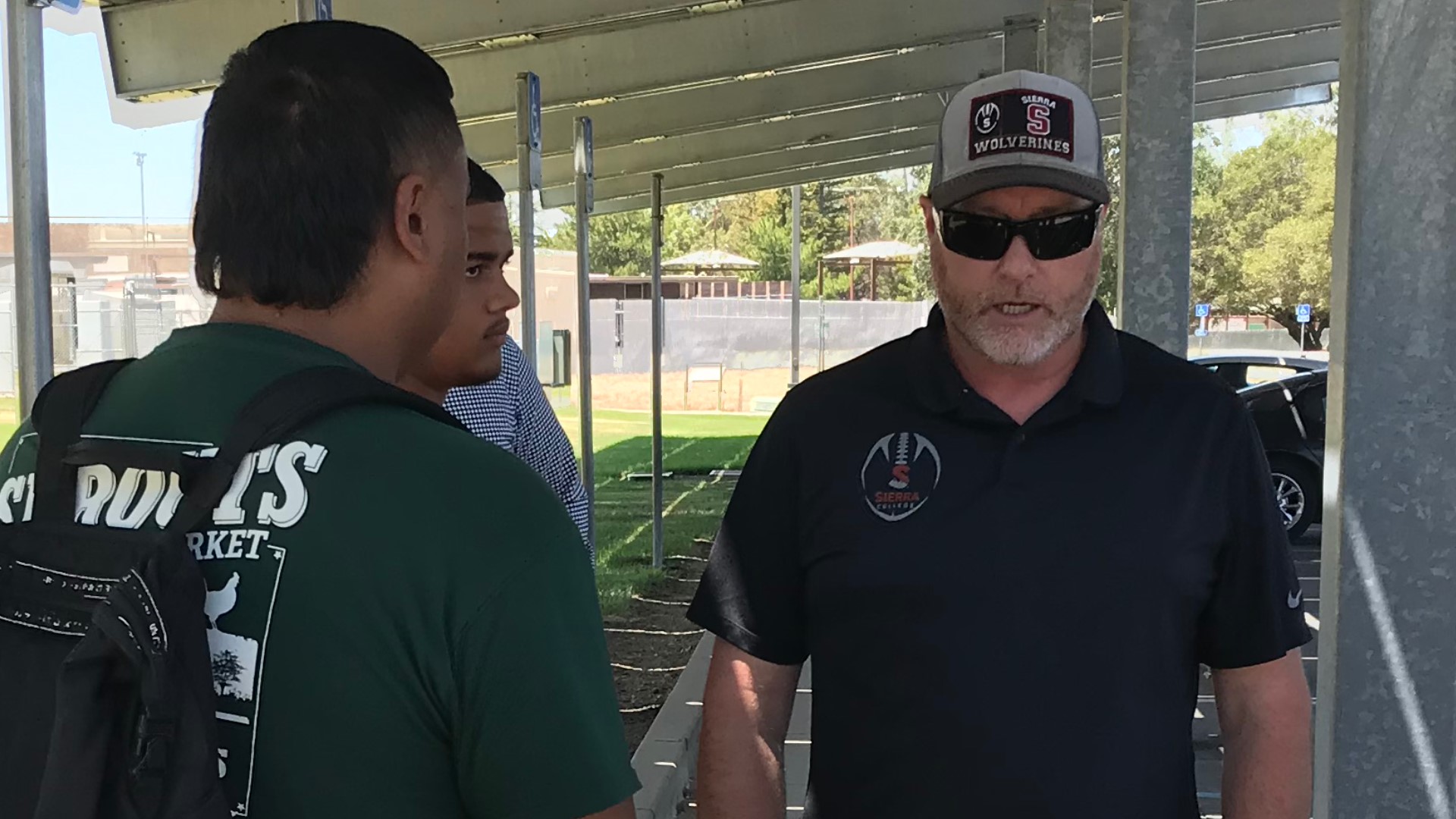 SACRAMENTO, California — Sierra College students and staff are mourning the loss of one of their football players. Chancelor Fields-Colbert has been identified by the college as the man who was shot and killed over the weekend at a house party in Fair Oaks.

Sacramento County Sheriff's Deputies were called to the 11000 block of Fair Oaks Boulevard around 1:30 a.m. after receiving a report of shots fired at a house party. When they arrived, deputies said they found a man in the road suffering from at least one gunshot wound.

The man was taken to the hospital where he was pronounced dead.

Reporter: “How is the team and staff holding up?”

Coach Noonan: “It’s disbelief and shock. It’s been a nightmare these last 48 hours and the kids are, you know, pulling it together and just want to be around each other.”

Mayde: “Can you tell us more about him, what he was like?”

Coach Noonan: “He was an incredible kid from Alaska. I can’t remember seeing finding any pictures that he wasn’t smiling in. He epitomized what we call the 'Wolverine way.' He just did everything right. I mean, the young man was working 4 a.m. shifts in construction and then coming to practice and going to school and just doing everything right, everything you ask a young man to do. And...his character was off the charts. His mom and dad, the family did an incredible job raising him.”

Mayde: “Have you been in touch with the family?”

Coach Noonan: “I’ve been in contact with his mom. Some of the worst conversations we’ve had in our lives, but we have to be there for her and part of coaching is dealing with those difficult conversations, like this one, and communicating with the mom, especially during the time where she did not know what was going on.”

Reporter: “Describe what you’re feeling, as a coach to this young man, and as you lead this group of young men past this?”

Coach Noonan: “Yes, ma’am, like I’ve been telling them, and I don’t want to sound cliché, but there is no playbook for this as a coach. It’s a nightmare. I’ve had other coaches reach out and I don’t wish this on anybody. You’re a mentor to these young men a father figure to a lot of them. We use the term 'love' a lot. We say, 'I love you.' and we feel like holding your feeling in and just trying to be the tough guy has nothing to do with being a man. Being a man is expressing your feeling to each other and being a human being, man or woman. So, I’m trying to be there for them but at the same time, you know, there is no script. I told them we will return to football activities when this team is ready to, not when we say, but when you guys (students) feel in your hearts that you want to be back out on this field together.”

Reporter: Let’s talk about him on the field”

Coach Noonan: “He was an incredibly high-energy guy, no selfishness to him. Last year he wasn’t a full-time starter, I believe. He started in a couple of games, but he was on every special teams’ unit. He was a starter going into camp right now and just super high-energy guy with a lot of athletic ability with a bright future ahead of him.”

Reporter: “What is going to be your message when you address the team as a whole for the first time since his passing?”

Coach Noonan: “You know, sometimes as in last night at the candlelight there aren’t words. [I] just assure them that we are going to honor him in the right way and any ideas that they have to bring forward, that they feel is the right way to honor him, to come forward and do what they want to do. I’m really letting them, you know, putting the pieces in play because I don’t want them planning anything, but I’m really letting them guide how this goes. It’s their team. It’s their family. It’s our family, but I’m just really following along and just feeding off how they feel and last night there wasn’t really a time for words.”

Mayde: “How will you remember him?”

Coach Noonan: “Oh, just his smile and breaking down our team 48 hours before he left us.”

School officials say a vigil will be held on campus sometime this week.