In security video shared with ABC10, the BurgerIM customer can be seen throwing a drink at a worker before the employee jumps over the counter and throws punches. 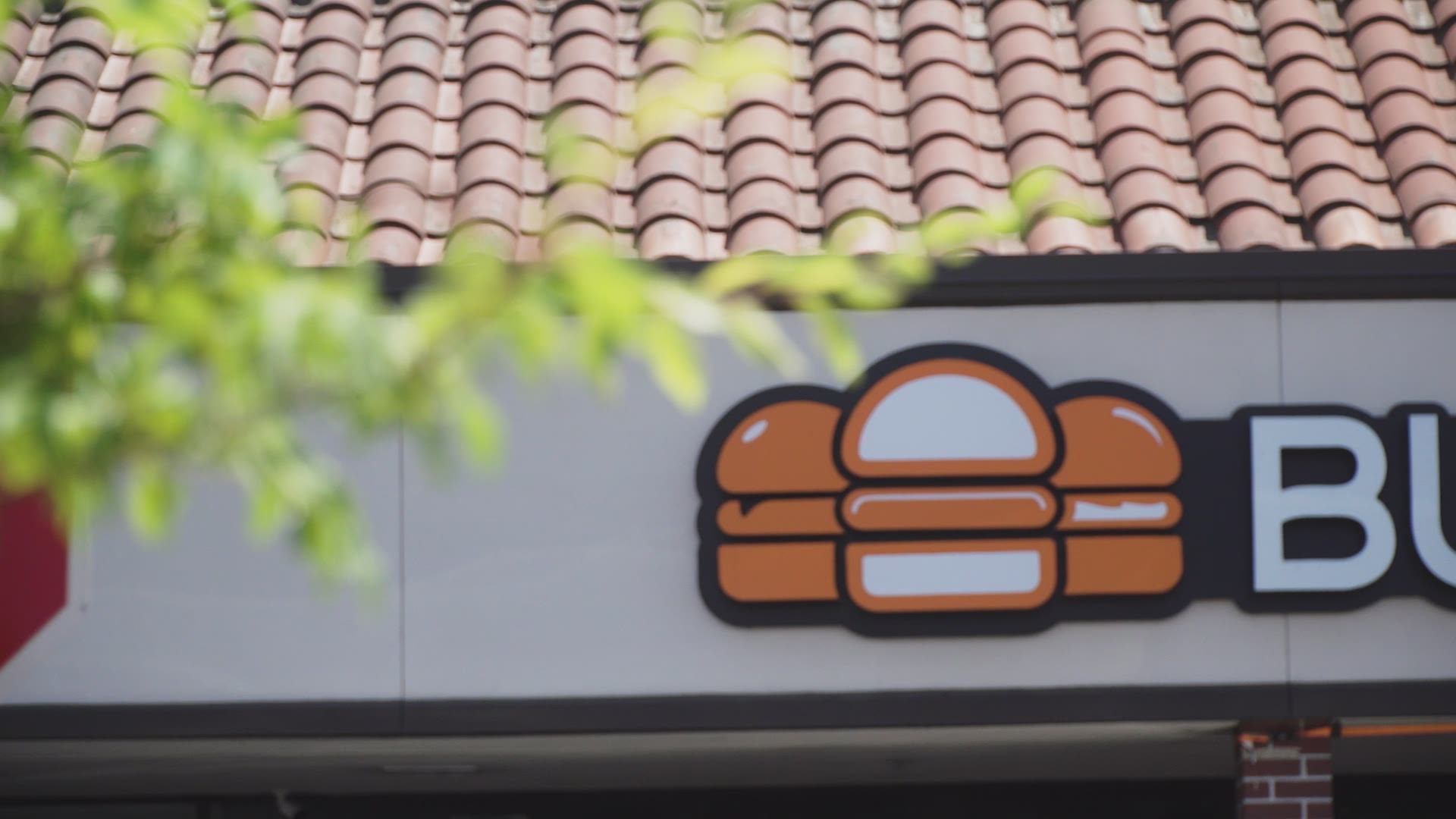 CARMICHAEL, Calif — What started as a regular Saturday night turned violent for Stephen Tran, who helps his parents run their family-owned franchise of BurgerIM in Carmichael, after he and a customer got into a fist fight at his family's restaurant.

The fight, which was recorded on the store's security camera and has since circulated on social media, started after the man allegedly hurled racial slurs and a drink at Tran, a Vietnamese-American man who was born and raised in Sacramento.

"He just said, 'F you and your ch--ky policy,' threw the little pager on the table and started walking out," Tran recalled. He said that the man came "back and started saying, why does he need to get out, and he just called me COVID, told me to get back to China."

Because the video has no audio, it's not clear what the customer said before the fight. Additionally, since the restaurant owner didn't press charges, there wasn't a police report and the customer's name is not public record, so ABC10 has not been able to hear his side of the story.

Before the fight started, Tran said the man refused to stand outside to wait for his food, a policy Tran said the restaurant has had in place since the beginning of the coronavirus pandemic.

Tran says the customer allegedly started shouting out racial slurs before being asked to leave with a full refund.

"So he threw his cup at me," Tran explained. "And, mind you, that in the middle of a pandemic, it's COVID, so we don't know that he has COVID or not," he said.

The video, which was provided by BurgerIM franchise owners, appears to show the customer throwing a drink before Tran jumps over the counter and begins punching the man.

"Jumping on the counter, it was a reflex," Tran said. "Just that this guy needs to get out of the store as soon as possible, because he was becoming a danger to all of the staff there."

Without audio from the security footage, Sacramento County Sheriff's officials said they do not have a way to prove what was or was not said. They did say, however, both parties were contacted and the customer was later issued a no trespass notice for BurgerIM.

The sheriff's office told ABC10 that while there were allegations of racial slurs being used during the argument, but it was about where the customer needed to stand while waiting for food.

Other than the no trespass notice, no charges were filed against either party.

Tran said he shared this video hoping that it would serve as a message to respect both retail and fast food workers during the pandemic.

"Now it's finally happened to me, and it's like wow,"Tran said. "Like, everybody needs to be educated to be humble and respect others. That respect factor there is, like, a lot of people don't have it anymore. The society has changed a lot."

WATCH MORE: Walt's Blender: Why has wearing a mask become a political statement?