Fifty-three passengers on the plane were screened after arriving to California, and four of them who showed symptoms were immediately taken to a hospital. 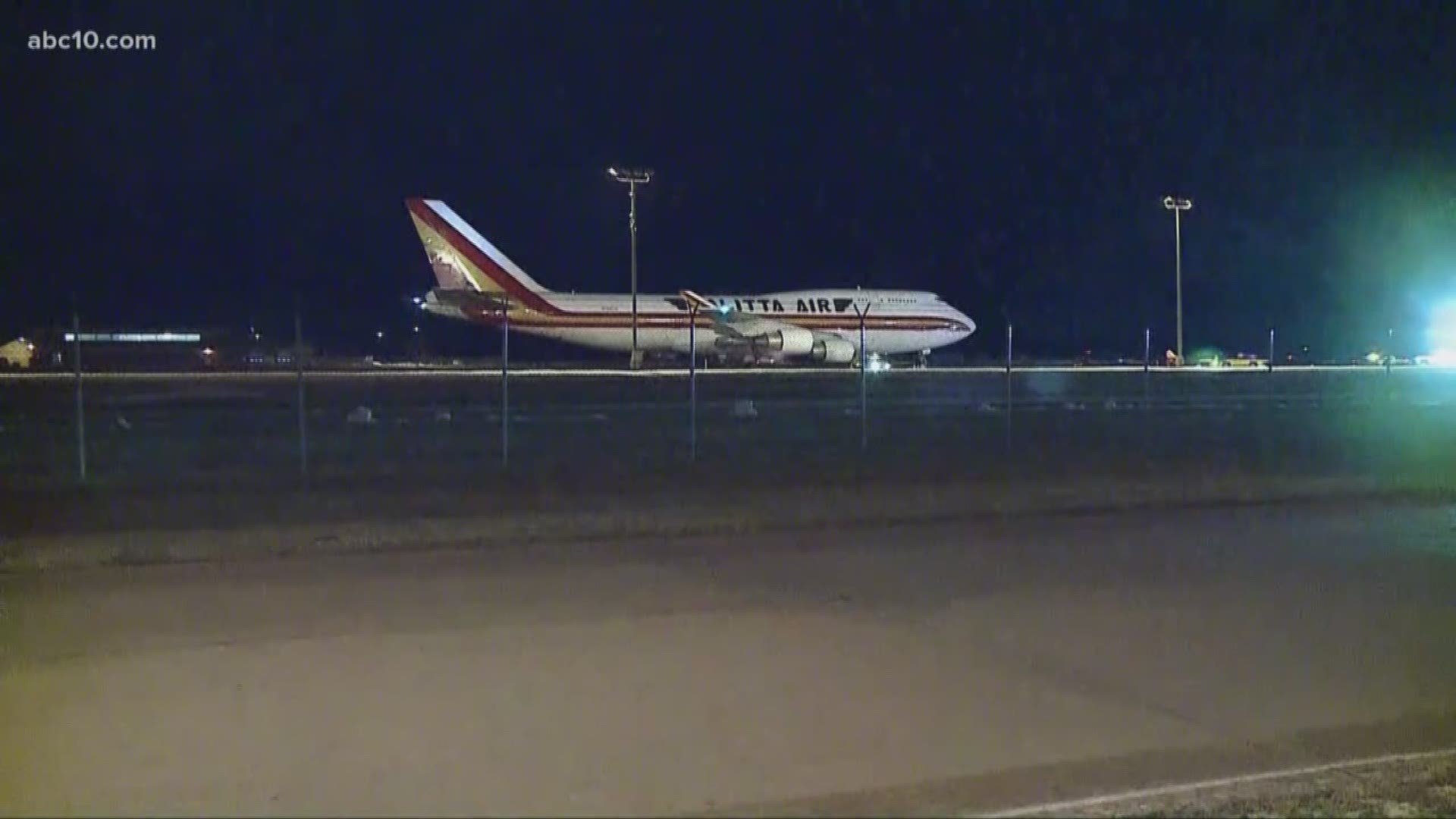 SACRAMENTO, Calif. — Five Americans who were being quarantined at Travis Air Force Base after traveling from Wuhan, China were taken to the hospital Friday after showing symptoms of the coronavirus, health officials confirmed.

Four of the travelers showing symptoms arrived at Travis Air Force Base early Friday morning with after being evacuated from China, the epicenter of the coronavirus outbreak, according to Center for Disease Control spokesperson Jason McDonald.

Fifty-three passengers on the plane were screened after arriving to California, and four of them who showed symptoms were immediately taken to a hospital.

The fifth person showing symptoms arrived to the base Wednesday when two planes carrying about 350 Americans fleeing China landed to be quarantined for 14 days. About 180 people on those planes stayed in Fairfield for observation, while the others went on to San Diego.

There are 234 people quarantined at the Air Force base.

Dr. Henry Walke with the CDC told ABC10 that neighborhoods surrounding the areas where Americans are being quarantined have nothing to worry about.

"You really only would be able to acquire the infection through close contact within six feet," Wilke said. "So the communities around these health care facilities, where these patients are being held in isolation, are at no risk."

As of Friday, Feb. 7, more than 31,480 cases of the novel coronavirus have been confirmed, a majority of which are in China. There have been 637 deaths in China from the virus.

In the U.S., only 12 cases of the virus have been confirmed. The five people taken to the hospital have shown symptoms but have not been confirmed to have the virus.

Still, health officials insist that Americans do not have to worry about contracting the virus while in the U.S. Instead, they are cautioning Americans to be as careful as they would in preventing the common flu.