The small group attended the Fairfield City Council meeting to protest the hire of Dustin Joseph to the police department. 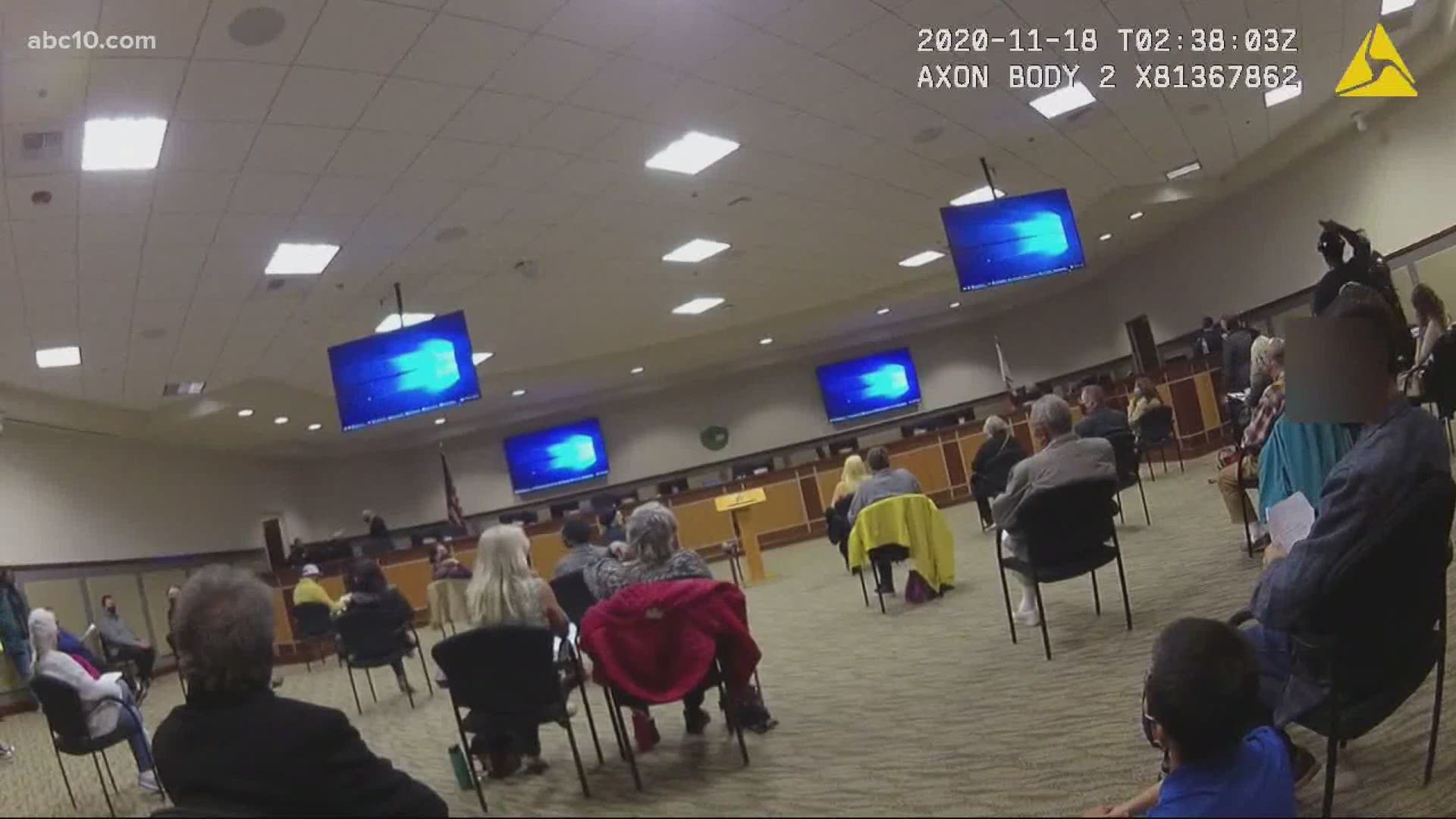 FAIRFIELD, Calif. — A community activist is speaking out after being arrested at a Fairfield City Council meeting on Tuesday.

Jimarielle Bowie, 23, was one of nine people arrested during the meeting. She said the group of activists with Fairfield Change went to the meeting seeking answers about former Vallejo Police officer Dustin Joseph being hired to Fairfield's police department. Bowie said Joseph is one of the officers responsible for killing Mario Romero in 2012 and William Heinze in 2013.

"We were protesting because he was hired onto Fairfield Police Department and we don't think he should be there," Bowie said. "We felt like city council has ended up neglecting the issues...and we said we just need one day where we force them to answer our questions."

The Fairfield Police Department said the group from Fairfield Change "disrupt[ed] the council meeting to the point it had to be recessed." But Bowie said the group was exercising their freedom of speech.

Bowie said they continued to chant and soon police entered the room.

"The city manager told folks, 'We told them multiple times. We tried to give them every option.' No, they didn't. I chanted for less than two minutes, two cops walked up to me and grabbed me."

The Fairfield Police Department said freedom of speech is a cornerstone of our society and is protected by the First Amendment of the United States Constitution.

"However, there are situations in which limits on a person’s First Amendment rights are appropriate, especially where the speech in question unlawfully disturbs or breaks up an assembly or meeting, such as a lawful council meeting," the police department said.

Bowie said she was charged with disrupting a peaceful assembly. She said it would be a miscarriage of justice if the charges aren't thrown out.

"We have a DA in a county that refuses to prosecute killer cops so choosing to prosecute protesters for rightfully demanding our right to public comment would be a very bad precedent," Bowie said.