"People around him were just better because they were around him," Vanden High School head football coach Sean Murphy said of his former player. 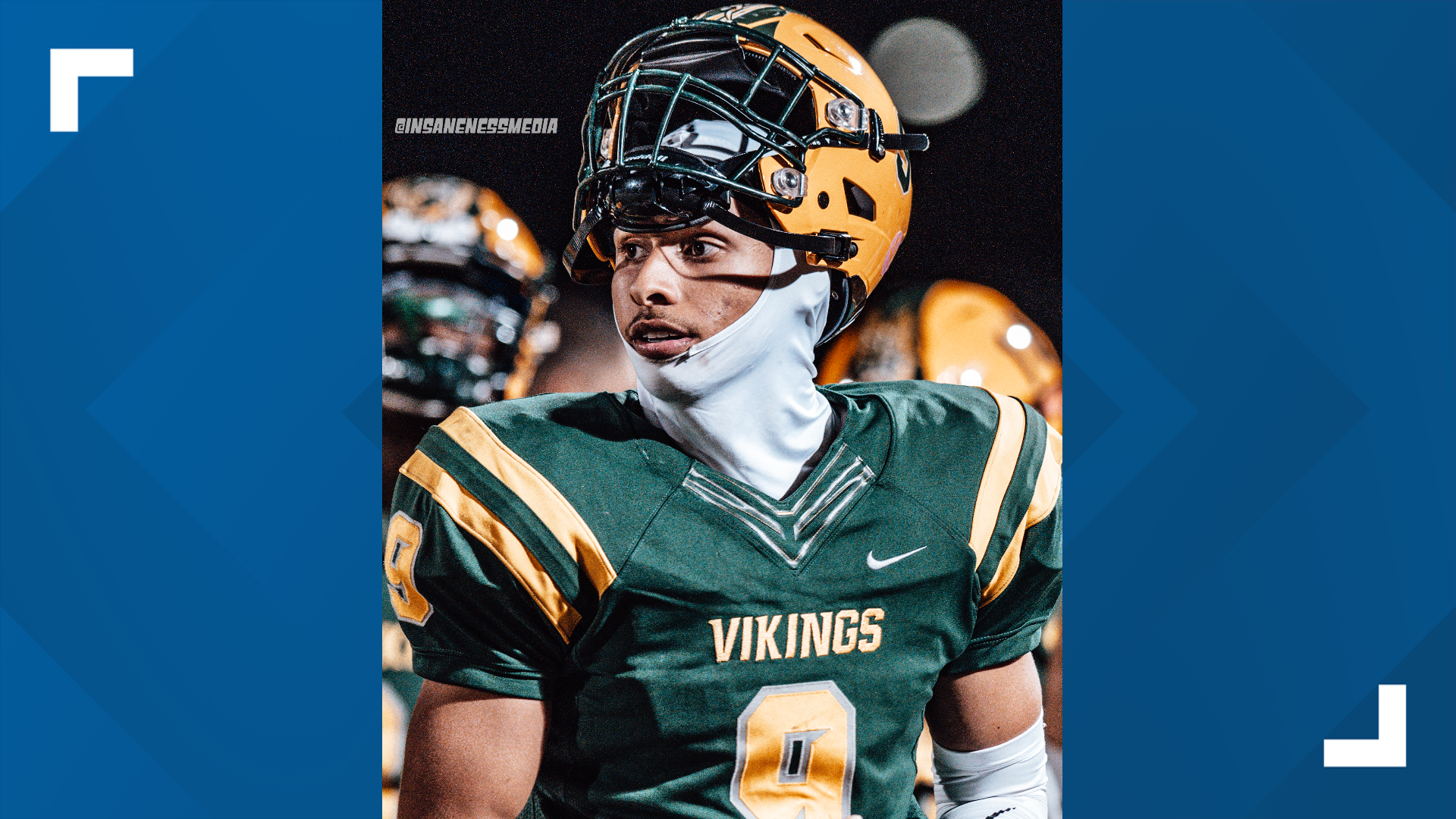 FAIRFIELD, Calif. — Fairfield is mourning the loss this month of a Vanden High School student athlete who had dreams of playing football at a D1 school and beyond.

Daniel Hughes, 17, was shot on April 4, 2021 on the 1000 block of Broadway Street in Fairfield, according to Fairfield Police. He was transported to the hospital with critical injuries. He died just a couple weeks later on April 20th.

It came after a year of uncertainty and isolation for high school athletics teams due to the COVID-19 pandemic. The spring 2021 football season came as a joy, and Hughes was in great form.

"He was really just starting to come into his own as a young man, you could see him growing," Head Football Coach Sean Murphy said. "And he just had a bright future."

Hughes' teammates and football and basketball coaches described him not only as a talented athlete, but as an empathetic and caring young man.

"His family brought up a great young man, we're very blessed to have had the time that we had with him," Head Basketball Coach Mike Holloway said.

Holloway said when he got the call that Hughes had been shot, he rushed to the hospital.

"Couldn’t believe it happened. Even when I got there, there were tons of people outside, just supporters of his, just trying to put all the pieces together of what happened," Holloway said.

Fairfield Police said James Williams, 18, surrendered himself on Tuesday, April 6th after they had issued a warrant for his arrest. Williams was a friend and former teammate. His attorney said the shooting was a "tragic accident."

Hopeful that Hughes would pull through, the Vanden Vikings football team dedicated their last two games to him.

"As a team, they made a commitment that they were going to finish the season for Daniel," Murphy said. "People around him were just better because they were around him."

Teammate I'saac Montgomery said he was devastated to learn that Hughes had succumbed to his injuries.

"He kept me going. He was a great teammate. A great brother," Montgomery said.

Vanden High School's athletic conference, the Monticello Empire League, this month honored Hughes as a player of the year for the spring 2021 season.