According to the family, it all started in July 2019 when one of Jefferson-Henkel’s roommates found her hanging inside a closet. 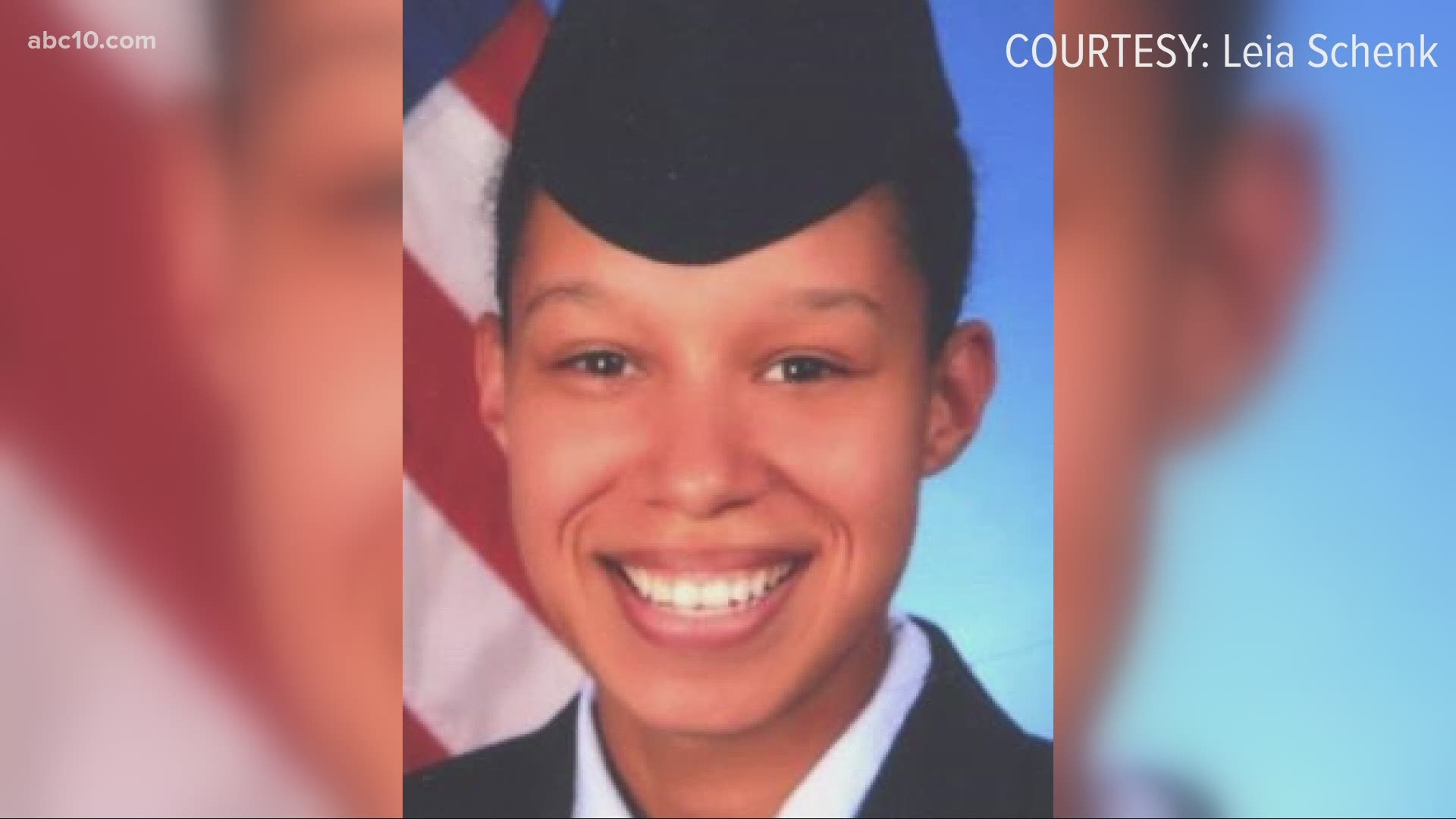 FAIRFIELD, Calif. — The family of a Travis Air Force Base Senior Airmen is demanding answers from the military after her sudden death was ruled a suicide.

Family members of Kayli Jefferson-Henkel gathered at Travis AFB Wednesday morning to call on the military for a deep investigation after her death last year. They believe it’s a cover-up because her body had several injuries.

According to the family, it all started in July 2019 when one of Jefferson-Henkel’s roommates found her hanging inside a closet. However, the story on how the roommate found her hasn’t been investigated, family spokesperson Leia Schenk said.

“We think it could’ve been anyone that was in the house that day because her body was not conducive to a suicide,” she said.

Schenk told ABC10 the family has requested an autopsy several times, but it has been denied without explanation.

“That’s why we have a number of demands in place,” she said.

According to Schenk, Travis Air Force Base has chosen not to address the situation and now it’s time to fight for justice.

When asked if the family was given an explanation about why her death was ruled a suicide, Schenk said Travis AFB officials, “claim that she contacted a suicide hotline right before her death. However, the suicide hotline has no record of her name or phone number calling.”

The family believes Jefferson-Henkel’s death is a part of a bigger issue nationwide. They say deaths of young women of color in the military keep getting ignored and enlisted men keep getting excused.

“Across the nation right now, we are having a lot of issues within the military internally, especially with young girls of color, that are coming up dead and there’s no answers as to why,” she said.

Now, the family, friends, and supporters want justice for all the victims.

“She represented and fought for this country, so we want the Air Force Base to give her the dignity of exactly what happened to her that day,” Schenk said.

ABC10 reached out to Travis Air Force Base for the latest on the investigation, but we haven’t heard back.