A helicopter contracted by PG&E hit a high voltage power line near Fairfield. 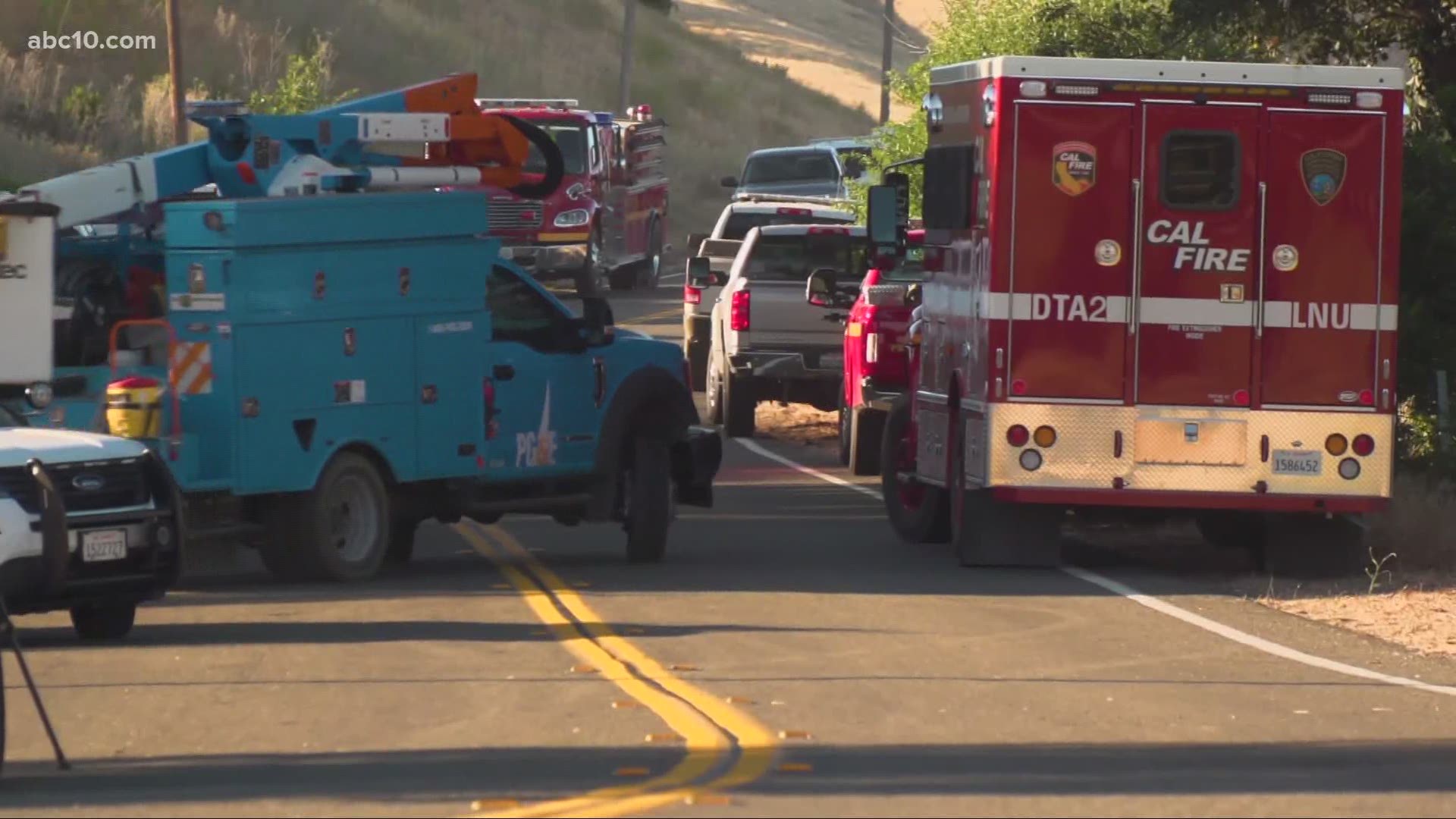 PG&E spokesperson Brandi Merlo said the helicopter was contracted by PG&E. It hit a high voltage transmission line which started a fire in the area. The fire grew to about seven acres.

The helicopter caught fire after it crashed, and three responding Cal Fire firefighters received minor injuries after an engine rollover while they were heading to the site.

Those firefighters were taken to hospital.

3 on board confirmed dead by Solano county sheriffs office. Pg&e confirms it had contracted the helicopter and it hit high voltage transmission lines. @ABC10 https://t.co/V9pbyFmi1T

38,000 PG&E customers lost power after the crash happened, according to the Solano County Sheriff's Office. PG&E turned off power to de-energize the line after a request from Cal Fire.

According to city officials in Fairfield, PG&E hoped to have power back on by 5:30 p.m. However, Merlo said high temperatures in the area might have power restoration take longer than usual.

Both the FAA and the National Transportation Safety Board are investigating the crash.

Helicopter crash in Solano county. 3 believed to be on board according to FAA. ABC10