CHP says some of the spectators were throwing rocks, bottles and firecrackers. 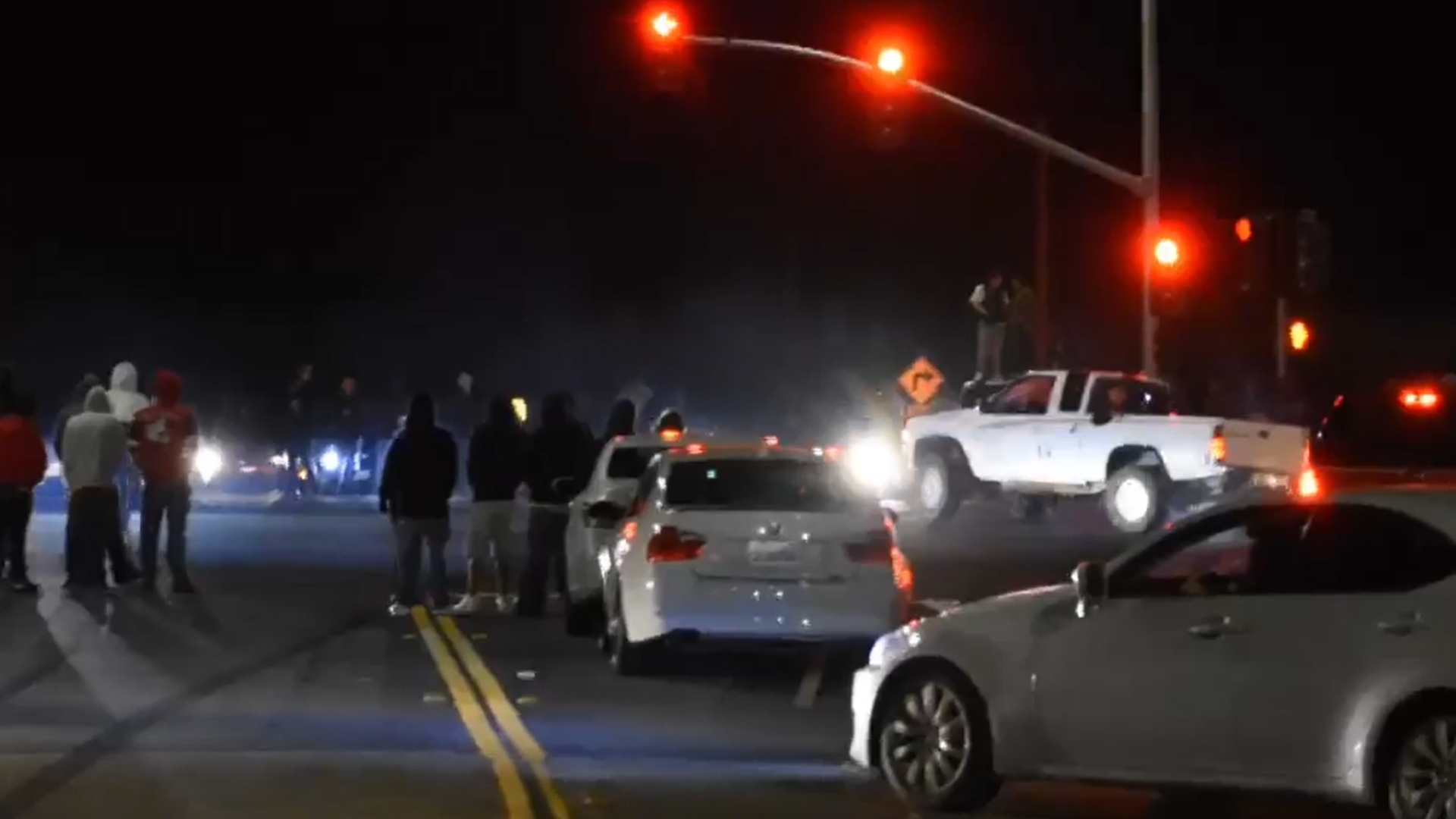 FAIRFIELD, Calif — A “sideshow” drew hundreds of spectators and shut down an intersection in Fairfield early Sunday morning.

A witness, Nicholas Wilson, captured video of the incident at the intersection of State Highway 12 and Pennsylvania Avenue around midnight.

A sideshow is a kind of illegal street party where drivers and spectators, sometimes in very large numbers, gather and block a roadway while some perform donuts and burnouts in their vehicles.

According to the California Highway Patrol (CHP), officers were out patrolling when they stumbled upon the sideshow. Approximately 200 people were out watching the spectacle. CHP says some of the spectators were throwing rocks, bottles and firecrackers.

Wilson is a stringer. He listens to scanners for any emergencies like a car crash or a shooting and then goes out there and gets footage to sell to news stations.

For this sideshow, we didn't buy his footage but he let us air it with a courtesy.

"This is the biggest sideshow I've ever seen especially in public," Wilson said. "Usually people here go private and not like this."

Wilson said the crowd got dangerous.

"I almost saw a group of people right in this walkway of the crosswalk about four people almost get hit and missed the car this much," Wilson said.

Officers say they had to shut down the eastbound connector from Interstate 80 to SH 12 to keep unsuspecting drivers out of danger. The scene was cleared around 12:45 a.m. No arrests were made, but one vehicle was towed.