The so-called Mountain Meadow Fire, which is burning near Interstate 80 in the Solano County city, has only burned 50 acres, but is threatened by wind. 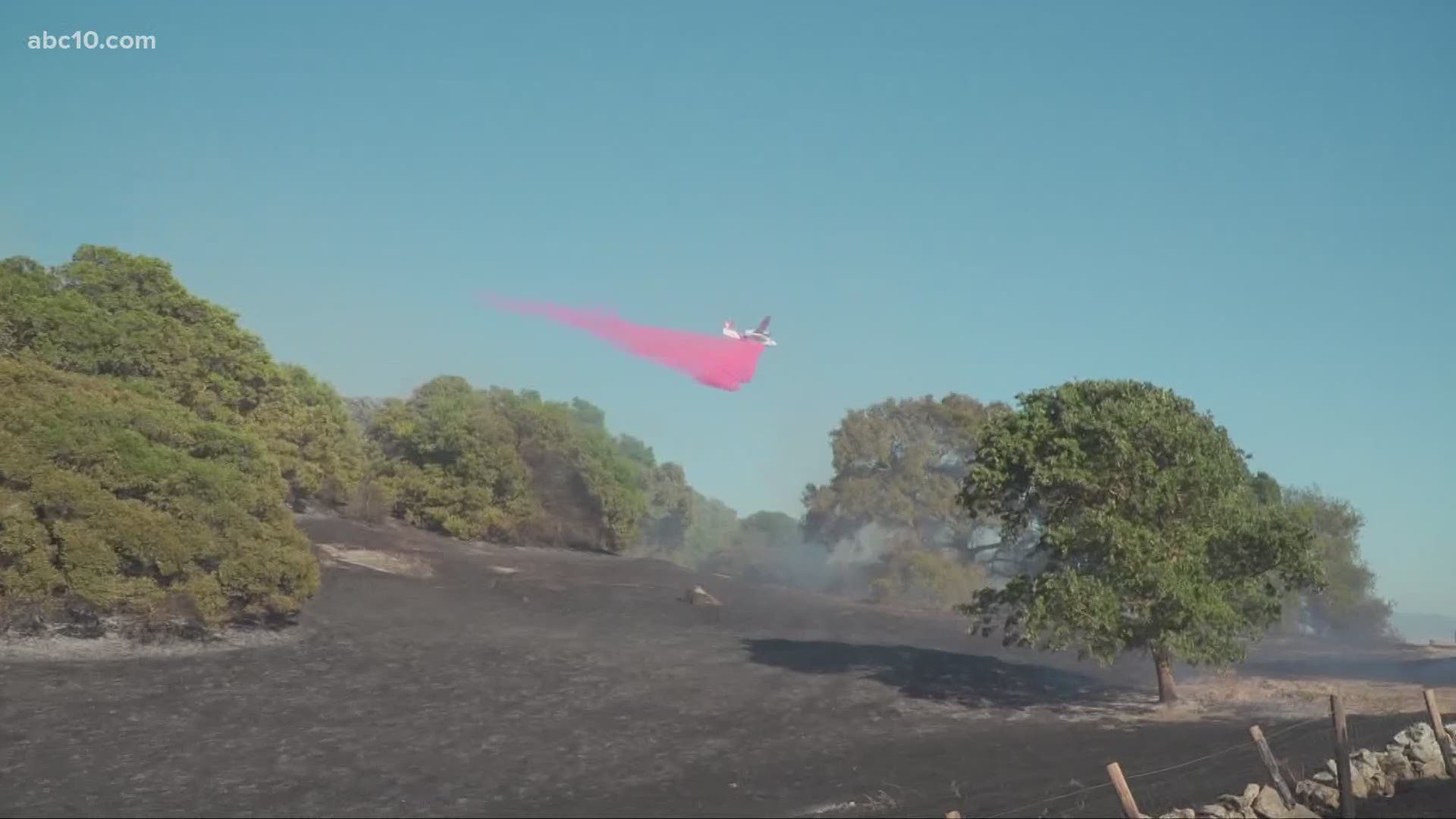 FAIRFIELD, Calif. -- Cal Fire officials say the fire is now under control. According to experts, overnight winds weren't as strong as expected and pushed the flames towards vegetation and away from homes.

The Mountain Meadow Fire has burned about 60 acres in Solano County, South West of Fairfield.

Some crews were still working on some hot spots on main problem areas near Cordelia Road on Monday morning.

No damage to homes has been reported. The cause is under investigation.

Evacuations and road closures near the area where the Mountain Meadow Fire is burning have been lifted, according to Fairfield police officials.

The fire, which started burning early Monday evening, had threatened dozens of homes and forced evacuations of residential and business areas near Interstate 80 off of Mountain Meadows Drive and Cedar Creek Court.

Crews are facing wind gusts of up to 30mph through tomorrow morning as they continue to battle the small grass fire.

The so-called Mountain Meadow Fire, which is burning near Interstate 80 in the Solano County city, has only burned 50 acres off of Mountain Meadows Drive and Cedar Creek Court.

Officials say the fire started around 5 p.m. and is threatening dozens of homes in the area.

Due to a grass fire, the following residential streets have been or are being evacuated:

Although the fire has burned few acres, high winds in the area are threatening to spread the fire.

The cause of the fire is unknown.