Video of the grandmother's arrest has gone viral and has been seen by millions of people. 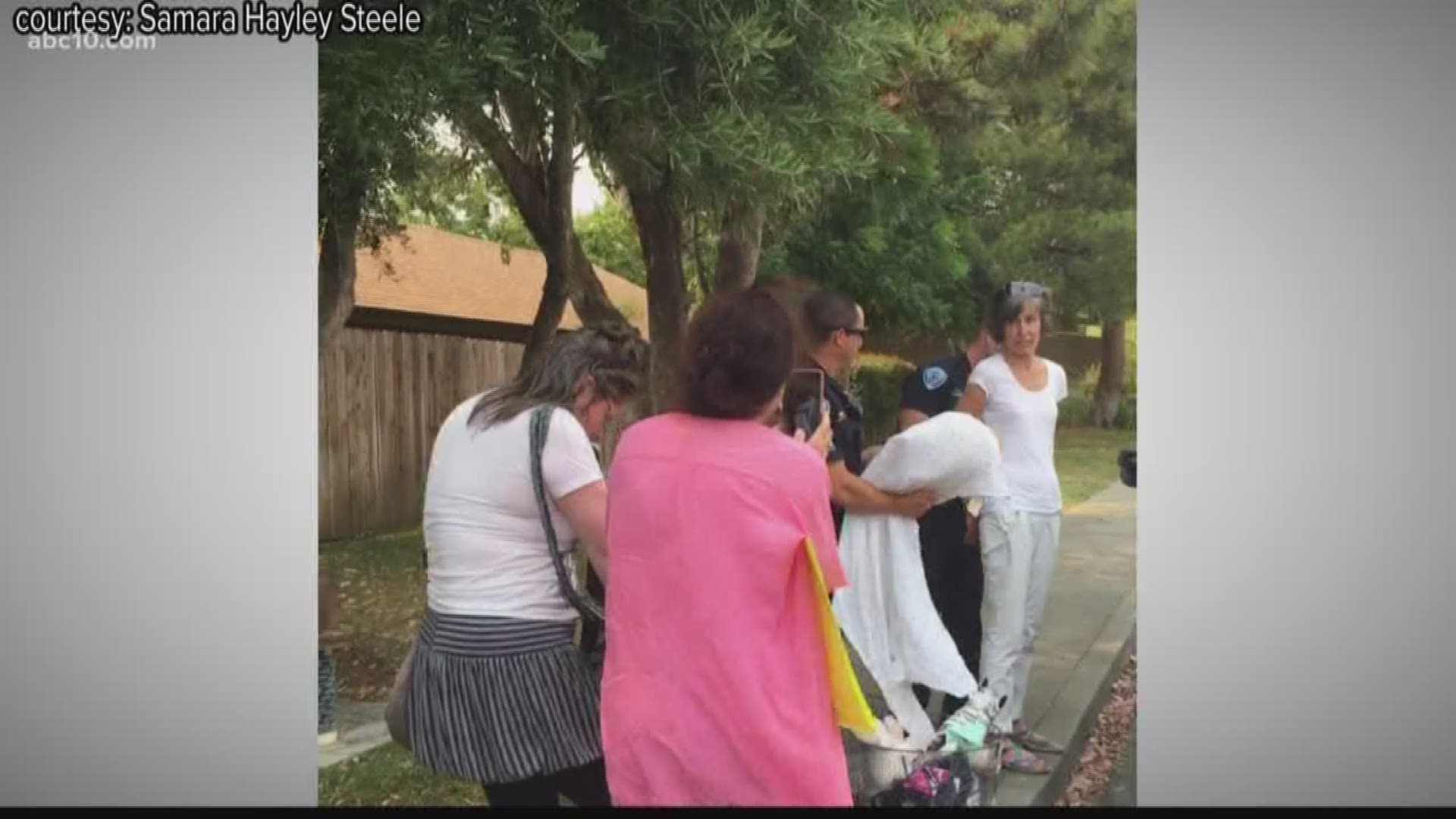 A group mostly made up of mothers and grandmothers was started after audio recordings were leaked by ProPublica from a U.S Customers and Border Protection facility.

Samara Hayley Steele, who is part of the group called 'Solidaridad con los Niños,' said it they decided to start 'caravaning' to different facilities they believed were housing migrant children separate at the border.

They wanted to show their support for reuniting families by singing lullabies outside and delivering toys they collect to give to the kids.

Last Sunday, July 1, they organized a few dozen people, starting with a church service in Berkeley. After the service, they drove to Fairfield to visit the Baptist Child and Family Services; a facility they believed housed migrant children separated from their families

Steele said many of the volunteers tried to explain to the employee and the officers that they just wanted to see the kids and give them toys. They had hoped if they couldn't see the kids, they could just leave the toys behind.

Many of the volunteers also sang lullabies while a few of them went back and forth with the police officers.

Steele said two of the women, including a grandmother of six from Oakland, Liz DeCou, were arrested for trespassing. Video of Decou's arrest has gone viral and has been seen by millions of people.

ABC10 reached out to the Baptist Child & Family Services by phone and email, but has not gotten a response. On their website, they are described as a "global network of non-profit organizations operating health and human services programs."

Because the County has no contracts, service agreements or any knowledge as to what goes on at BCFS, one of our County Supervisors, Erin Hannigan and our Deputy Health and Social Services Director from Child Welfare Services, paid a visit to the location late last week. The place has received so much media attention as of late, they wanted to see for themselves what exactly goes on there. They were greeted at the door, however, after some persistence, not allowed to enter the facility. They were told that no migrant children who were separated from their parents are being housed there. That was the last communication the County has had with the facility, as far as I know.