Sacramento diver Mike Pelley found a drone in the American River with video of a thrill-seeker jumping more than 100 feet off Folsom Truss Footbridge. 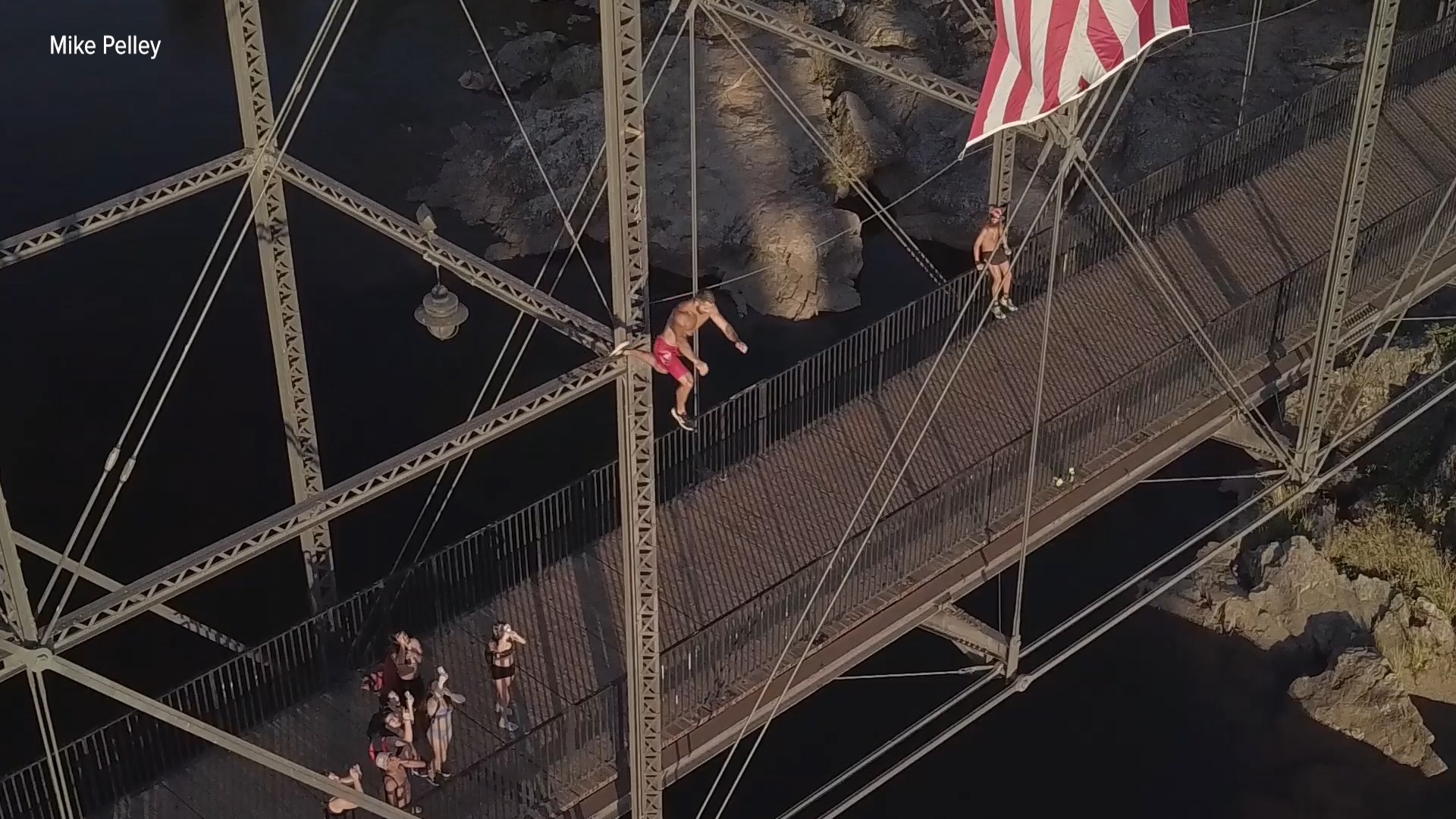 FOLSOM, Calif. — Mike Pelley, the diver who finds peoples' lost items in lakes and rivers, found a drone on August 6 and is looking to return it to the owner.

Pelley said he had found drones before, but not with this kind of footage. The video shows a daredevil climbing Folsom Truss Footbridge and then jumping more than 100 feet into the American River.

"Yeah it was one of the most heart-racing videos I’ve ever seen," said Pelley.

Pelley said while he did find the bridge jumper from the video, he still has had no luck finding the owner of the drone.

"It was cool, but at the same time I would never recommend that to anyone just because it is highly illegal and super dangerous," said Pelley. "I’m not trying to promote the bridge jumping, I'm just trying to get someone’s drone back to them."

Pelley is right about the illegality of jumping from bridges. In a statement to ABC10, California State Parks said that "CA Code of Regulations makes it illegal to jump off bridges along with rocks and other objects into any body of water."

Since August of 2019, the Citrus Heights man has been diving in and around Sacramento County, searching for treasures and trash. Pelley goes by Merman Mike on his YouTube channel, where he shows his underwater journeys and the things he finds.

"I try to return any sort of valuables I find," said Pelley. "I thoroughly believe you can’t just get the treasure, you have to get the trash too."

Pelley has found all kinds of things like bikes, phones, watches and even a $17,000 ring back in June, which he was able to reunite with the owner.

"My favorite days are the days I find a valuable where I can hopefully return back to the owner," Pelley explained. "It's such a great feeling because I get to use my skill set to help somebody else who can't do it themselves."

If you or someone you know has recently lost a drone in the Folsom area of the American River, contact Mike Pelley on his Facebook page, Merman Mike.

WATCH ALSO: Merman Mike | Local YouTuber and diver takes on the rivers for trash and treasures