Several people were transported to a nearby hospital with burns after a boat caught fire at Folsom Lake Sunday afternoon. 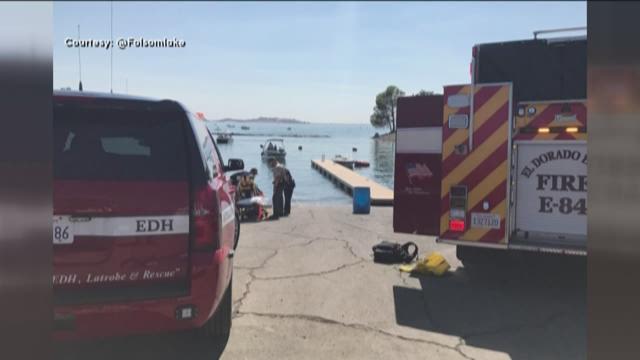 Several minors were transported to a nearby hospital with burns after a boat caught fire at Folsom Lake Sunday afternoon.

The boat was at Browns Ravine Marina when El Dorado Hills firefighters were sent to extinguish the fire just before 4 p.m.

Someone was fueling the boat when a “flash fire” ignited gasoline vapor when the boat’s ignition was turned.

An adult with a fire extinguisher was present and used it to make sure the fire was out, according to El Dorado Hills Fire Department spokesman Russ Hasemeir.

The minors all suffered minor burns.

Hasemeir used the incident as a reminder to make sure boaters make sure engine ventilation systems are operating to prevent gasoline vapors from igniting. If the boat is not equipped with a ventilation system make sure you wait for any gasoline fumes to evaporate before attempting to start the motor.