Overnight, someone vandalized a sign in front of the building, drawing a swastika and writing “white power” in spray paint. 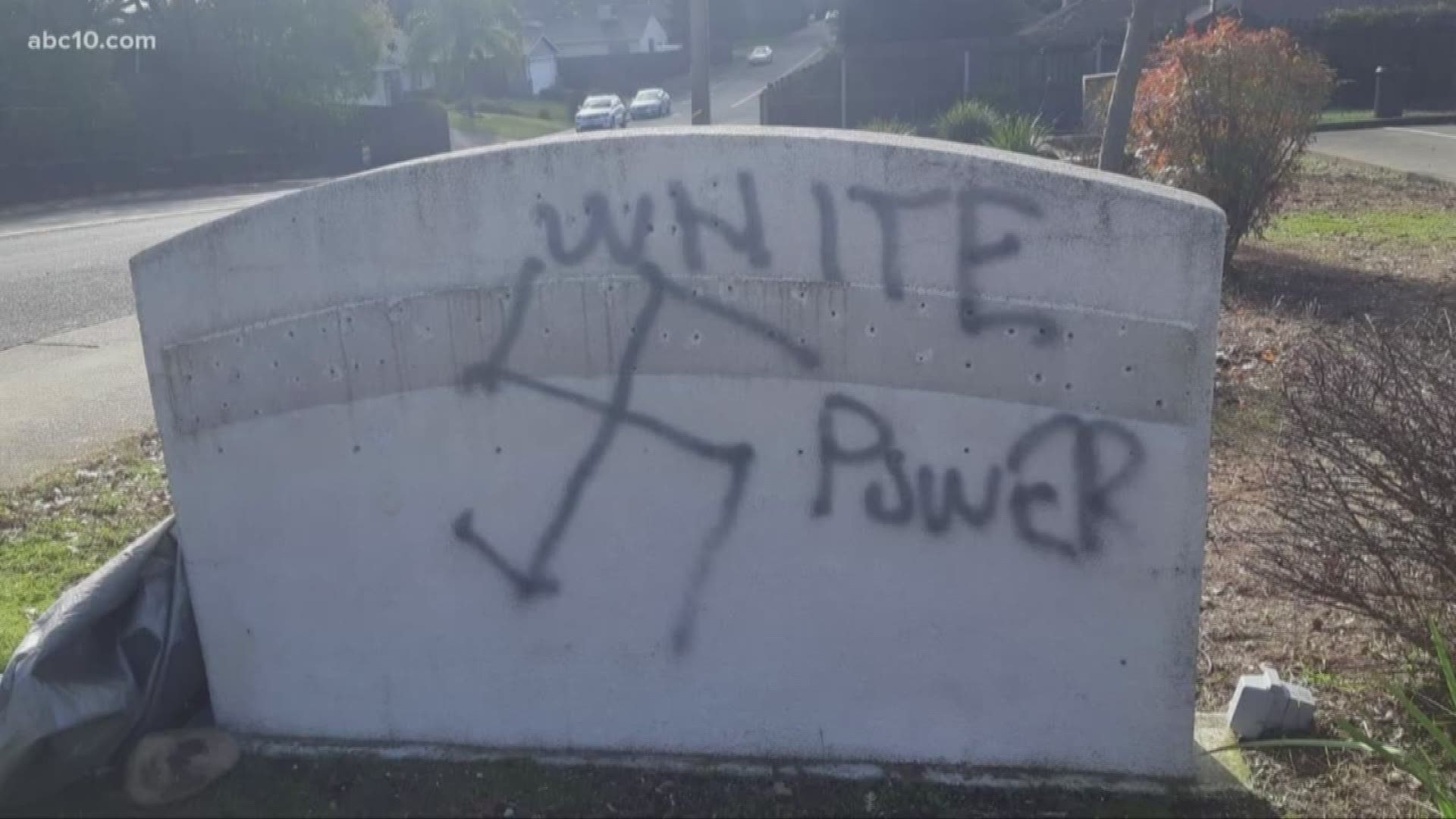 ORANGEVALE, Calif. — In a span of just 48 hours, the people who attended a newly-opened Sikh temple in Orangevale went from celebrating its launch to having to deal with racist graffiti.

But as members of the temple say, it's hateful acts like that that only make their community stronger.

"Everybody is coming together,” said Dimple Bhullar, a volunteer at the temple. “We're getting an overwhelming response on social media from other faiths and other religions. Their leaders saying that they're standing with us."

Overnight, someone vandalized a sign in front of the building, drawing a swastika and writing “white power” in spray paint.

Despite the racist graffiti left outside the day before, many Sikhs filled the temple Monday evening to worship and celebrate a birthday, focusing their energy on spreading love.

Despite the hateful vandalism, investigators are not labeling this as a hate crime but are investigating it as one.

The FBI's latest annual report on hate crimes showed a 200% spike in anti-Sikh violence in the united states since 2017. The numbers make Sikhs the third-most commonly targeted religious group, according to the FBI's data.

Sacramento County Sheriff’s officials say they have to prove that the suspect, or suspects, knew they were vandalizing was a religious establishment — something that the temple doesn't necessarily illustrate.

In the meantime, the Sikh community has a message for the person, or people, responsible for the vandalism.

"Come and sit with us. Break the bread with us,” Dr. Harbans Singh Sraon. “We love you. We'd like to talk to you. We'll let you know who we are. We will entertain them."