'He was a nice guy, until you talked to him about anything he hated' | Orangevale man identified as alleged 'Neo-Nazi' leader 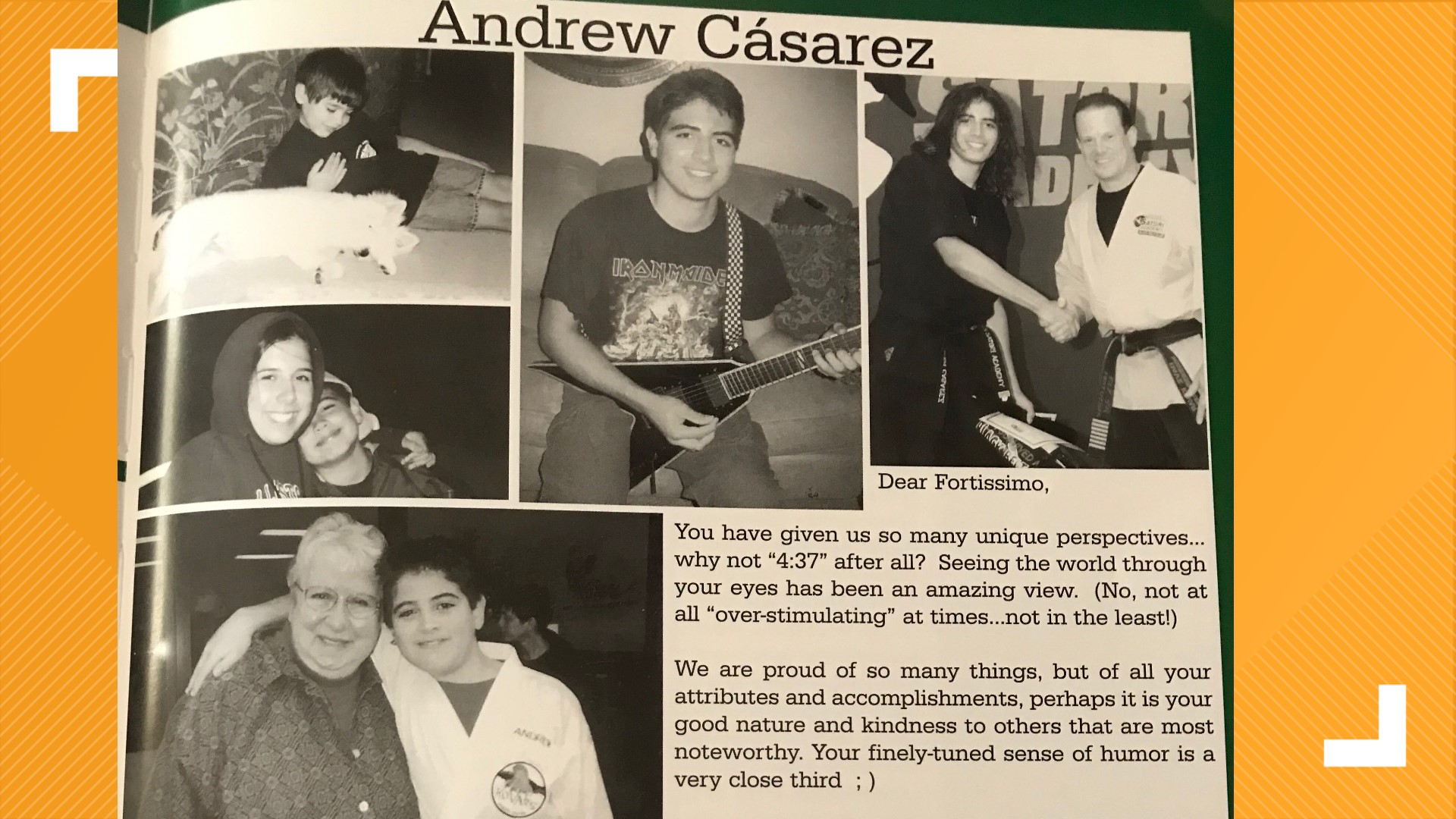 ORANGEVALE, Calif. — A 27-year-old Orangevale man has been identified by anti-fascist researchers as an alleged "Neo-Nazi" leader of an online hate group, according to a HuffPost investigation.

After Andrew Casarez, 27, was identified by the group called Anonymous Comrades Collective earlier this month, the Sacramento County Sheriff's Office opened an investigation and served a search warrant at his home, taking one gun and issuing a "Gun Violence Restraining Order" which means he can't legally own or carry a gun.

"He is a danger to the community, has presented himself as such online and that we felt that it rose to the level of taking immediate action," Sgt. Tess Deterding, a spokesperson for the Sacramento County Sheriff's Office, said. "For detectives, the reason that that's important because they felt that if this individual was going to make good on some of the propaganda that he puts out online."

The sheriff's office is now investigating any possible connection between Casarez and two hate crimes in Orangevale. One incident was at a synagogue, defaced with posters praising Dylann Roof, Adolf Hitler and a white supremacist website in 2017. The second was at a new Sikh temple vandalized with a swastika and the words "white power" in 2020.

"Yesteryear's version of the homicidal racist killer wearing a Klan robe and hood is so 20th century," Professor Brian Levin, Director of the Center for the Study of Hate and Extremism at Cal State in San Bernardino, said. "Today what we're looking at these kinds of dangerous folks, we're looking at the Nazi next door, they're hiding in plain sight, they're online."

Levin and HuffPost claim Casarez was hiding behind the online name "Vic Mackey," and was the alleged leader of an online hate group called "Bowl Patrol," which is named after Dylann Roof, the man convicted of killing nine people at a church in South Carolina.

Casarez was apparently known for his online posts about potential acts of violence on minorities and idolizing convicted killers like Roof.

"The combination of this is just too creepy for comfort," Levin said. "I think the Sacramento authorities did exactly the right thing, they may have very well prevented another ticking time bomb from committing an act of terrorism here in the United States."

A former high school classmate, who declined to a give name out of fear of retaliation from Casarez, said this behavior has been going on a lot longer than whenever he started going under the Vick Mackey persona.

"I would say the biggest feeling is this idea of shock, but not surprised," the former classmate said. "I remember him sharing memes from 4chan back in the day. And 4chan is still the exact website as it was 15 years [ago]. We’re normalizing students behavior to go on these really terrible websites and something needs to be done about it."

No charges have been filed and no arrests have been made in this case, but the sheriff's office said both state and federal officials are now involved with the investigation of this case.