Facebook group spreads kindness through Folsom, one rock at a time

Paint a rock, give a rock, take a rock-- these kindness rocks in Folsom are one way to spark joy in pandemic times. 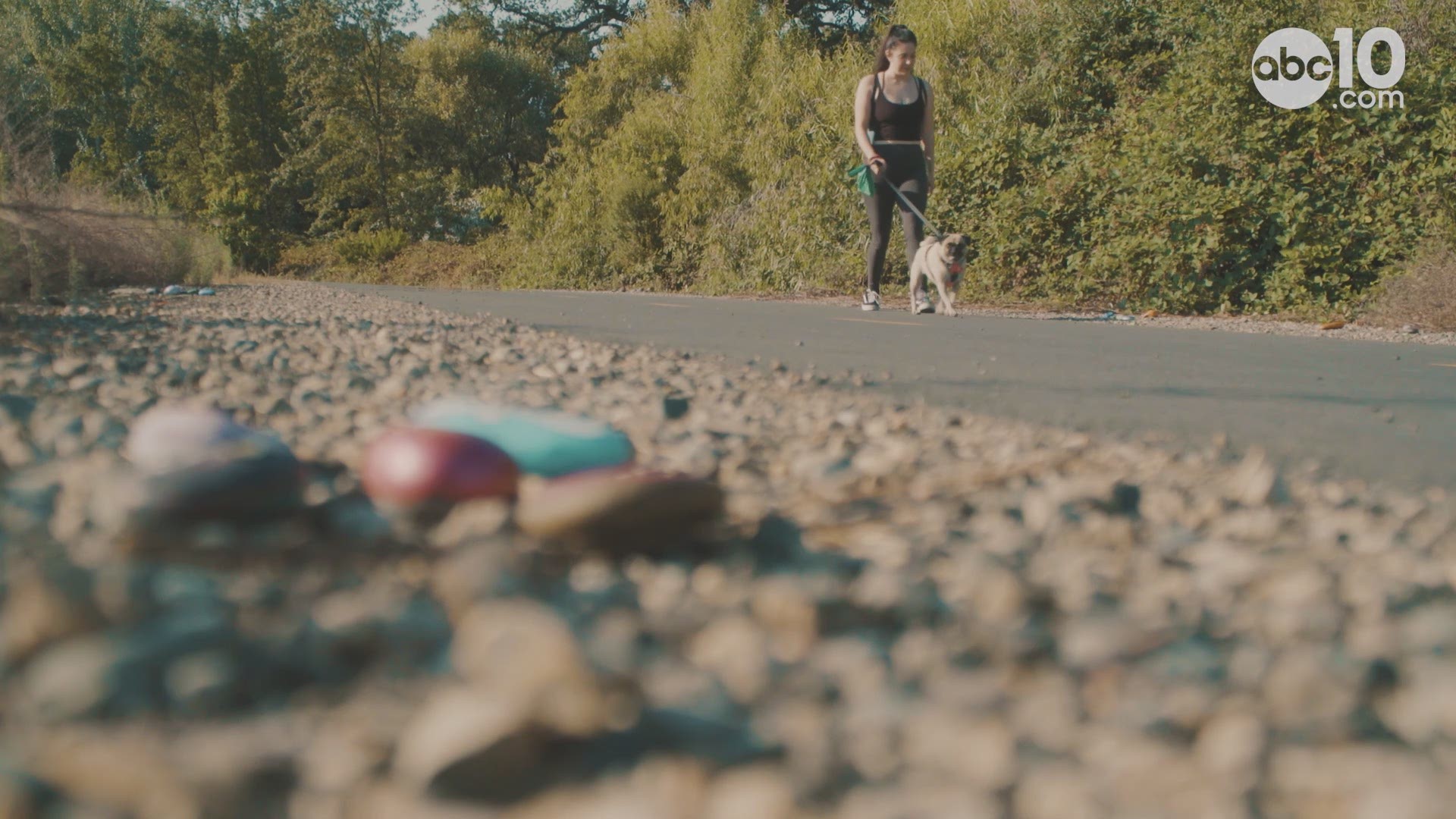 FOLSOM, Calif. — When wandering the trails in Folsom, don't forget to look down. "Faith," "Be Kind" and "U got this Folsom!" are just a few words phrases you'll see on the painted rocks below.

Since the initial pandemic concerns in March, the Rocks of Folsom Facebook group has gained nearly double its members. It's possible that these words of encouragement are just what this community needed.

"It’s so simple. I mean, it’s a rock," Heidi Bonnett said, laughing as she explained the movement.

Bonnett created the "Kindness Trail" that sits behind Folsom Fire Station 39. She remembers the first time a simple rock made her day.

"My husband, who has early onset Alzheimer’s, does a walk around our neighborhood every day," Bonnett said. "He has a path that he can do because he knows it. And one day, he came home with this rock, and he was so excited that he found this rock."

After stumbling upon the rock, Bonnett found the Folsom Rock group on Facebook where the meaning and rules are stated: "The goal is to bring a smile to someone’s face, make someone’s day and bring happiness to all!"

"Sharing kindness through painted rocks," Bonnett explained. "So you can take a rock if it inspires you or it means something to you. You can take a rock and share it with someone who might need a bit of an uplift, or you can go paint more rocks and leave them for other people."

"I wanted to do this whole kindness rock thing for my community," Ferguson explained.

Before COVID-19 cases ramped up in California and schools were shut down in March, Ferguson said had close to 600 group members.

"So many members were home and had children and that’s where it started growing," Ferguson said. "Now we’re at 1,200 members."

"It’s fun during this time when we’re stuck at home," said Aly Tambini a preschool teacher from Folsom.

"They just love it," Tambini said. "Even my two-year-old- he's so obsessed with rocks in general. So when he gets to paint them and we go to the trails, he has to point every single one out."

Ferguson's Facebook group and many like it are inspired by The Kindness Rocks Project that was created in 2015 by Massachusetts life coach Megan Murphy. Murphy's movement has since sparked local and even worldwide projects.

Ferguson said it's a movement that brings her joy.

"I just love the whole idea of it bringing smiles to people and making them happy," Ferguson explained. "It's just a fun hobby to do and to bring that kindness to the whole community."

Thank you to neighbors on Nextdoor for letting us know about neighbors spreading kindness. If you have a story let Alanea Cremen know on the Nextdoor page or email her directly at acremen@abc10.com