Folsom investigating why copper pipes are leaking inside many homes

One plumber says he's received dozens of calls. The city says it is monitoring the drinking water supply and hasn't made any changes to the water treatment process. 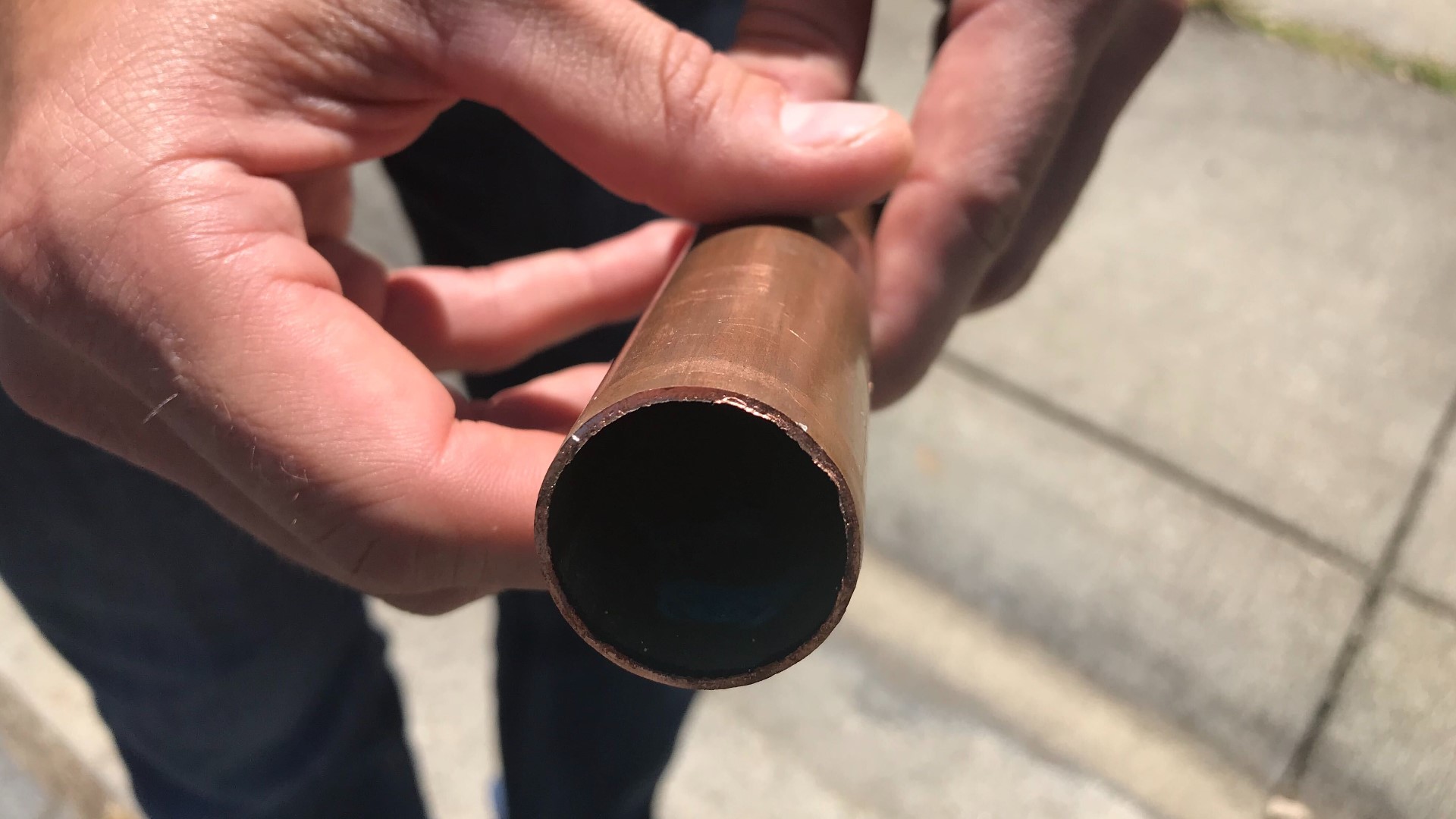 FOLSOM, Calif — A pinhole size water leak in copper pipes are causing Folsom many residents thousands of dollars in damages.

“Three weeks ago it was late night we thought we heard a sprinkler system turning on or something we looked around and finally we saw it dripping from the top of our window seal to the bottom,” Folsom resident Andre White said.

Andre White who lives in Folsom's Prarie Oaks neighborhood described the moment when he discovered his house was being filled with water due to a mysterious leak in his kitchen.

“I don’t know how long it had been leaking but it had just sprouted at that time so we finally heard it so we cut it out," White said. "Most insurance doesn’t cover the actual plumbing so we had a plumber come out and fix the plumbing for us we couldn’t use the water till the."

White said the problems with the small copper pipe that had to be removed cost him almost $15,000 to fix. Three weeks later he is still left dealing with the damages.

“We already did all the demo, plumbing is done now we are just waiting for quotes from different contractors and depending on how much work they have which sounds like a lot we will see how long we have to sit with a hole in our wall and ceiling,” White said.

In a statement posted to its website, the city of Folsom says the Environmental and Water Resources Department is looking into the problem by sampling water and inspecting copper pipes.

"City engineers are examining potential causes, including quality and age of the pipe materials, installation methodology and workmanship, unexpected foreign debris in the copper pipe, mixed metals in the plumbing, and water composition," the statement says.

RELATED: Here's how the city of Folsom got its name

ABC10 showed a picture of the pipe from White’s home to longtime Folsom plumber Gerard Nakache and he said he is called out for leaks like White’s often.

“People have been calling us up for repair," Nakache said. "They said that they have leaks in the attic, leaks in the walls. So we have one call, two calls, three calls, four calls and then it became 20, 30, 40, 50.”

Nakache said that from his 35 years of experience, he thinks the copper pipe is not the issue but instead, it is the chemicals in the water that are eroding the pipes and creating holes.

“We do not guarantee to the homeowners that after we fix one leak that the leak will stop.  It can continue. It happened to this lady. She had three leaks in a row in her house,” Nakache said.

The city says it is monitoring the drinking water supply and hasn't made any changes to the water treatment process.

"City engineers are not aware of any causal connection between the drinking water and the pinholes in the copper pipe," the statement says.

The city is advising residents who are having leaks to contact the City’s Water Quality Division at 916-461-6190 or waterquality@folsom.ca.us.

STAY UP TO DATE ON EVERYTHING HAPPENING IN FOLSOM BY DOWNLOADING OUR APP:

► MORE FOLSOM: Johnny Cash might have been singing the Rocklin Prison Blues if not for an odd deal between California and a Folsom businessman. John Bartell hits the backroads to learn about the history of the original Folsom Dam.