For many people who live in Folsom, waste rates have not been adjusted in 15 years. 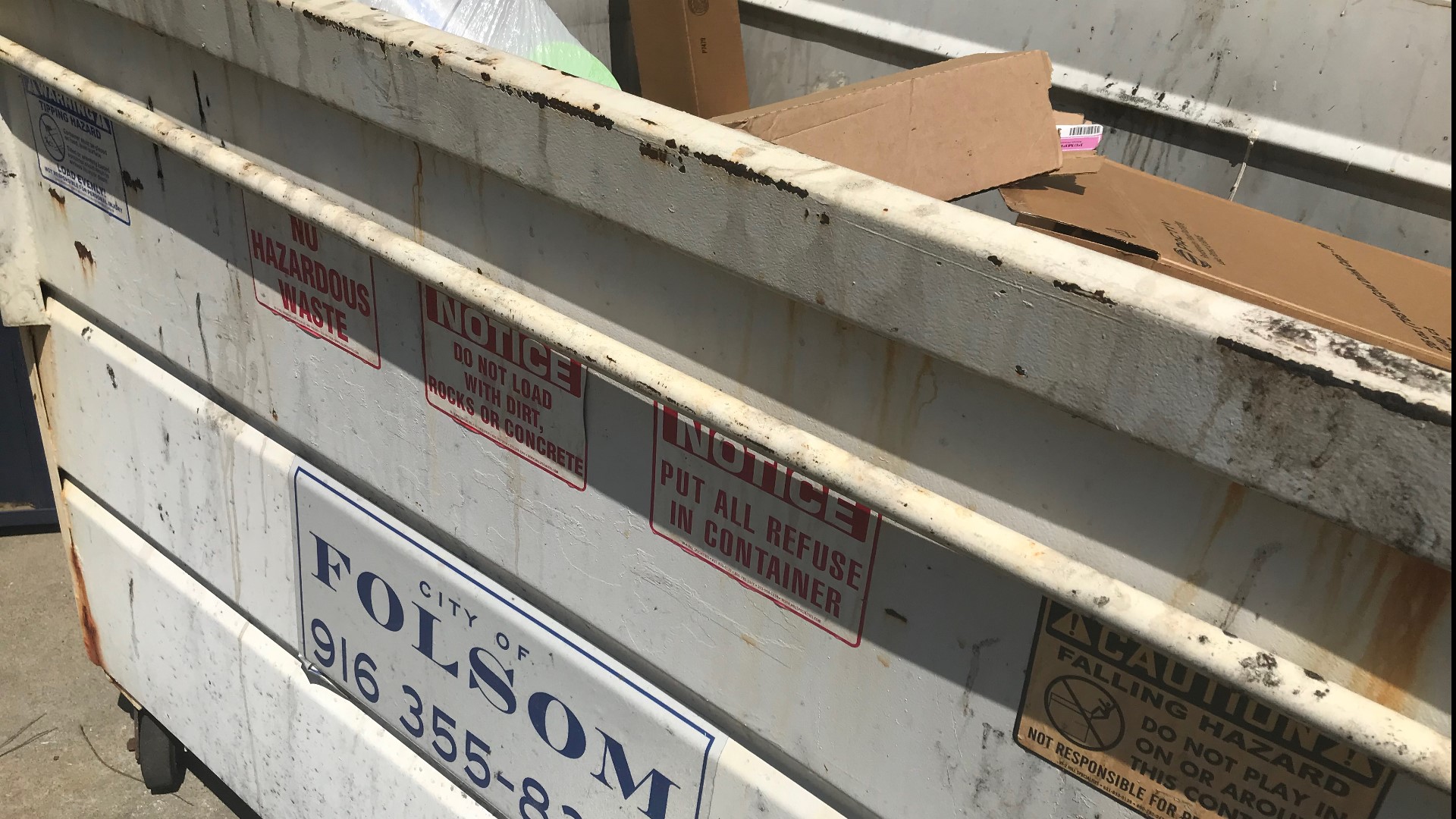 FOLSOM, Calif. — Folsom residents are wondering how much they'll have to pay for utilities after the Folsom City Council reviewed a utility rates increase analysis report Tuesday. The report was submitted by the city's Public Works and Environmental and Water Resources Departments.

The city council reviewed the analysis during a workshop, not a public hearing. And no votes have been made on the rate hikes. Christine Brainerd, the city's communications director, said another workshop is planned but no date has been set.

"I think that the bills that we get from the City of Folsom are more than reasonable," Storbo admitted. "And I'm willing to pay more if it means that we're putting in better infrastructure and planning for the future."

Future planning is a big component of the utility rate analysis report. It includes an evaluation of capital needs of each utility division for the next 5 years. The city said the Solid Waste Department is currently experiencing frequent breakdowns and costly repairs of an aging fleet.

"They're always blowing lines on the trucks," Storbo said. "The hydraulic lines are blowing all the time. I see big oil spills and the other groups have to come out and clean it up. It seems like... maybe they need some new trucks."

Others, like Folsom resident Andrew Balderas, aren't happy about the prospect of paying more for the same services. Balderas recently purchased his own home and said he now sees how the utility bills add up each month.

"When I first saw they were increasing the rates, I thought, 'Okay, how much is is going to be?'" Balderas said. "And when I was reading through the article that I posted on social media, it seemed like it was going to be a significant increase that was going to affect a lot of citizens here."

Under the proposal, over the course of 5 years, garbage rates could more than double. By 2024, the average home with a 64 gallon garbage can could expect their charges to go from $22.50 to $46.50 per month.

"I just want to tell the elected officials and councilmembers, if you vote for this, I'm not going to vote for you guys," Balderas said.

Still, he admitted some increase overtime is likely inevitable.

"I would like to see more detailed information on the whole operating expenses that are going to start causing this increase in our rates," Balderas said. "I just think they need more transparency."

Brainerd said they encourage all residents to stay informed by subscribing to the city's newsletter on their website. She said they should also attend future meetings and share their input with the city council.