For $1 an hour, thousands of California inmates help battle the state's massive wildfires

Once the inmates are approved to work on the fire line, they have to go through the same entry level training that CAL FIRE's seasonal firefighters go through. 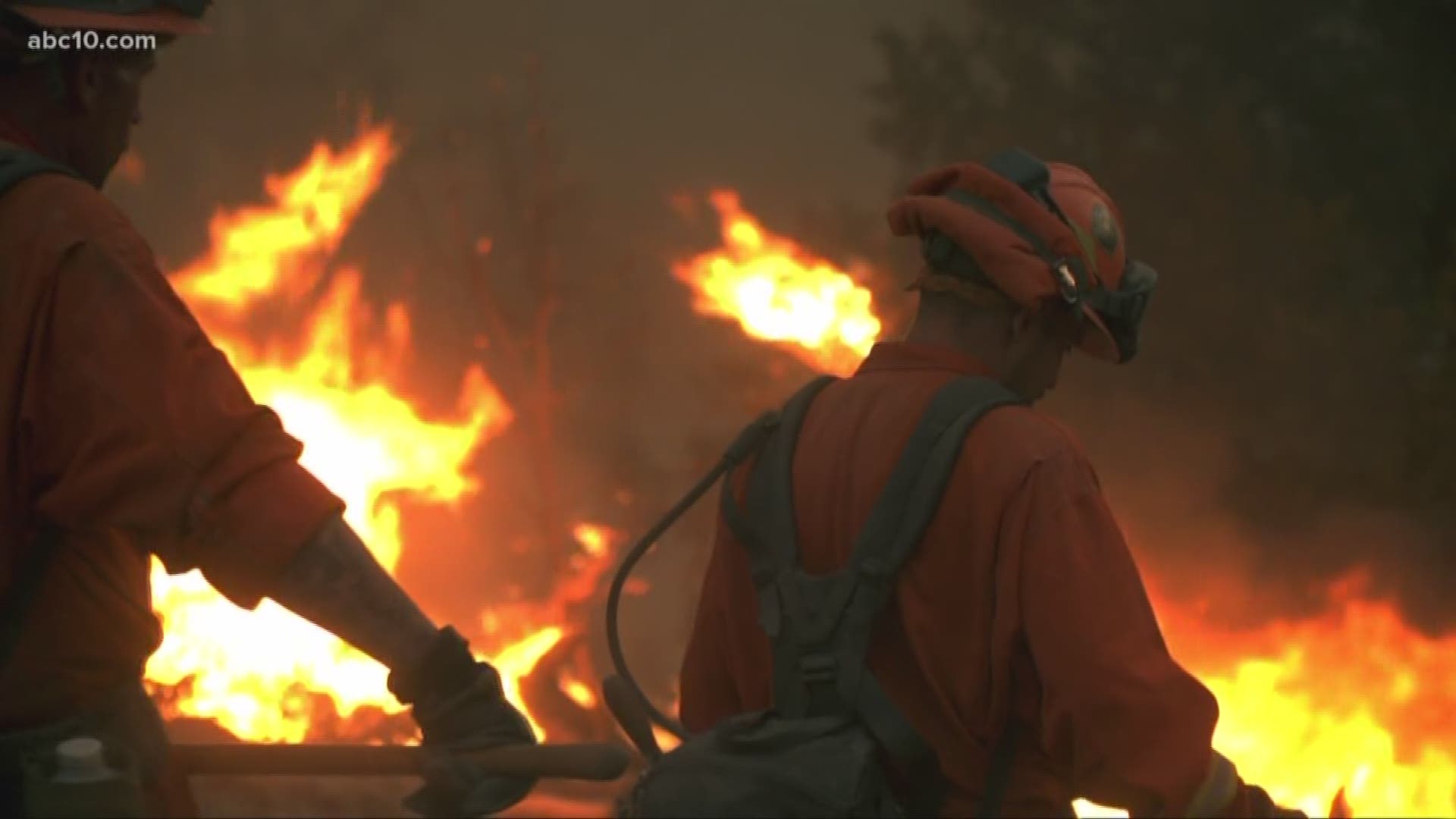 Thousands of inmates with the California Department of Corrections and Rehabilitation are helping to put out wildfires across California.

Any inmate can apply, but not all will qualify. In fact, it's a coveted job.

Robert McBride has been working wildfires for 10 seasons. He started when he was 19.

"I was a young kid looking around the first fire," Mcbride recalled. "All I see is flames all over the place and the guy's handing me a shovel, and saying 'Yeah, go in there and put this out.'"

ABC10 was invited to follow them to the fire line. The inmates are under supervision to do what firefighters are doing. They are cutting hand lines, mopping up hot spots, and holding resources when there are fires on the ground.

An inmate who wants to join the crew must have "minimum custody" status or the lowest classification based on good behavior. They must also be certified as physically fit and show the appropriate attitude and aptitude to work on a fire crew. There are 3,400 inmates working at fire camps.

Inmates are paid $1 per hour when they are fighting an active fire. They also get extra credits off of their sentence by working in a fire camp.

Once the inmates are approved to work on the fire line, they have to go through the same entry level training that CAL Fire's seasonal firefighters go through.

ABC10's crew hiked to one of the areas the group was working on. Some inmates say hiking is one of the hardest parts.

Richard Segovia, with the Sugar Pine Conservation Camp, is one of those inmates.

"The stuff we get to do, like the hiking, that's very hard," Segovia said. "It's difficult. On certain situations, the terrain, depending on where you're at, it could get real painful sometimes. But you just got to push through it."

The team was working on a back firing method to control the fire. Many of them work 24-hour shifts minimum.

"Normally, our shifts are 24 hours," Mcbride said. "Sometimes that turns into 36 or 48 hours, where all they do is bring us water or more food and make us keep going."

It's hard work, but Mcbride said it's rewarding job.

"Honestly, the favorite part that I enjoy is being able to give back, because I'm an inmate and I've done some bad things," Mcbride said. "And being able to do something good for the community, and do something well in my life, instead of just being in a warehouse, makes a big difference."