For sale: A look inside the 'Double Domes' home in Eden Prairie

Listed for just under $3 million, this Eden Prairie home is housed in two connected geodesic domes. 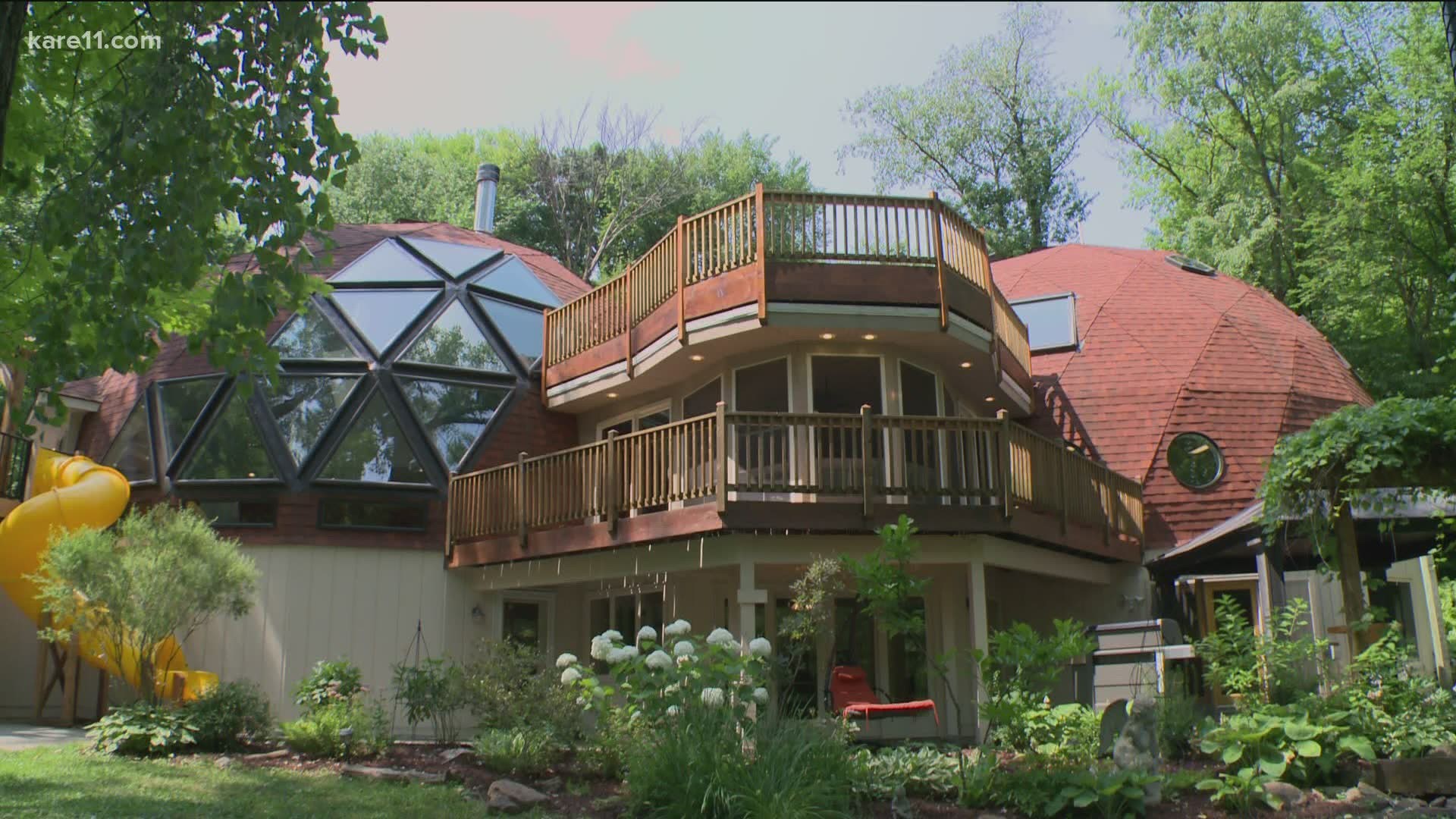 The "Double Domes" home hit the market Tuesday. Edina Realty has listed it for just under $3 million.

The home — housed in two connected geodesic domes — was built in 1977 by doctors Gail and Roger Farber. Buckminster Fuller, the American architect who popularized the geodesic dome, has even visited the property in the past.

"It's a really special home," said Sarah, who bought the home in 2014 and spent two years renovating it.

"We just knew at that time we will never have an opportunity ever in our lifetime to have a house like this and raise our family and so we made it happen," Sarah said.

Her family, including four kids, lived there until moving to New Prague. They held on to the house for awhile but have now decided to sell it.

"The inside, the outside, it's like a fantasy home," said Jason Zoellner with Edina Realty. Zoellner is selling the home with fellow realtor Carrie Ledermann.

While there are other geodesic dome homes out there, Ledermann said this one is unique.

"It's a double dome and just the scale of it is very large compared to a lot that you see out there," Ledermann said.

Four junior bedrooms connect to each other through a loft playroom. The primary bedroom includes a private treetop deck.

"Every single bedroom, minus one, you really are sleeping under the stars," Sarah said.

The property features two slides. One of the slides leads to the outside while the other slide is completely indoors, leading to the amusement room. A hidden door disguised as a book shelf leads to a movie theater room. A hallway has been transformed into an indoor putting green with monkey bars overhead.

Credit: Heidi Wigdahl
The amusement room includes a slide that takes you to the room from the floor above.

"The whole property is just magical it really is. It's just a place where my kids can use their imaginations and run wild," Sarah said.

The property, located at 6525 Rowland Road, sits on 1.8 acres and is across from Bryant Lake Park. There are three levels of decks.

FOR SALE: The "Double Domes" home in Eden Prairie just hit the market. We'll show you all the unique features on @kare11 at 5. pic.twitter.com/cfdVrsDHS1

"Lots and lots of spaces. I've never been in a house where you can actually lose people," said Zoellner, adding that the property is a mixture of fun and elegance.

You can look at the listing, here.

OTHER NEWS: Discussing what's next for minority owned businesses as economy improves but pandemic lingers