The former big league star is teaming up with Islands restaurant to give back to the community that raised him. 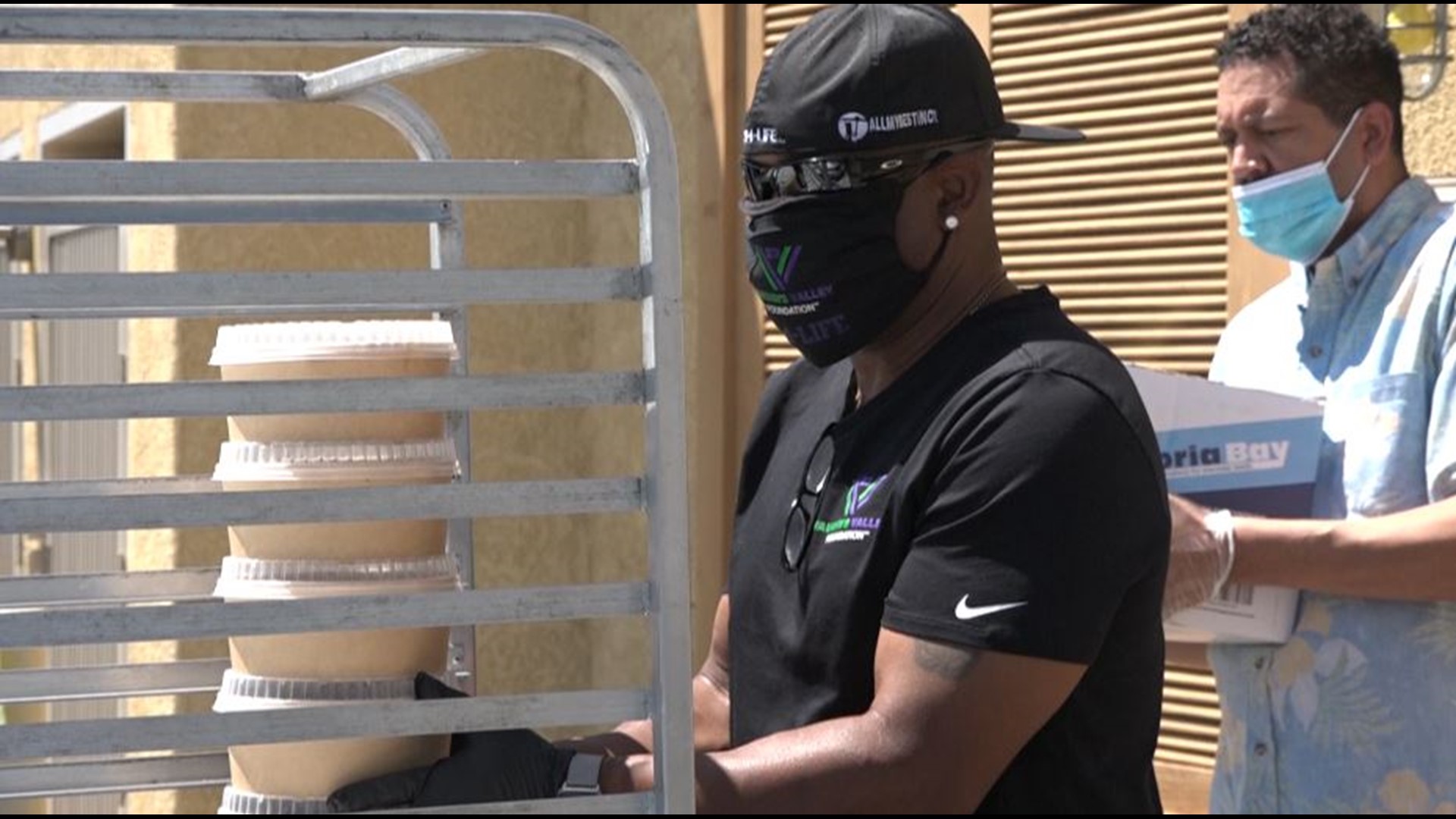 SACRAMENTO, Calif. — Four-time MLB All-Star and Elk Grove native Greg Vaughn is giving back to his community in a major way. The former big league star is teaming up with Islands in Folsom to deliver meals to seniors and front line workers throughout our region.

For the last two weeks, the Vaughn's Valley Foundation has been assisting the vulnerable in communities ranging from Del Paso Heights to Roseville.

On Friday, Vaughn and his team picked up more than 230 meals to be distributed throughout the Sacramento area with many of those donations going to emergency service workers in Rancho Cordova.

Vaughn is a graduate of John F. Kennedy High School in South Sacramento. He played baseball at Sacramento City College before going play for the University of Miami.

The Milwaukee Brewers drafted Vaughn fourth overall in 1986, and he went on to play for four other teams over the course of his 15-year MLB career. Vaughn is a Sacramento Sports Hall of Fame inductee, and he's now using his platform as a former pro athlete to give back to the city that raised him.

"This is just a way for us to say thank you, and we appreciate them," Vaughn said during his meal delivery to emergency service workers. "My goal was to be a professional baseball player and theirs was to save lives and make a difference. They're the real heroes."