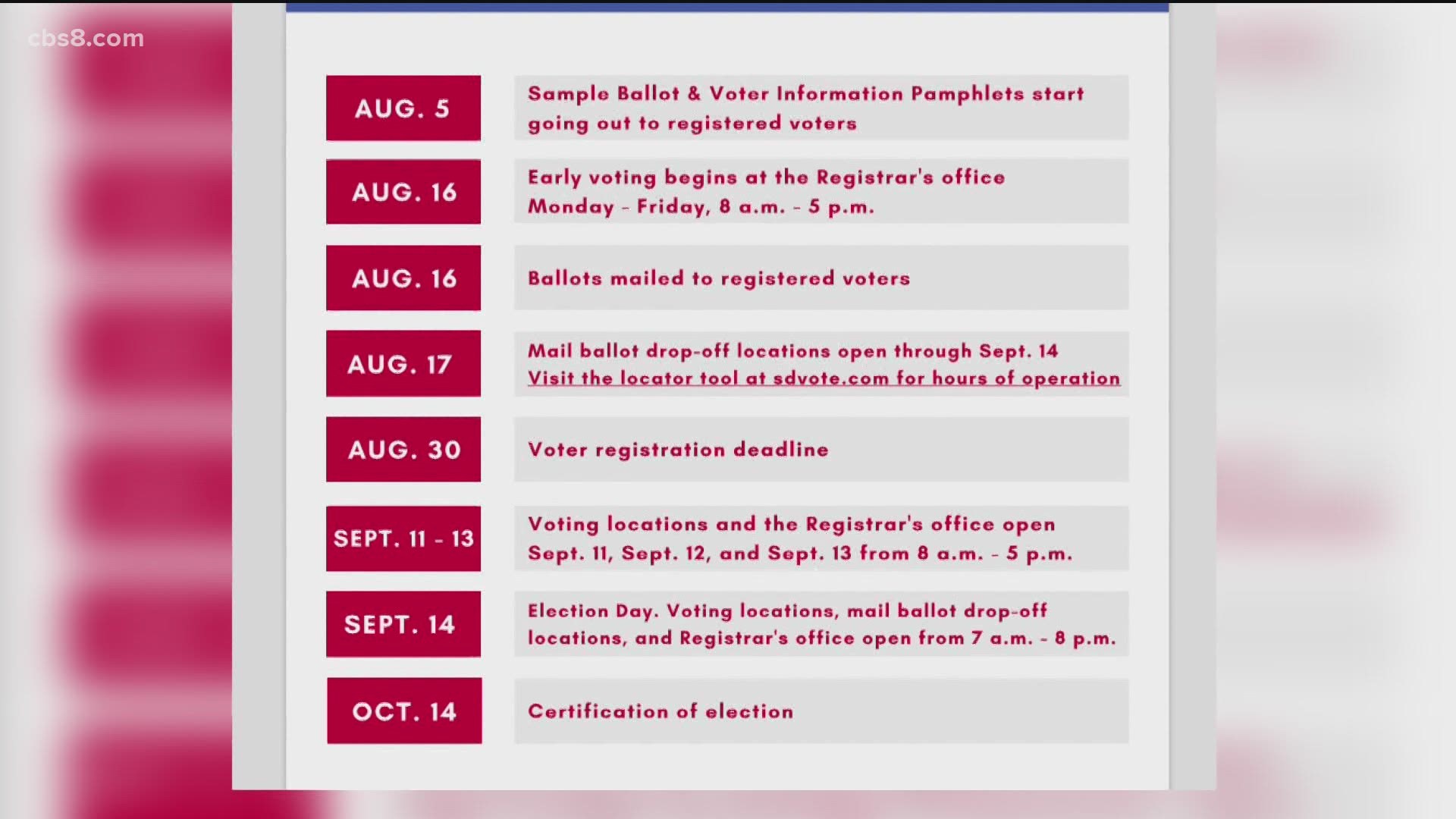 SAN DIEGO — Former San Diego Mayor Kevin Faulconer announced Monday his gubernatorial campaign is planning to file a lawsuit against the Secretary of State's Office regarding his ballot designation in the recall election.

In a statement issued Monday, Faulconer's campaign announced it would take legal action regarding his desired ballot designation as "retired San Diego Mayor."

The Secretary of State's office did not immediately respond to a request for comment.

"It defies common sense that Kevin Faulconer wouldn't be allowed to use 'retired San Diego Mayor; as his ballot designation, where he was elected and re-elected, leaving office only at the end of last year," campaign spokesman John Burke said.

"This is not fair to voters who should be given accurate information as to who the candidates for this recall actually are. Our campaign is suing the Secretary of State to ensure that this is rectified."

Faulconer, a Republican, is one of dozens of candidates seeking to replace Gov. Gavin Newsom if voters choose to recall him in the Sept. 14 election.

It defies common sense that someone who served for years as Mayor of San Diego — up until 8 months ago — can’t say so on the ballot. Voters deserve accurate and transparent information on who their candidates actually are. That’s why I’m taking @CASOSvote to court.

Starting Aug. 5, sample ballots and voter information pamphlets will be mailed out to all registered voters, followed by the real ballots less than two weeks later.

The deadline to register to vote is Aug. 30.

The ballot will include two questions: one asking if the voter wants to recall Governor Gavin Newsom. And the second asking if so, who should replace him.

The deadline to enter the recall race was Friday. On Saturday, California Secretary of State Shirley Weber released a list of the 41 candidates who qualified to run in the recall election. About 70 candidates initially filed a statement of intent to run with the secretary of state, according to Ballotpedia.

On July 1, Lt. Gov. Eleni Kounalakis finalized the cost of the election at $276 million. This election is costing San Diego County between $20 and $21 million.

This is the state's first gubernatorial recall election since 2003 when Governor Gray Davis was ousted from office, with voters electing Arnold Schwarzenegger as his replacement.