Galt Police Department said one officer was in critical but stable condition, and the other remains in critical condition in the ICU. 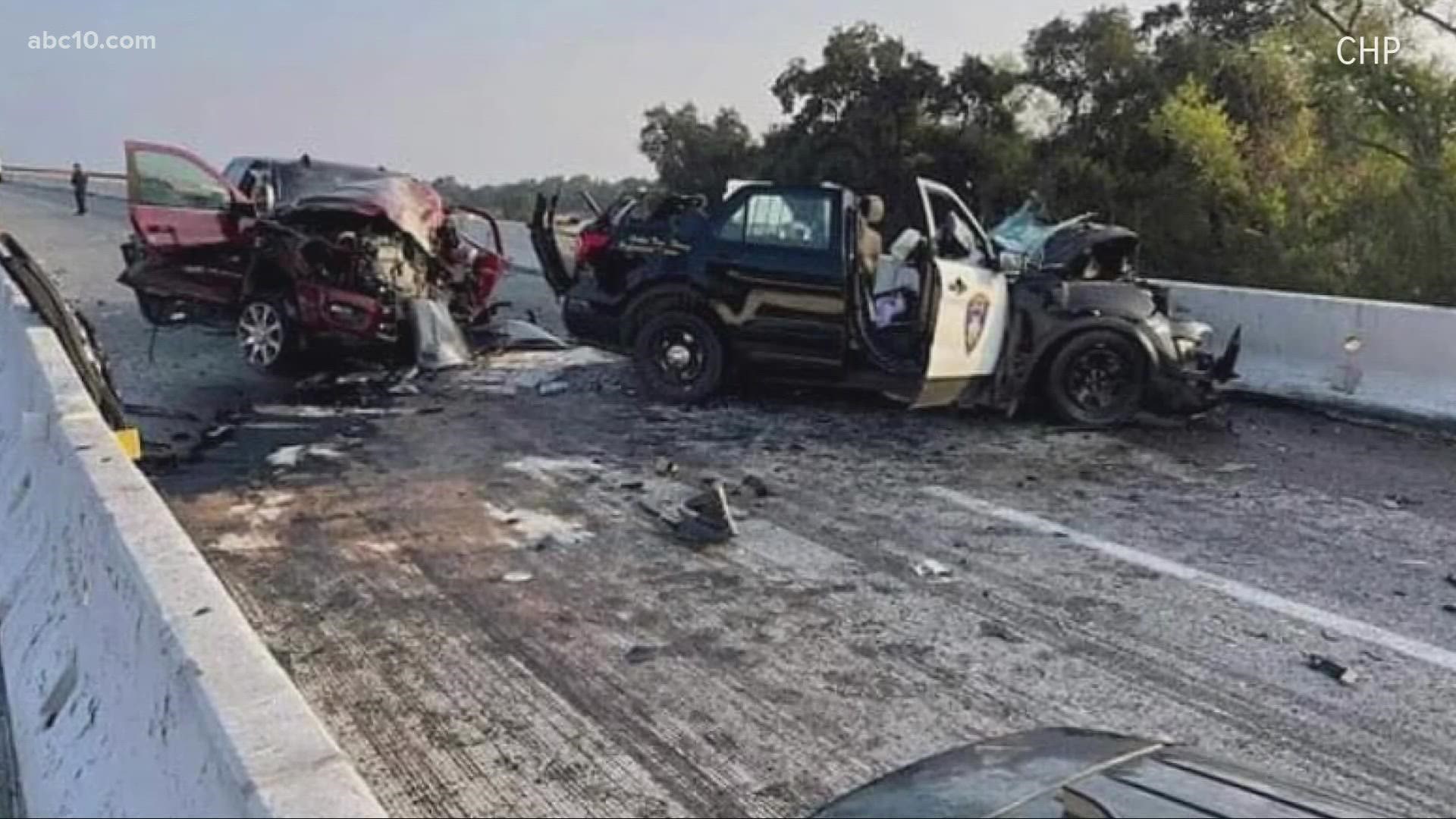 Officer Harminder Grewal and Officer Kapri Herrera were hospitalized after a deadly crash along Highway 99 early Sunday morning. Authorities said the crash happened after the driver of a Dodge Ram went through the concrete center median on Highway 99 and struck the officer's patrol car on the other side.

Grewal and Herrera were taken to the UC Davis Medical Center with major injuries. As of Monday afternoon, Galt Police Department said Herrera was still in the ICU and in critical but stable condition. Police said Grewal is still in critical condition in the ICU.

CHP said there's nothing these officers could have done to prevent a crash of this magnitude.

Galt Mayor Shawn Farmer said the crash was a matter of being at the wrong place at the wrong time and was a heartbreaking incident.

"Our officers are not just the police, our community is a family and a lot of our citizens know these officers by name from seeing them at community events and just seeing them throughout the community. So when they’re suffering, we’re suffering,” Farmer said.

While CHP is still investigating whether alcohol or drugs may have been a factor for the driver of the Dodge pick-up, Officer Grewal was just honored by Mothers Against Drunk Driving California two months ago with another officer for collectively removing 64 impaired drivers from the streets of Galt last year.

"I know everybody wants to help and wants to do something, and I think just praying and just keeping these officers and their families and our whole department in their thoughts is really the most you can do at the moment," Farmer said.

Authorities said the driver of the Dodge Ram was pronounced dead at the scene by Consumnes Fire Department and two other passengers in the pick-up truck were hospitalized with moderate injuries.