Robert Tristan ust left his job at about 10 p.m. Someone who was collecting cans along the road found his body hours later. 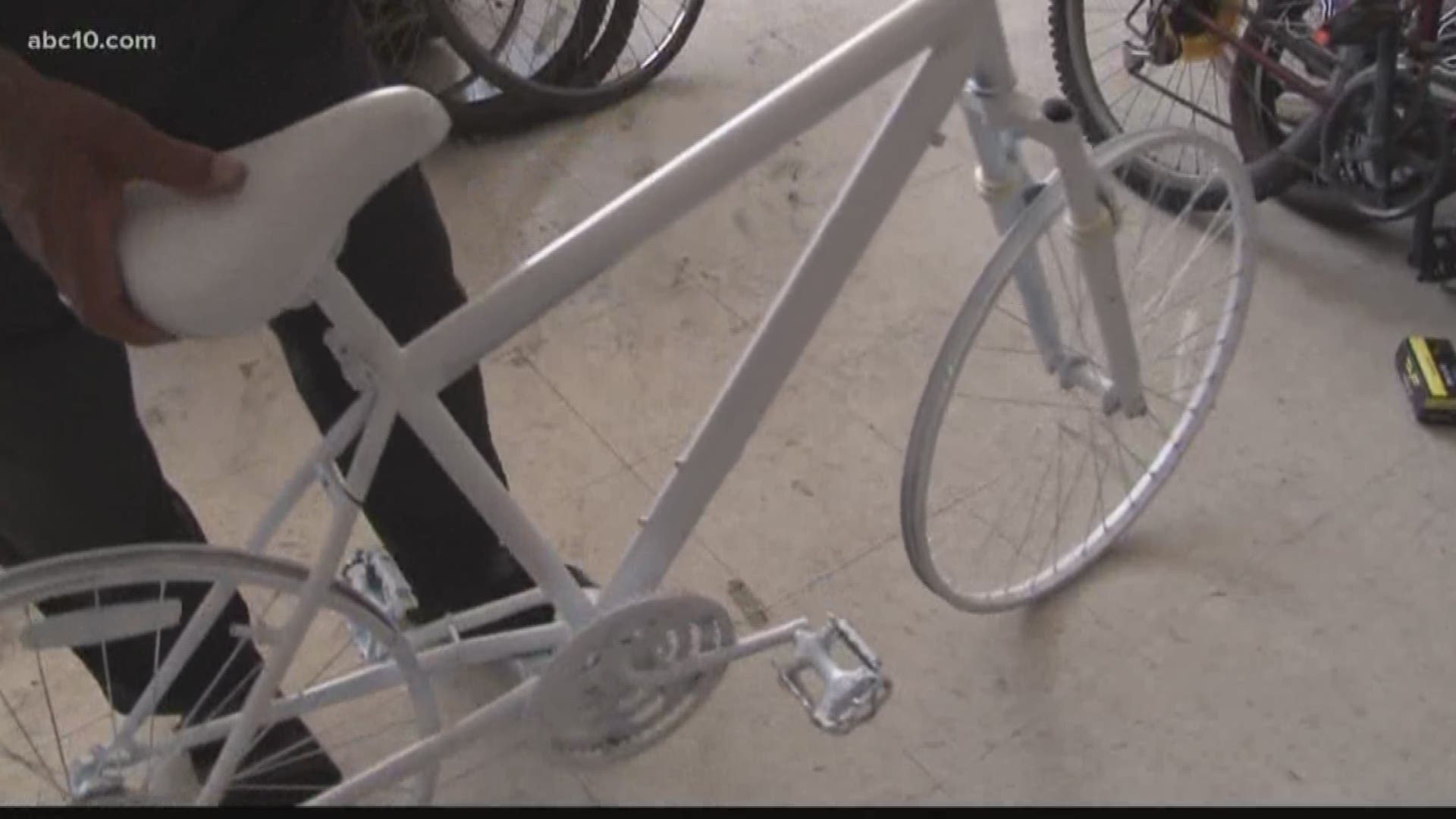 "So I panicked and I had to leave. I left work."

That's how Juana Marquez describes the moment she heard her 53-year-old brother Robert Tristan was hit and killed while riding a bike in January 2016 in South Stockton.

"We were shocked because nobody stopped. Nobody didn't know anything," said Marquez, talking from her home in Lathrop.

Tristan, a handyman/landscaper that Marquez describes as shy and hardworking, had just left his job at about 10 p.m. He had been helping out at a local grocery store. The driver never stopped. Someone who was collecting cans along the road found his body hours later.

Just last Friday, a fourth bicyclist was killed this year in Stockton at busy Alpine and Sutter. Neighbors created a memorial with balloons and candles at a utility pole on Sunday.

Enter Deacon Stephen Bentley of St. John the Evangelist Church in Stockton. An avid cyclist himself, Bentley runs the Helping Urban Bicyclists Ministry (HUB) in Stockton. And after stumbling upon a book describing the national program called "Ghost Bikes," he decided to create the first one in Stockton to remember those killed on a bike.

The first one is in memory of Robert Tristan.

"And the bicycle calls attention, first of all, for the memorial of the person. Secondly, it draws attention to the driver to be more cognitive of people that are on the road," said Bentley.

Marquez says the reason why she likes the memorial is simple.

"Memory. Keeps his memory going there," she said.

"I think it touches the heart of the families who have been touched by the deaths," said Bentley.

Bentley plans to create more of the Ghost Bike memorials. But the hope would be that one day they will not be necessary.