Katherine Kraintz shared her receipt on social media and had others come forward about mysterious charges on their Walmart receipts. 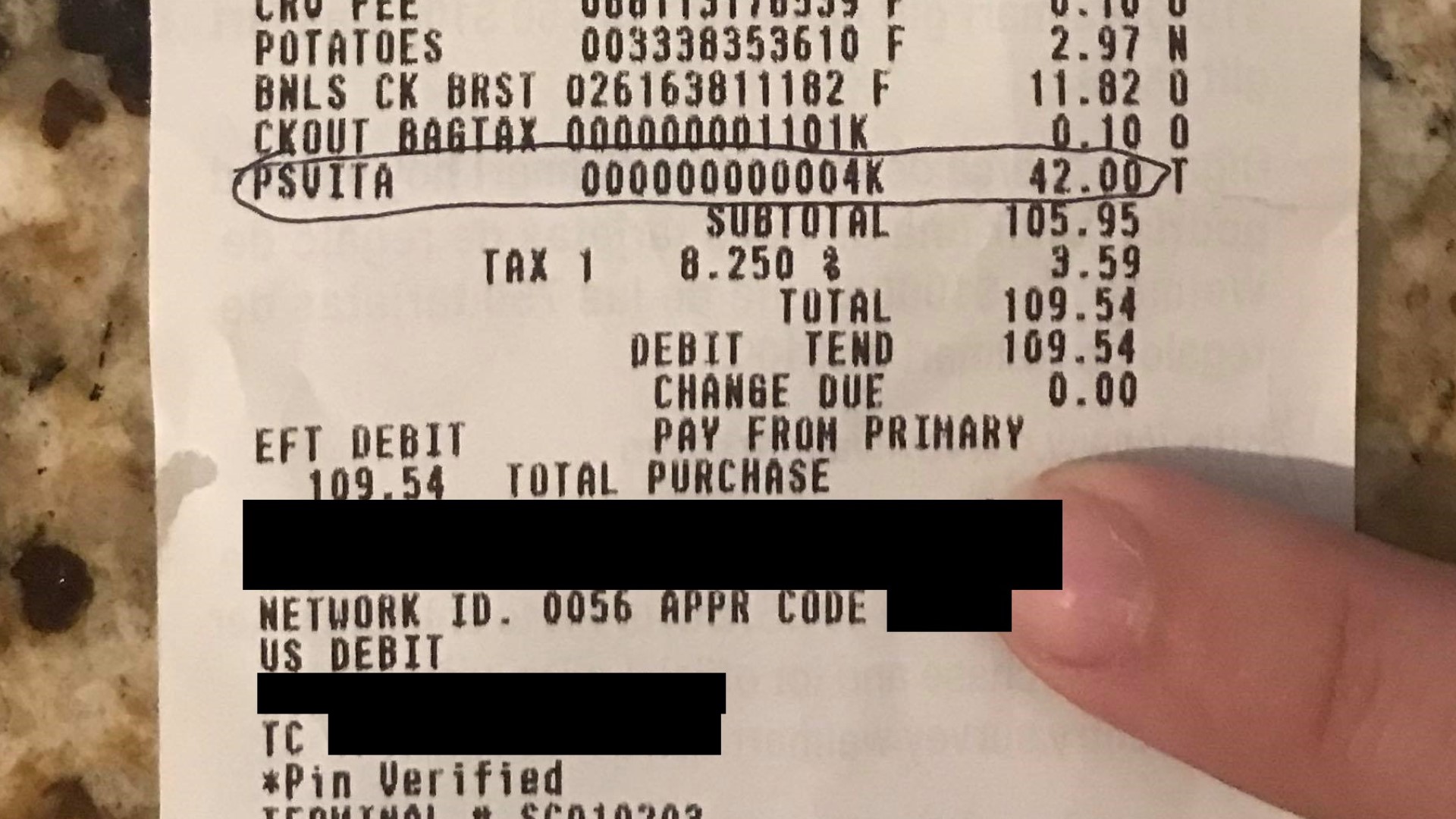 MARYSVILLE, California — A mysterious charge at a Marysville Walmart cost a mom an extra $42 for something she didn't even have in her cart.

Katherine Kraintz is a mom from Plumas Lake. She was shopping at the Marysville Walmart on Saturday, when she got a mysterious charge happened.

"I went to grab some things that I knew I would need for dinner or just to get by through the week,” she explained. “I was going through the checkout, and I looked and my total was coming close to around $60 with a couple things left.”

She reached to grab her card to pay and the cashier announced the total was $109.54. “I was like, 'Why is it that much?'” Kraintz said.

She thought maybe she’d misread the total earlier and paid for the groceries.

“She handed me my receipt. Right on the bottom…was a $42 charge,” Kraintz said.

The charge said “PSVITA,” which could be a Sony PlayStation Vita, but those are way more expensive than $42 bucks and – more importantly – Kraintz wasn't buying anything like that. For Kraintz, the shopping trip was strictly limited to household and grocery items.

The cashier sent her to customer service for a refund.

"The lady was really nice. She just said, 'Oh, yeah, this just randomly happens.' And I said, 'Randomly happens?!'” Kraintz said. “I was just kind of stunned and shocked that they knew about it and just acted so nonchalantly about it."

She got her refund, but she also posted her receipt to Facebook.

"I got such a response! People say it's happened to them, posting their receipts with the same charges,” she said, confirming that those people posting had shopped at the same Walmart, at 1131 North Beale Street in Marysville. “One lady said it happened to her a few months ago!"

"Once this issue was brought to our attention, we immediately corrected it,” a Walmart spokesperson responded. “We apologize for any inconvenience this may have caused and encourage impacted customers to bring their receipts to the store for a refund or credit.”

Kraintz said while she thinks that is an adequate response, she worries about people who no longer have their receipt.

“Since it's been going on for months,... a lot of people probably don't have their receipts for a few months, especially if it's just grocery items,” she said.

More than anything, she said, it's a lesson for all of us.

"Just check your receipts,” Kraintz said. “I know as a mom of three, almost four, you want to get out of the store...but it never hurts...Take an extra couple minutes, check that balance, especially if you feel like it's off. We work hard for that money, and we need to keep that money."

WATCH ALSO: Are you legally required to show your receipt when leaving a Walmart? | VERIFY