'An American hero, but he was more than that' | Chuck Yaeger memorialized by friend

Steve Fidler from Penn Valley remembers Chuck Yeager, known to locals as "the man in the orange hat." 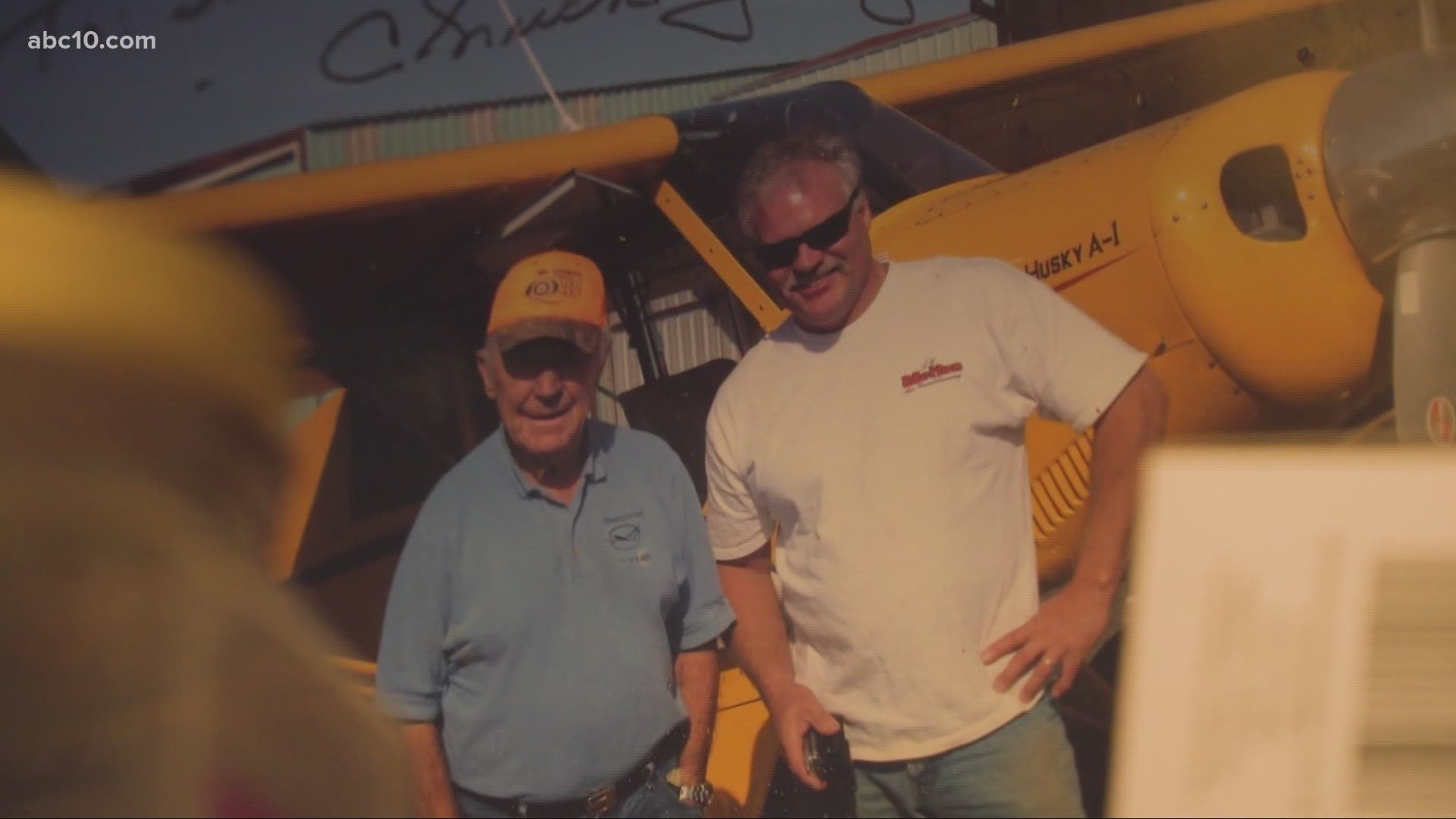 PENN VALLEY, Calif. — While Chuck Yeager was known as an American Hero to many, but to a Penn Valley restaurant owner, he was known as a friend.

"He was just an honest person," Steve Fidler said. "You could ask him anything and he’d be honest with you and tell you exactly what he felt — whether you liked it or not."

The friendship began at Fidler’s restaurant, Day Break Cafe, where Yeager would come in to order his usual, which Fidler still remembers: extra crispy hash browns, eggs over easy and extra orange slices.

Fidler said Yeager would sit with him in the kitchen while he cooked to catch up and talk a little trash.

"Everyday, he’d come in the kitchen and tell me to get to work," Fidler laughed as he remembered the time Yeager wanted to play chef. "I said, 'take a picture with me.' And the spatula was upside down. After I showed him the picture, I said, 'how you gonna be a cook, Chuck? All your food's gonna slide off.' So that’s why the joke always was I fired him after one day."

Fidler talked about his and Yeager's adventures and that one time Yeager took him out for a spin.

"'C'mon lets go flyin',' and we flew over Englebright," Fidler explained. "And then when we got over the reservoir, he shut the engine off, but he didn’t tell me he was."

Fidler told more stories about their time hunting together, the time Yeager met Fidler's aw-struck father, and how his his granddaughter would bake Yeager cookies.

But Fidler said while the adventures were fun, they were not what he would miss most about Chuck Yeager. He said Yeager was a "true, honest person," one he could confide in.

"We had a problem a few years ago with family and he gave me some of the best advice I’ve ever had," Fidler explained. "And to this day, it’s made life a lot easier. Because of his advice, I understood something that only someone else from the outside looking in would be honest enough to tell you the truth."

As Fidler remembered Yeager, he remembered how funny the guy was and the wild, "famous person" stories Yeager told him.

Chuck Yeager, the first man to break the sound barrier back in 1947, was "the man in the orange hat" to many Grass Valley and Penn Valley residents. He was Vanessa Best's neighbor and a customer at Youngmans’s Barber Shop and David Hill's auto shop. And to Fidler, Yeager was the customer that would chat him up in the kitchen, who eventually became a true friend.

"Obviously an American hero, but he was a lot more than that," said Fidler. "Just a person who cared about people and a truly wonderful man."