After their story aired on ABC10, a family is grateful to viewers who helped to keep them off the street by paying their room balance for three days. 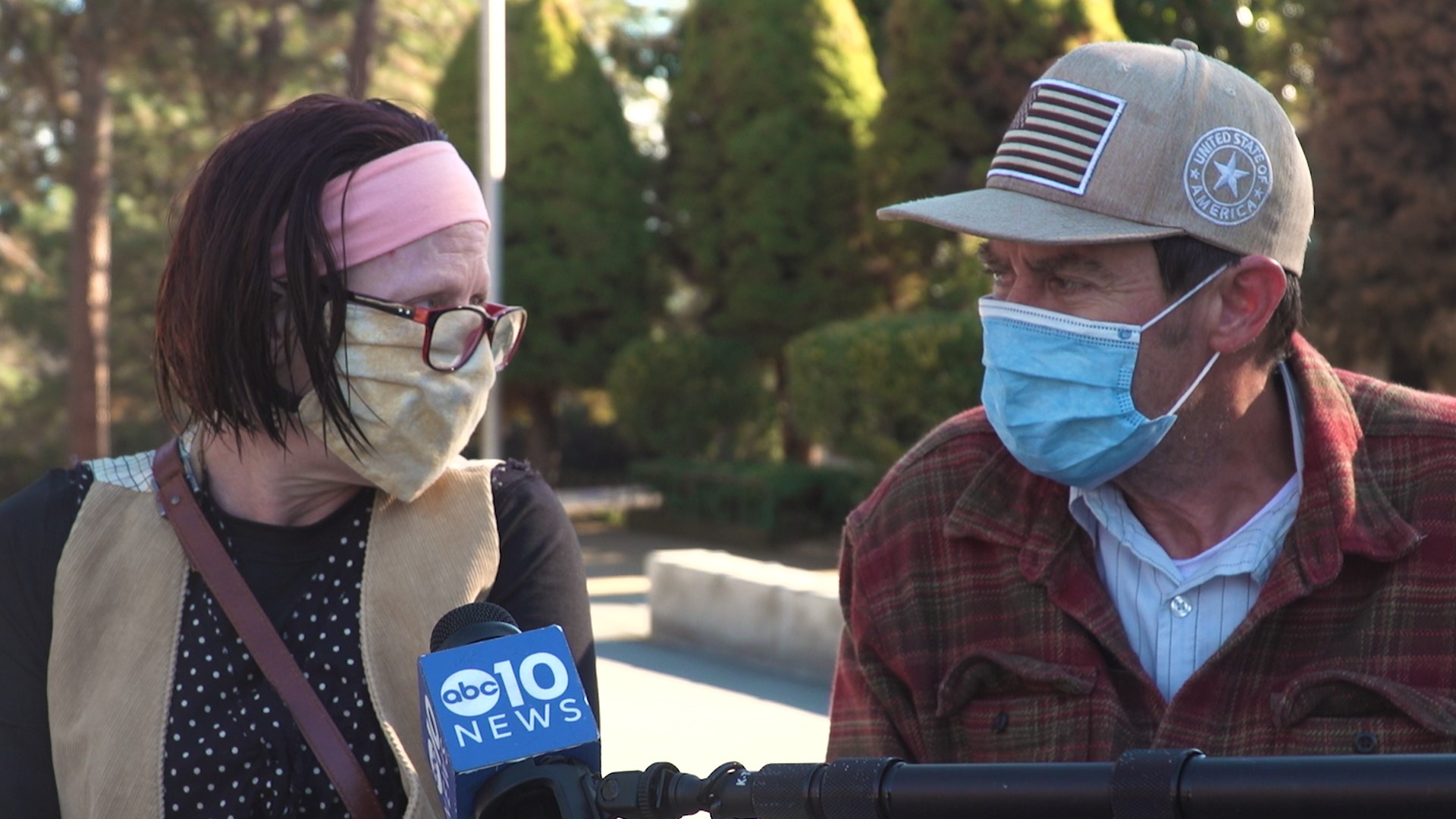 GRASS VALLEY, Calif. — Tresa Jay and her family have experienced homelessness in Nevada County on and off for the last four years. Before March, she had a steady job cleaning houses, but when the shelter-in-place orders hit, it was back to square one.

"We’ve had a home then not had a home," Jay explained. "We’ve had cars, then taken away. With the pandemic, it has made life extremely difficult. We’re just lucky to be alive."

Jay reached out to ABC10 when she was struggling to find a shelter to take her in. Things were getting so bad, she said being homeless had broken up her family. She had to send her 16-year-old daughter to live with friends in Marysville.

She and her husband, Richard Mangan, had been living one day at a time at an inn in Grass Valley. They said they wouldn’t be able to afford another night and they were ready to bear the cold and camp if they couldn’t find a shelter to take them in.

"It’s just every day wondering where we’re gonna be," Jay explained. "Whether it’s in the cold if I’m going to have to set up camp."

After their story aired on ABC10 on Tuesday, several viewers took matters into their own hands by calling the inn to pay the family’s room balance for three more nights.

"We were blown away," Mangan said.

They said they now have time to catch up, save a little money, and figure out their next move. Jay said, most of all, it’s the kindness of strangers that has lifted their spirits.

"When things don’t happen and things are at a stop, and there’s no work and my daughters sad, and I’m sad, then he’s sad," Jay explained. "Then it’s like a whole negative and to get back that positive -- you need that positive, ya know? So it put more positive into our whole unit. And we needed that."

With a weight lifted, even for only a few days, Jay and Mangan are now focused on finding work and finding a place their daughter will be comfortable in. Magnan said they might have more permanent accommodations soon.

"Someone gave us the prospect to rent a trailer on their property," Mangan explained. "Which is great."

They said they have a ways to go before they can get back on their feet, but in the meantime, they’re just grateful.

"It touched me and Richie so hard," Jay said. "Words can't even describe right now. It’s a beautiful thing. And to whoever anonymously helped us, I would like, from the bottom of my heart, to say thank you. Yeah, thank you very, very much."