He served 15 years for a murder he didn't commit. What does life look like now for Ricky Davis?

"They are stigmatized no matter what. No matter how hard you say you believe in them, society as a whole still sees someone in prison." 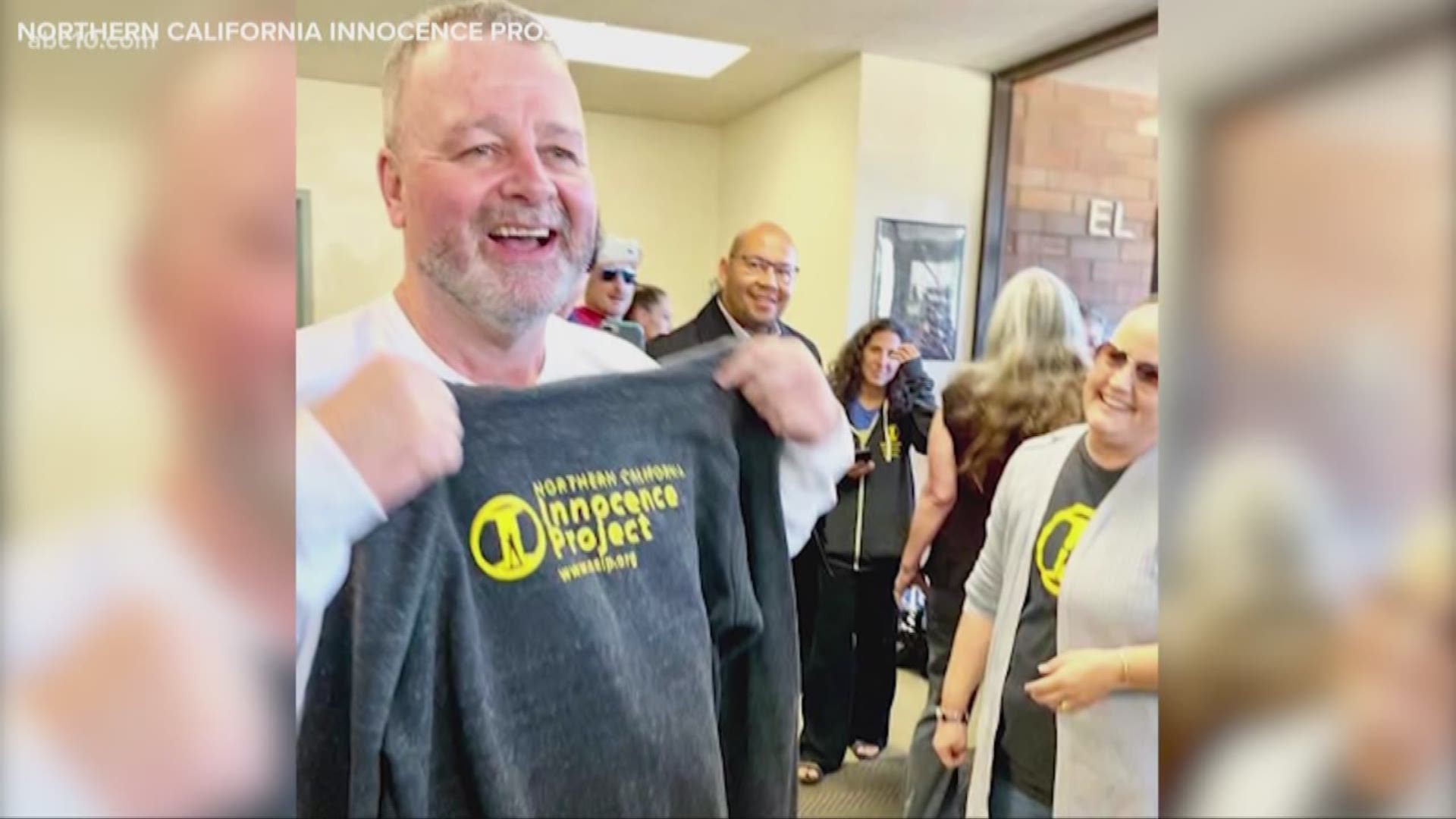 But the reality of freedom can be daunting, NCIP spokesperson Lori Stone told ABC10.

"[For] Ricky, it's a huge adjustment, and it will go up and down throughout the days, weeks, months and even years,” Stone explained in a phone interview.

Davis was convicted in 2005 of second-degree murder in the 1985 stabbing death of 54-year-old Jane Hylton, a Foothills Times newspaper columnist. New DNA evidence of an unknown male was found in 2018 on Hylton's nightgown and under her fingernails.

Stone said NCIP made it a priority to be at Davis' side when he was released.

Stone has assisted the now-free and wrongly convicted transition into society after life behind bars by connecting them with housing and job resources.

"One of our attorneys in the office on the way to El Dorado County yesterday stopped to pick up clothes for Ricky" Stone said. "That's the thing I think people don't get, is that when you're release, he doesn't have anything. He didn't come out with street clothes and things to wear.

"Just those basic things are really important. And if you are thinking about it, Ricky walked into the arms of a very loving and supportive family. Many of our clients don't."

Another hurdle those recently freed face is financial stability, Stone said. Davis is entitled to $140 a day for everyday he served of his wrongful conviction from the state. Since he served about 15 years, that equates to about $51,000 each year he was locked up.

1 / 7
AP
Ricky Davis, center, is greeted by family and friends after he was released from custody at the El Dorado County Jail in Placerville, Calif., Thursday, Feb. 13, 2020. Davis spent about 15 years in prison after being wrongly convicted of second-degree murder in the stabbing death of his housemate, a newspaper columnist, in 2004. The conviction was thrown out after new evidence was found implicating another person. (AP Photo/Rich Pedroncelli)

But that compensation wasn't waiting for him when he was released.

“Ricky is going to have to go to the state's victim compensation board, and since he was factually innocence, it is a barrier that he doesn't have to cross," Stone explained. "Many of our clients do face barriers."

The NCIP continues to be a resource and a friendly face in the lives of those like Davis who are transitioning into their new normal.

"Though they were wrongly convicted, they are still people who were in prison for 20 years," Stone said. "And so, they are stigmatized no matter what. No matter how hard you say you believe in them, society as a whole still sees someone in prison."