Stanislaus County Sheriff's deputy Dennis Wallace was killed in the line of duty in 2016. A trial has been set for his suspected killer, David Machado. 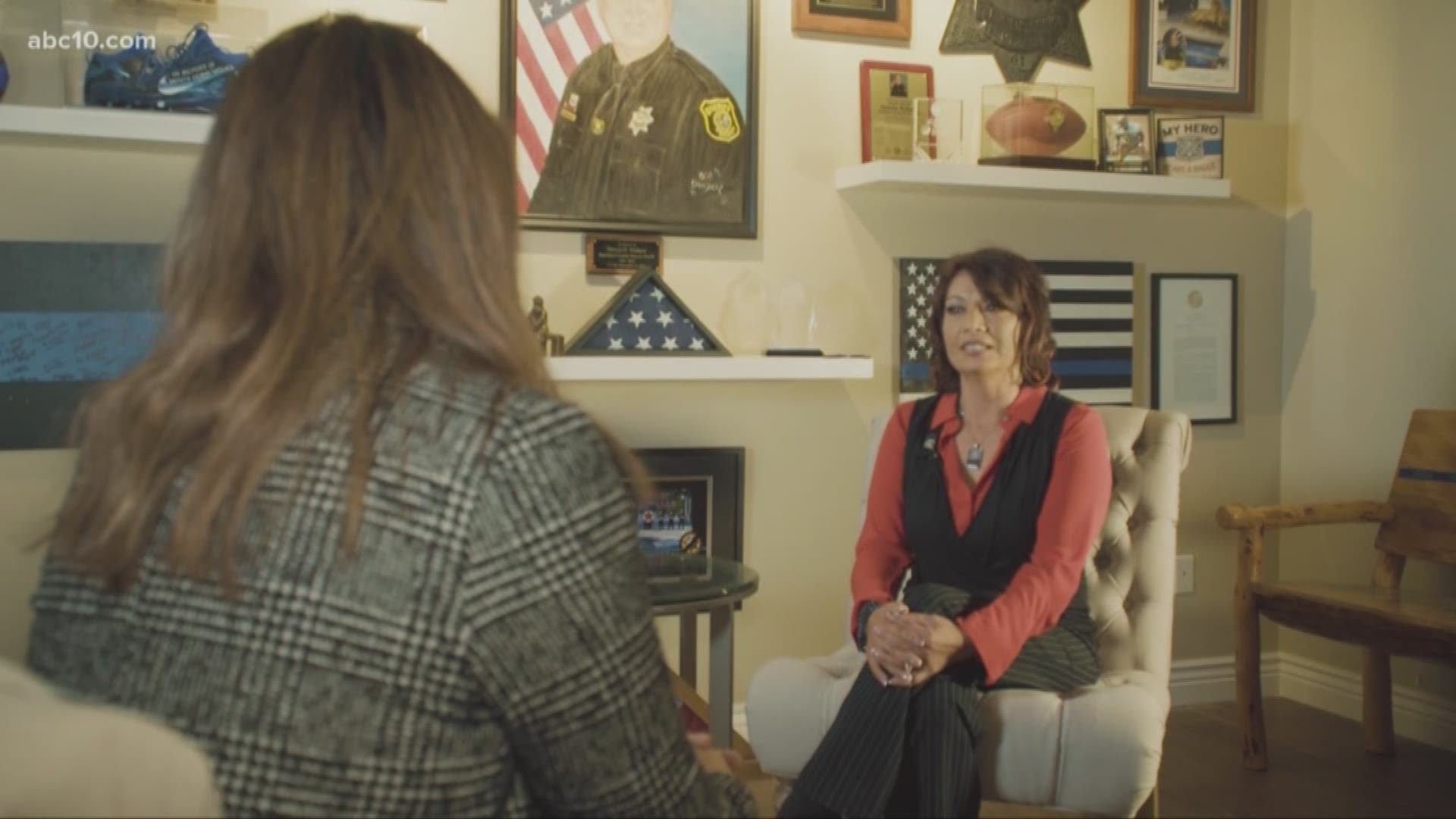 HUGHSON, Calif. — For Mercedes Wallace, the more time that passes since her husband's death in the line of duty, the more real it becomes.

"I just think about that day," Mercedes said. "He stood there when I'm still laying in bed and he looked at me and said I'll be back and walked out."

Stanislaus County Sheriff's Deputy Dennis Wallace was killed in 2016 after responding to reports of a suspicious vehicle in the fishing area of Fox Grove Park in Hughson. Wallace discovered the car was stolen, but the moment he began calling for backup, the suspect, David Machado began shooting, sheriff's officials said.

Deputy Wallace was pronounce dead at the scene.

Mercedes knows she'll get some answers next year after now that a judge set a trial date set for Machado. A pretrial hearing is set for January 2020 and a jury trial is set to start on June 29, 2020.

"I'm glad it's finally here, but just the little bits and pieces going through to get to that," Mercedes explained, "I don't know if I'm ready for it. But I know we need to move forward with it."

Mercedes said her family has tried to focus on the good by keeping Deputy Wallace's name alive. There are scholarships and places named in his honor.

On Thursday night, the family will be remembering Deputy Wallace during a vigil for homicide victims in Stanislaus County. It'll be the fourth one the family has attended.

"I would never get my brother back, and we'll forever live with this tragedy but I don't want that to be the end of the story," said David Wallace, Dennis Wallace's brother. "Dennis was a good man who cared about people. Especially kids. Loved kids."

The remembrance for homicide victims has been going on for 22 years, and it'll be held at 6 p.m. at the courthouse lawn in Modesto.

Ananda Rochita
"He was a friend to everybody." That's how Mercedes Wallace describ... es her fallen deputy and husband Stanislaus County Sheriff's deputy Dennis Wallace. He was killed in the line of duty in 2016. The trial date for his suspected killer was set early this week for next year.