How old is too old for trick-or-treating?

Costume-shoppers in Old Sac answered a rapid-fire series of Halloween questions, on topics ranging from candy and costumes to trick-or-treat safety. 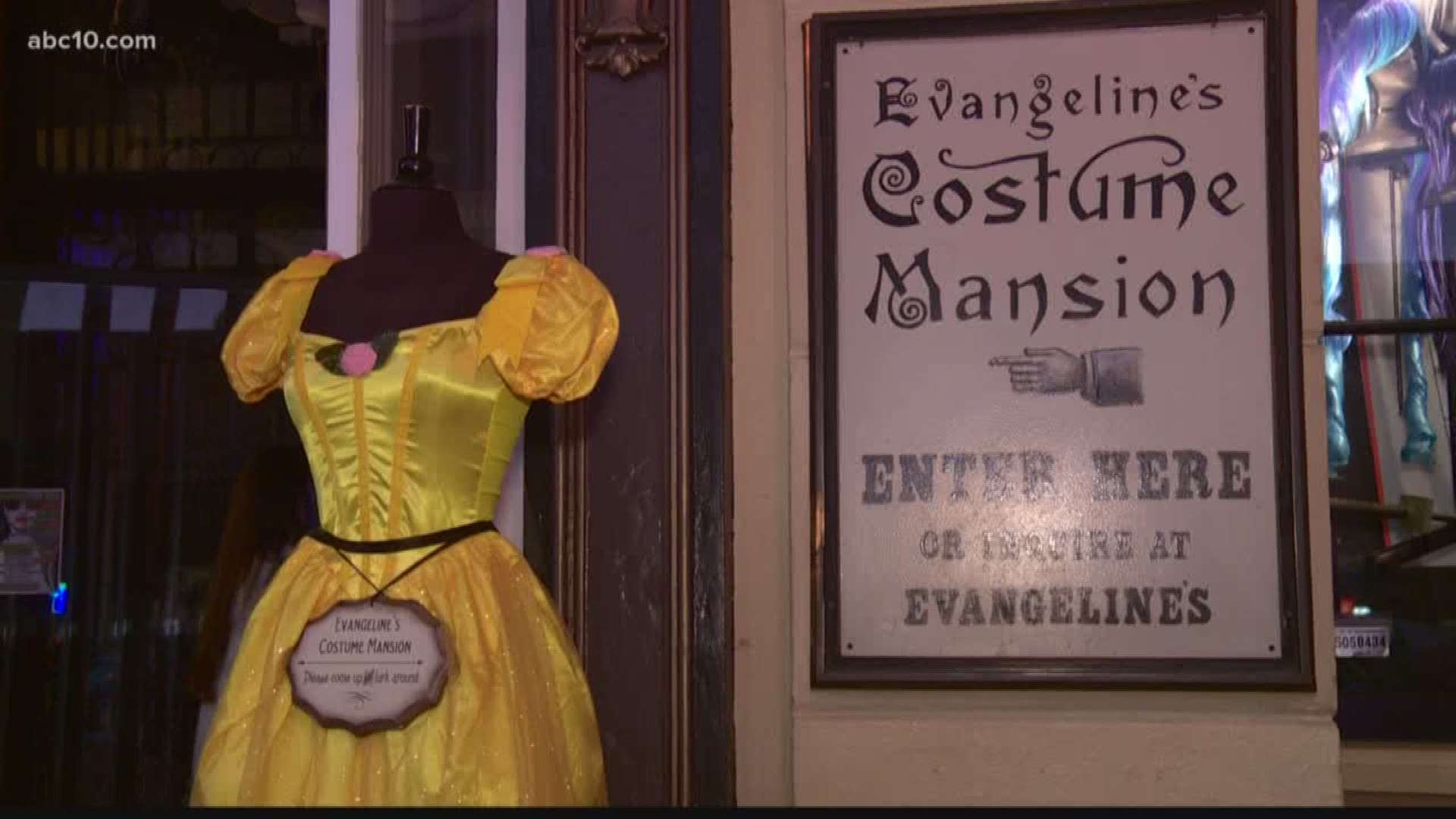 ABC10 caught up with them at Evangeline's Costume Mansion.

We asked a question that's got a lot of people buzzing: How old is "too old" for trick-or-treating?

"I don't think you're ever too old to go trick-or-treating, as long as you are in the spirit and you're actually dressing up," said her mom, Veronica Martinez,

Teague Fordis, assistant manager at Evangeline's Costume Mansion, said, "It's all about the spirit! If you take the time and the initiative to put something together or to put something on, of course I'm going to give you candy. You can trick-or-treat at whatever age you want."

Neighbors Jeannie Schmidt and Tandi Marks were having a friends' day out, when ABC10 ran into them shopping for their own costumes and costumes for Marks' kids.

Store employee Lash Learue declared, "You could be any age because it involves free candy!"

Speaking of candy, ABC10 asked how parents can best protect their kids when it comes to candy safety.

"If something's ripped or torn, it goes," said Marks.

"She usually checks our candy and takes a candy," said Alyvia, looking up at her mom with a sly smile.

Another topic that's got people buzzing is whether it's acceptable for kids to "commute" from their own neighborhood to another one for trick-or-treating.

Martinez said she takes her kids to Curtis Park.

"It's the atmosphere is what I look for in a neighborhood, and Curtis Park, that atmosphere is real fun, real family-friendly," she said.

Schmidt and Marks said they live in a place where they have to take kids to another spot.

"We have a unique neighborhood," said Marks. "There's only four people on our street and we're kind of in a secluded little area, so we kind of have to go to other places."

"It definitely is fun to go to the houses that give out the really good stuff," Schmidt said with a grin.

"I prefer to trick-or-treat in my own neighborhood, just because you know the people there," assistant manager Fordis said. "They're you're neighbors. You want to support them, especially if they decorated or bought candy."

"If you're going to cross the street, use a cross walk, look both ways," Fordis said.

"Glow sticks," Learue said. "Cover yourself in glow sticks. Anybody's going to see you from a mile away."

"Light up your child," her mom added. "Keep your eyes focused on them and make sure they're walking (not running)."

Finally, some say people's candy choice says a lot about them.

"I won't eat as much this year," her mom responded playfully.

Industry analysts say Americans will spend a record $9.1 billion on Halloween this year, between costumes, candy, decorations and cards. That breaks down to about $86.13 per shopper.