How tariffs, river flows, and NAFTA have caused a stressful 2018 for farmers

While there are a host of issues happening locally and nationally, the experience this year is considered to be normal for farmers. However, this does not negate their stressful nature that still resonates with local farmers. 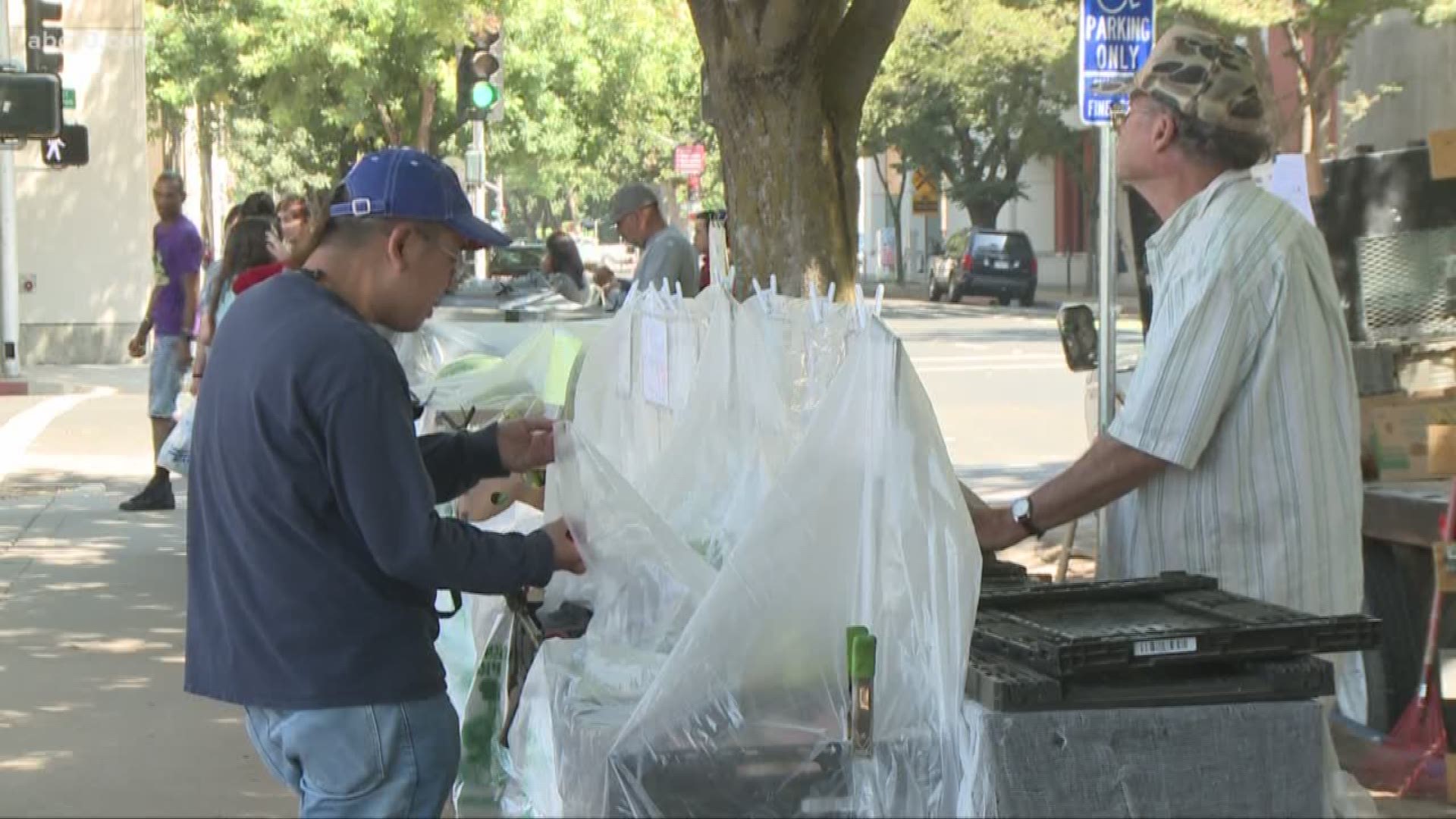 The region’s farmers are dealing with a host of issues this year, but, while some consider the flow to be normal, the national and local issues have been undeniable stressors.

“We haven’t seen anything yet as far as any major downfalls on any of the major crops that we grow here, but there’s certainly uncertainty out there,” said Wayne Zipser, Executive Director of the Stanislaus County Farm Bureau. “I think there’s a lot of uncertainty that really puts a lot of stress on farmers.”

“What we’ve seen is a lot of things, especially federally related, kind of in the background for a while, just come into fruition this year,” added Lindsey Liebig, Executive Director for the Sacramento County Farm Bureau.

While there are a host issues happening locally and nationally, the experience this year is considered to be normal for farmers. However, this does not negate their stressful nature that still resonates with local farmers.

1. The River Flow Proposal that could threaten agriculture in the region

“I certainly think the focus has been on the river flow issues because that really is the future of the agriculture industry, certainly in our communities here,” said Zipser.

To many farmers dependent on the San Joaquin, Stanislaus, and Merced Rivers for irrigation water, the State “Water Grab” continues to be one of the most pressing issues the region is facing this year.

The plan would take 30 to 50 percent of unimpaired flows from the three tributaries of the San Joaquin for the benefit of fish, wildlife, and the environment in the Bay Delta.

According to the Modesto Irrigation District, the plan could result in $1.6 billion in output loss, $167 million in farm gate revenue loss, and $330 million in labor income loss.

One of the most relevant aspects for farmers is that, according to MID, if the effects of the river flow proposal were put into place during drought years like 2015, farmers would have received no surface water for irrigation.

2. The Farm Bill, which impacts agricultural policy, hasn’t passed yet

The Farm Bill, generally focuses on setting the agricultural policy for farmers and growers in the country, was supposed to move quickly, according to discussions held by the House Committee on Agriculture last year. It’s a national level issue that still resonates on the ground with local farmers.

California’s biggest stake in the Farm Bill revolves around crop insurance due to the specialty crops grown in the region, according to Liebig. Similar sentiments were echoed by Zipser, who says that Stanislaus County does not have a lot of crops that deal with the Farm Bill, but there is still a stake in the regulations farmers deal with.

For the dairy industry, the Senate Farm Bill would provide dairy insurance and risk coverage to better protect dairy farmers, who did not receive many benefits from the last Farm Bill. The industry faced a number of challenges like losing 46 dairies in 2016 and depressed milk prices.

Liebig says the bill was expected to be voted on by the mid-term election. However, she believes that this goal is unlikely to be reached now.

3. A trade war with tariffs on California's top crops

“The tariffs definitely more so hit out of the blue based on the administration," said Liebig. "Trade is something we always deal with. This year we did deal with that more heavily than others just because [of] the administration’s efforts to do that.”

When it comes to the trade war with China and tariff issues with other countries, the impact is not necessarily immediate. California has a host of permanent crops like tree crops and wine grapes, so the impact may not come as quickly as other states.

The impact to jobs and labor don’t get necessarily get felt immediately due to crops already being in the ground and ready for harvest, but, when that international market is not around, farmers may have to find solutions to deal with the products and profit loss.

“If that market’s not there internationally, we’re going to have to find something else to do with those nuts,” said Liebig. “Do I think that we’re going to end up with stockpiles of products and not be able to sell things? No."

“I just think we’re either going to have decreased profits because of the markets not being there or something like that.”

The subsidies are generally considered a band-aid approach by growers and the dairy industry. They came in response to the tariffs on agricultural products, however, it does not address the totality of the issue.

In July, the California Farm Bureau released a statement on the tariff-assistance package. They acknowledged that this was short-term relief in the midst of market uncertainty for farmers and ranchers.

Citing USDA officials, the bureau says the aid would include bonus purchases of fruits, vegetables, nuts, meats, and other food products for the benefit of food banks and other food-aid programs.

5. Growers still have eyes on Canada's role in NAFTA negotiations

The big concern for Central Valley economists was dissolving the North American Free Trade Agreement. Even with agricultural industries generally agreeing that the NAFTA discussions are on to positive start, the agriculture industry is still waiting to see what will happen with Canada in the agreements.

For California dairy, Mexico is the number one export market, and the NAFTA was “not a bad deal” for the dairy industry in terms of their relationship to Mexico, according to Annie AcMoody of Western United Dairymen.

Canada's role in a new agreement remains to be seen. This uncertainty has organizations like the California League of Food Producers waiting to see what happens before drawing conclusions on the negotiations.

6. I-5 closures, quarantines, late harvests, and cost of production increases

While there are notable impacts coming from a national and state level, farmers are also dealing with local pressures as they attempt to finish their harvest for the year.

Liebig says that its common for farmers to attempt to find workarounds or band-aids for issues, and, this year, they've been mitigating impacts on closures to I-5 that impact their crop shipments.

While the closure is a distance away, it becomes an impact when they see consolidation efforts and canneries going out of business. This means that trucks have carry produce to areas farther away than they have in the past.

Adding to harvest issues, Sacramento County's wine grape industry is hustling to beat the rain. Liebig says that grapes will be late to harvest this year, and, if it rains, there could be a lot of that crop lost.

She added that around this time last year, farmers would be about three to four weeks away from finishing their harvest for the year, however, this year, wineries have just started their harvest for red wine grapes due to a delayed summer.

Even smaller growers, like those who rely on selling their produce at a farmers market, are being impacted by the Oriental fruit fly quarantine and the efforts they have to take to combat it.

In Stanislaus County, Zipser says that the pressures are coming from increased costs. He says that the cost of production has increased along with labor costs and fuel costs.

"You look at the cost of production and producing crops today and the fuel costs and all the costs associated with producing a crop," Zipser said. "I think you put all those together and it causes some stress on farmers for sure."