How to leave PG&E for good... but it's not that easy

The sticking point is making an offer to buy PG&E territory when they have no reason to sell it. It's like trying to buy someone's home when it's not for sale. 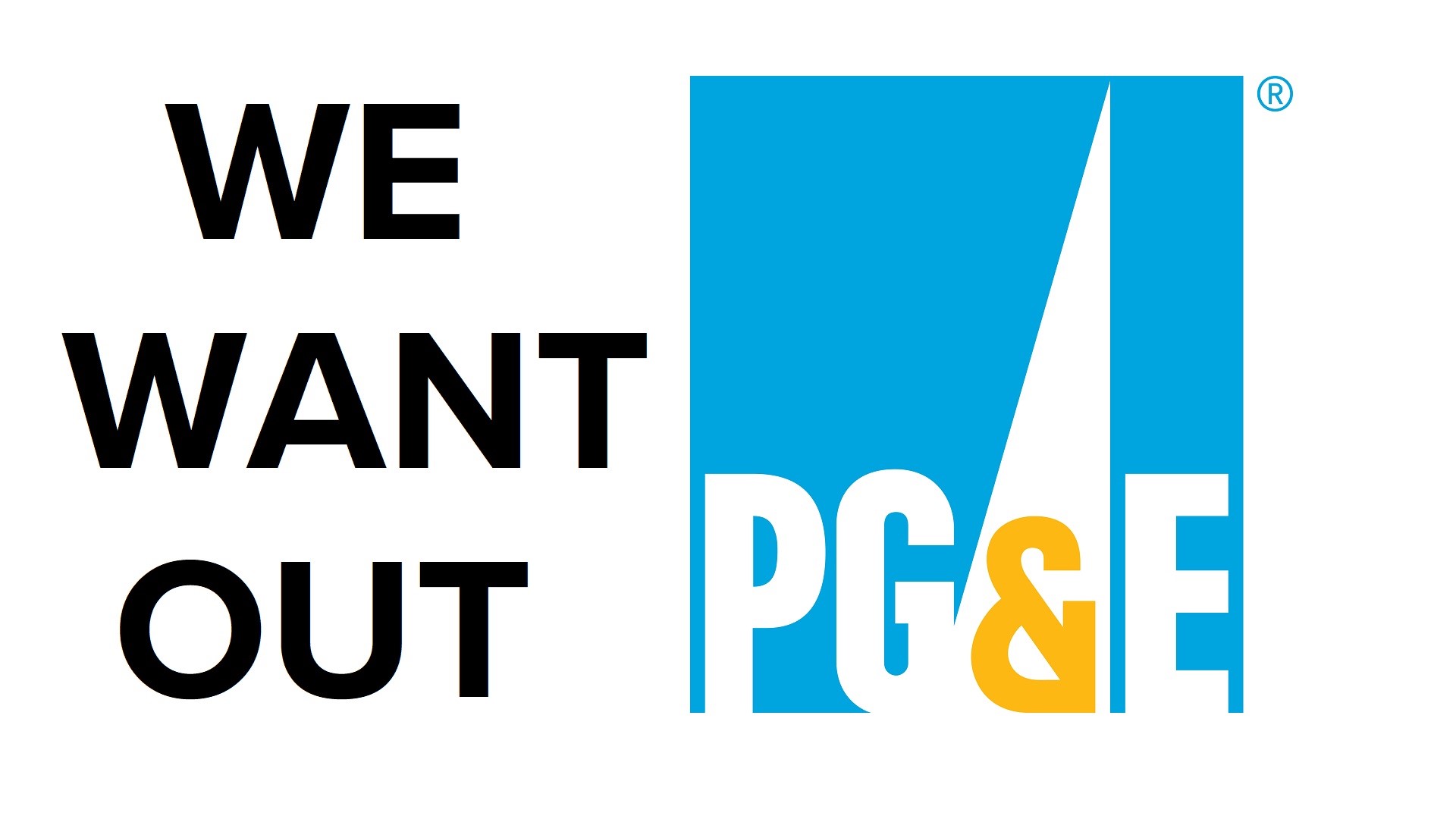 CALIFORNIA, USA — Leaving behind a world of PG&E payments, outages, and Public Safety Power Shutoffs is not an easy thing to do, but it is possible.

It is a community and city level effort, and the biggest challenge is making an offer to buy a territory from PG&E. Barry Moline, Director of the California Municipal Utilities Association, likens it to making an offer on a house that isn’t for sale, while the owner is still living there.

That being said, there’s a shift in dynamics for at least the South San Joaquin Irrigation District (SSJID) and the city of Manteca as they try to make their own electric utility. According to Moline, while PG&E has rejected SSJID’s previous offer, the utility is now at the bargaining table due to their bankruptcy.

RELATED: ‘People in this town are pissed’ | Manteca mayor rips into PG&E rep at meeting

Moline said SSJID and Manteca have the strongest case to leave PG&E that he’s seen in the past 25 years. Here’s how they’d do it and how others could do it too:

How to leave PG&E

It’s far from an easy process, but, to Moline, the key is commitment.

He’s been through about two dozen investigations where a community wants to purchase an electric utility or, in a few cases, where a locally owned utility wants to sell to private utility. The only time he saw it happen was when a utility was not responsive to the local community.

“The first step is to have the commitment to look at it,” Moline said. “There’s got to be a reason to do this. It depends. It could be different in every community, but for the most part, there’s got to be some rationale.”

This is the “why” question that many have to answer before setting up their own utility. Oftentimes, it relates to poor service or possibly the Public Safety Power Shutoff program.

This is a light study where you look around and examine how setting up your own municipality or utility would work. Questions would need to be answered in regard to staffing, buying power, who would operate it, what you would need to buy, and whether service would actually get better.

Once that feasibility study is done, it gets brought to the community. This is the point where government officials and members of the public weigh-in and decide whether it is a good idea to move forward.

After the support is there, another more extensive feasibility study is due. Part of this includes a detailed engineering analysis. In other words, this would be the “inspection” before buying a home where you learn what everything would cost.

This is where things get more difficult.

While an entity can make an offer to buy PG&E’s service territory, that doesn’t mean PG&E has any rationale to say "yes."

“There’s nothing that drives the owner of the utility to accept the offer. Nothing whatsoever. There’s no rationale that says 'we have to take your offer' 'that’s a good deal.' This is like an unsolicited offer for your house.”

SSJID reached that point with PG&E in the 15-year effort to become the power provider for their community. Moline said PG&E rejected SSJID's offer, but, with their bankruptcy, things might just move to Step 6.

“PG&E’s in bankruptcy. PG&E itself may not be making the decisions. It’s a bankruptcy judge who might say ‘Huh, we need the money to pay victims or to upgrade the PG&E system…  that’s cash money that we need to operate our system better,’” said Moline.

The bankruptcy presents the possibility of a new decider with a new perspective on taking an offer.

“In the case of SSJID and PG&E, there is nothing that brought PG&E to the negotiating table until the bankruptcy," he added. "The bankruptcy takes this issue out of PG&E’s hands and puts it in the hands of the bankruptcy judge.”

If an offer is accepted, then there’s a deal and a new power provider can start up.

RELATED: Manteca wants to break away from PG&E because of potential power shutoffs. But how likely is that to happen?

Will other cities be likely to act on this?

While the bankruptcy might present an opportunity for SSJID, it took years for them to get to this point. Moline said it's unlikely that other cities will start buying their utilities.

“I think it’s easy for people to say… PG&E’s world is crumbling [but] no, not in the slightest,” Moline said.

“SSJID has been looking at this for a long time,” he added. “There’s no one else that is going to suddenly say ‘We want to do it too’ and there’ll be a sort of an avalanche of cities that are buying their utilities. That’s not going to happen.”