The bus driver -- 64-year-old Kim Klopson -- is no longer with the school district and faces a criminal charge of "cruelty to child by inflicting injury." 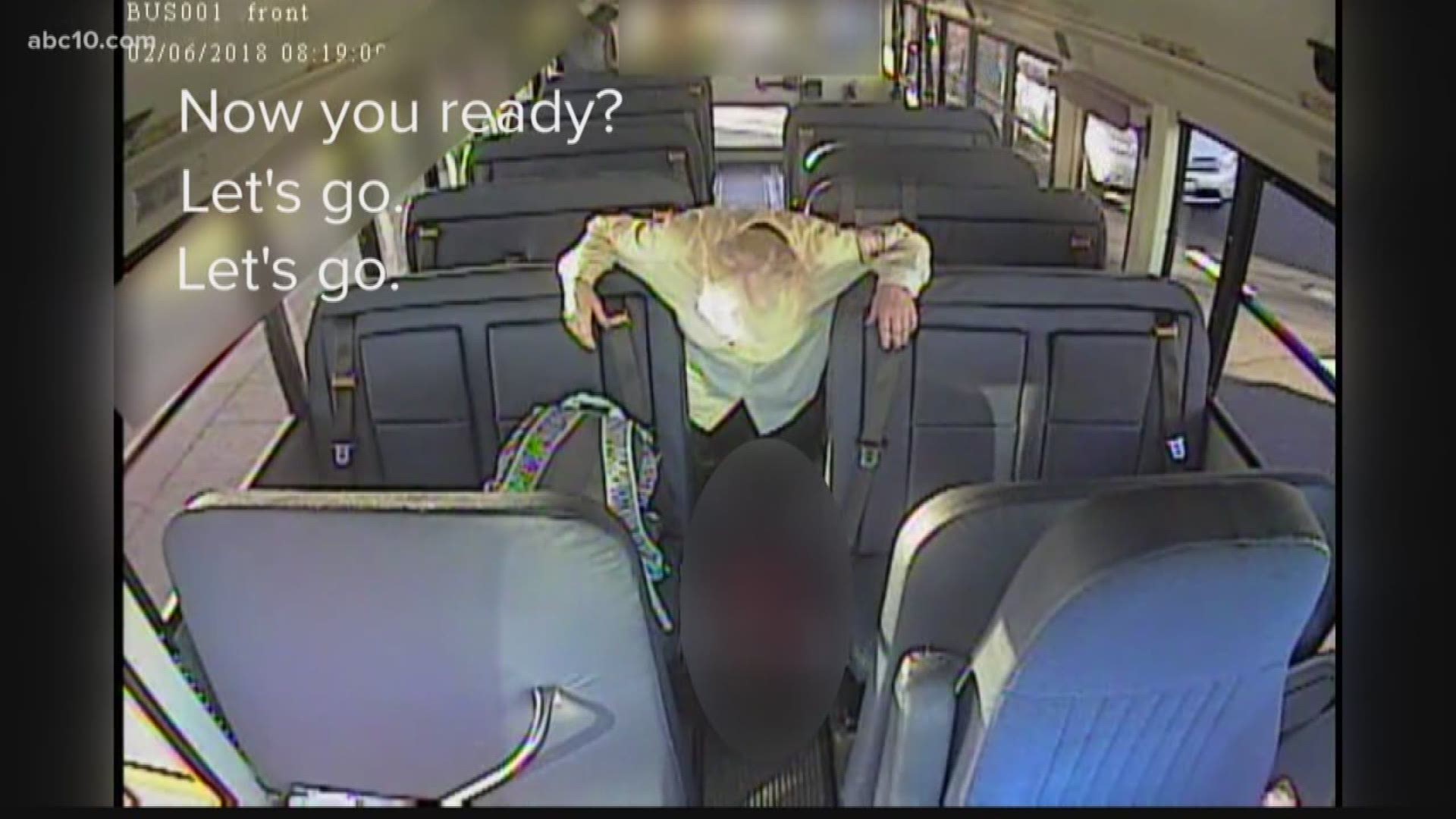 Tap here if viewing on the ABC10 app.

The bus driver, 64-year-old Kim Klopson, is no longer with the school district and faces a criminal charge of "cruelty to a child by inflicting injury."

In the video, released by Liberty Law, Klopson is seen verbally taunting the young girl who temporarily blocked the aisle with her leg.

"If you stick your feet out again to keep her from moving, you are going to be on the window. Got it?" Klopson tells the girl.

Once they arrive at Browns Valley Elementary, Klopson refuses to let the girl off the bus. She physically drags the girl out of her seat and down the aisle.

An aide is seen standing outside the bus but does not say anything, even as the bus driver closes the doors, locking the girl inside. The little girl is then heard screaming and begging from the bus driver to stop.

Several minutes later, the bus driver opens the door and allows the girl to leave. She tells the crowd watching from outside, "It's OK, I didn't hurt her guys."

Micha Star Liberty, the lawyer representing the family, says the family is preparing a lawsuit against the school district.

"The video is a horrific depiction of an adult bus driver physically abusing and assaulting an 8-year-old autistic girl," Liberty told ABC10. "We're hoping the release of this video will spark people to pick up the phone and report their own experiences with this woman."

According to Dr. Kathryne Buchanan-Miller with Sacramento's Autism Services, this traumatic incident could have long-term impacts on the girl.

"It would not surprise me if that child would not want to ride a bus again, ever. And that's really sad," Dr. Buchanan-Miller explained.

She said that one of the things that stood out to them in the video was the child being called "bad."

Dr. Buchanan-Miller also said her office gets four to six calls a week about incidents taking place on buses.

This particular family did not want to speak publicly, however, they say they hope the school district will help pay for some of the services the little needs to recover from the trauma of what she experienced.

ABC10 reached out to the school district. They declined a request to be interviewed.