Splitting is caused when rainwater seeps under the thin outer skin of the fruit, swelling the cherry. It then makes the cherries worthless on the market. 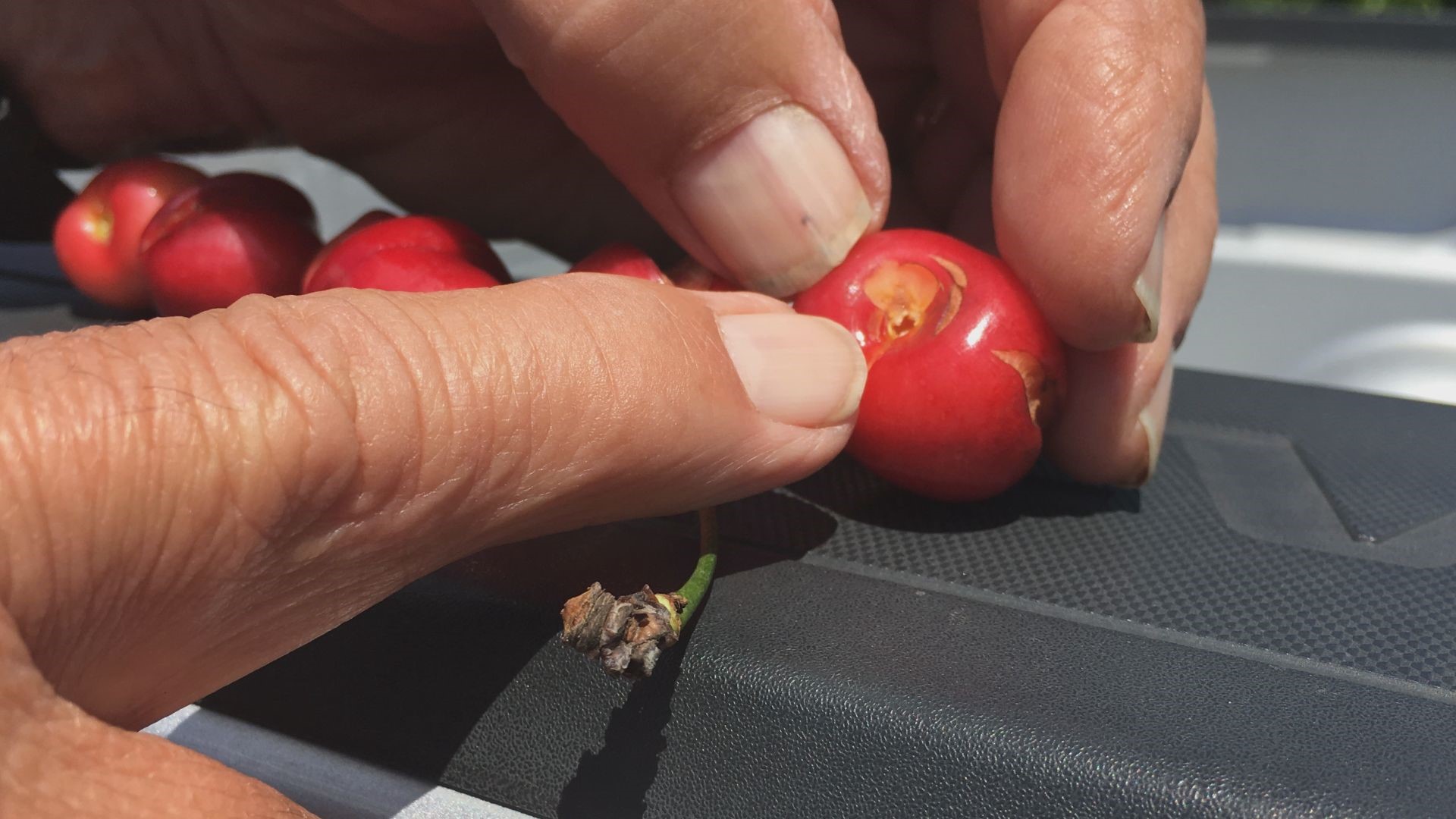 LINDEN, California — After a pounding storm that left cherries vulnerable, Linden cherry grower Ken Vogel likes what he sees, so far. But with more storms in the forecast, the damage could get much worse.

Vogel, one of the smaller growers in the area, has about 15 acres of cherries in two orchards.

The damage to the fruit is random. You have to look very closely at the cherries on each branch to see if there is any splitting. Splitting is caused when rainwater seeps under the thin outer skin of the fruit, swelling the cherry.

It then makes the cherries worthless on the market. This year's harvest is a bumper crop and may break records.

"I picked out some cherries out of the orchard. This is what you're looking at when the cherries split, get too much water in the membrane and get warm and they'll split," explained Vogel.

At Linden's Sambado and Son and Prima Fruita Packing, early varieties of cherries and fruit from down south are getting packed. The fruit packing and marketing business packs for more than 40 growers in California, making it one of the state's largest.

Lawrence Sambado says what we are witnessing with the weather is historic.

"I've been doing this for over 60 years. It's by far it's the worst ever. It's like a winter storm. It's horrible," Sambado said.

Sambado says orchards got nearly three times the amount of rain they may normally get as harvest time approaches.

"And then there's still another inch and a half maybe coming. I don't think these cherries can take it. But, we'll see. Come next Thursday we'll know," added Sambado.

For growers, rain comes with the territory this time of year. And, even when things aren't so "cherry," growers like Vogel say you have to remain optimistic.