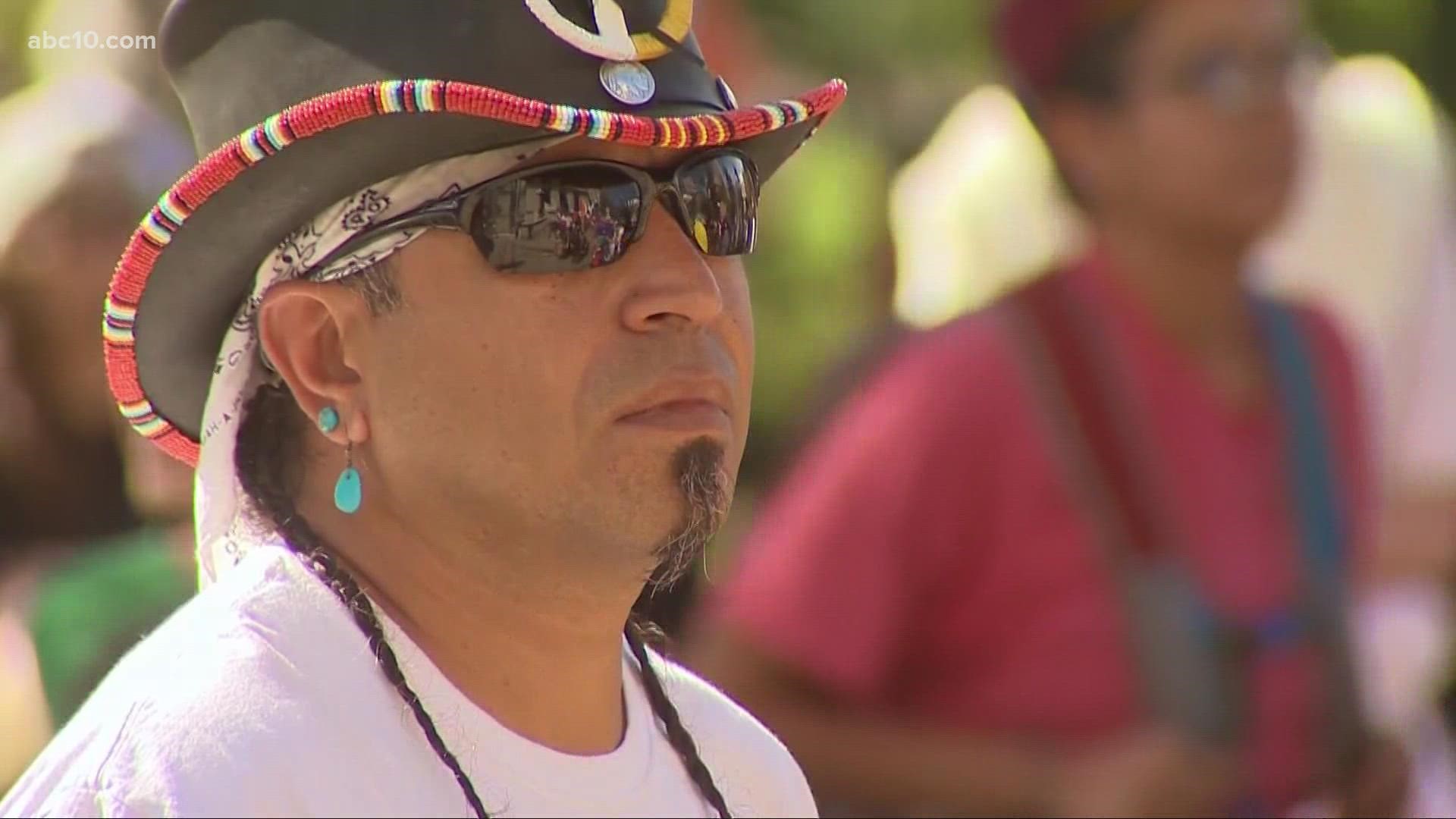 CALIFORNIA, USA — Both Governor Gavin Newsom and President Joe Biden recognized Monday as Indigenous Peoples’ Day. In Sacramento, there has been a renewed commitment to refocus attention away from the period of colonization and instead focus on the people who were already here.

Local leaders like Jesus Tarango, chairman with Wilton Rancheria tribe, reacted to what Indigenous People’s Day means to them and if they think enough is being done.

“I have a small smile because it’s a start, right? It’s a start in that acknowledging that we’re finally going to give the original inhabitants their day of celebration,” Tarango said.

The Wilton Rancheria tribe is the only federally recognized tribe in Sacramento County. Tarango acknowledged much has been accomplished.

“Progress, absolutely, we’re here. Is it enough? No. It’s not. But I believe it’s going to give the indigenous people a platform to say, ‘Now that we have our day, what’s important to us?’” Tarango said.

He said he has been thrilled to see the work done by Assemblymember James Ramos supporting indigenous people and getting signed into law by Governor Newsom.

“That’s my wish list. It would be the representation. I think we’re already doing that with AB 338. But then I think you have to also follow up with that education piece and allow the people an opportunity to know who we are,” Tarango said.

He understands why some people are reluctant to shift the focus for the holiday from Christopher Columbus.

“We were trying to honor this person, this individual for what he discovered. I think it’s the right thing to do to say now that we know history’s incorrect, now we’re going to give it to the people who were already here,” Tarango said.

Katie Valenzuela, Sacramento councilmember for District Four, said it’s personal to her. She said her own family was relocated to Kern County, though they don’t know what tribe they came from.

“It’s always progress when native people are recognized. I will definitely say it’s not enough. Enough would be much much more than just a day,” Valenzuela said.

She described why the day is important to her.

“I think part of what I appreciate about Indigenous Peoples’ Day is both the recognition of past harm but also the recognition of how that continues to affect people today and how much we need a commitment to really doing more on behalf of tribal communities everywhere,” Valenzuela said.

She said Sacramento has a robust native community, but it also has some challenges.

“I see this both as a recognition of all that communities have overcome and the resilience, as well as a need, for us to reaffirm our commitment to continuing every day to figure out how we overcome the barriers that colonization has really left us,” Valenzuela said.