From February to early March, the Central Valley sees a flurry of pink and purple petals come to life for the almond bloom. 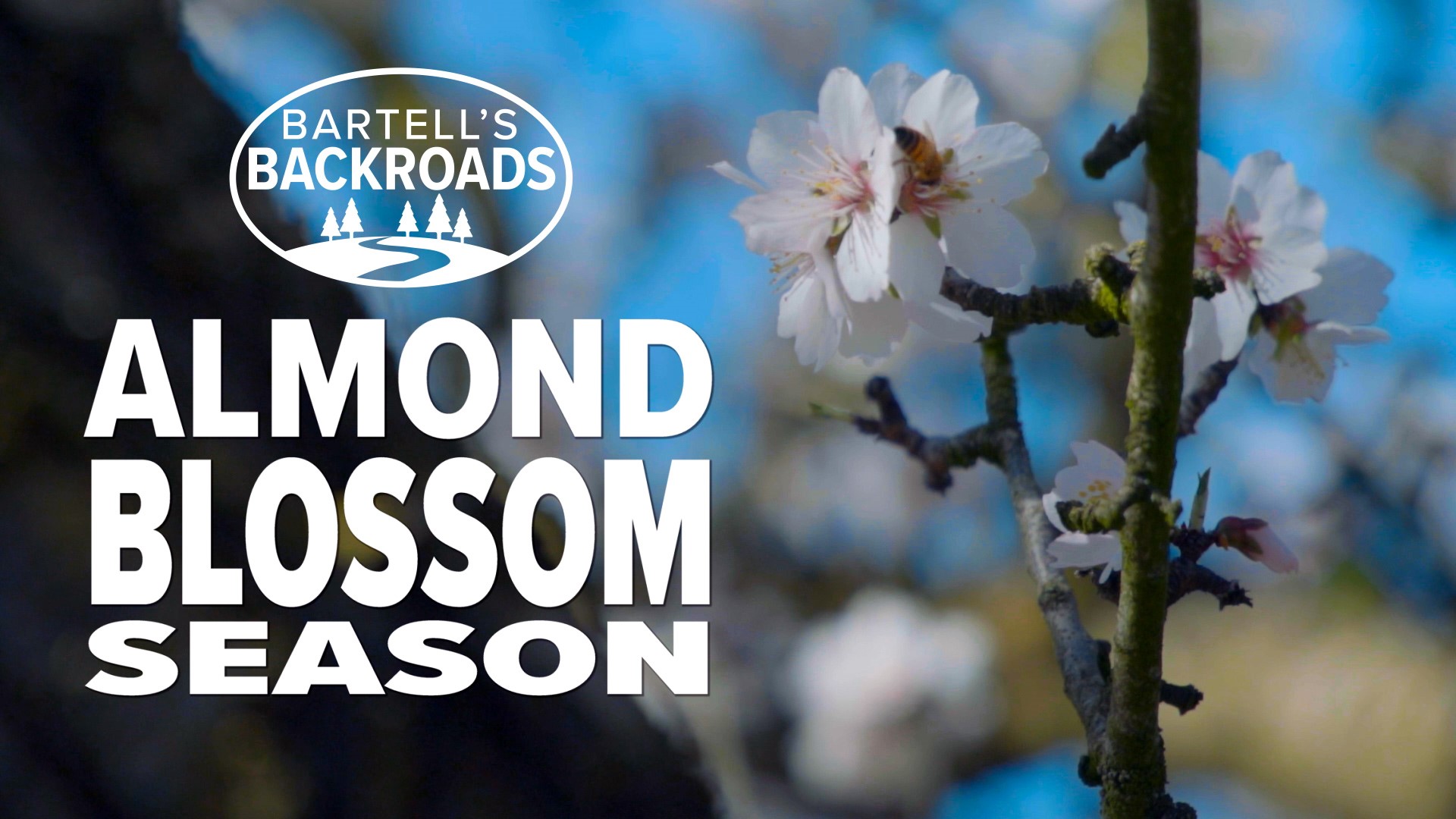 ESCALON, Calif. — Almond bloom season brings about a stunning display of pink and purple petals in orchards all around Stanislaus and San Joaquin Counties.

When the bloom ends, these gorgeous petals fall and become what many refer to as the "valley snow."

Here are some fast facts about California's almonds and the almond bloom:

Many almond farms in California are family owned and operated - about 90 percent, according to the Almond Board of California.

In Escalon, ABC10 visited a 40-acre orchard, which dates back to 1965, while the bloom was at its peak. The orchard was the result of an effort from Fred Veenstra and his brother-in-law, who planted their orchard's first generation of almond trees.

Even though Veenstra isn't around today, his granddaughter Danielle Veenstra has been around to continue the family work with the orchards.

In addition to great soil and water, almonds benefit from the kind of climate California offers, which is why California grows 80 percent of the world's almonds.

Freezing temperatures aren't good for the crop during periods like the almond bloom.

“You can’t grow them in Wisconsin or Arizona or any place where you would potentially have that type of weather,” Veenstra added.

According to Veenstra, about 40 percent of the almond industry almonds are "nonpareil" varieties. These are the snack nuts that have the most desirable taste, look, and texture.

Other varieties are grown and can often end up as a flavored snack nut, like those with Wasabi and Soy seasoning. Other varieties like the Butte-Padre produce a smaller nut that you'll probably find hidden inside a Hershey's Kiss.

A lot of varieties are grown but all are put to their best possible use. In Veenstra's orchard, she has at least three different varieties of almonds, which also helps pollination.

4. "They [professionals] can make almonds into anything"

Almonds can be made into marzipan, butter, flour, and a "milk." One of the more surprising creations Veenstra ever saw was an almond-based meatball.

“I’ve been on some of our tours with food professionals, and they can make almonds into anything,” Veenstra said.

The coproducts, like the almond shells, have been used an animal bedding but it also has the potential to be used as a reinforcement agent for plastics. Research is being done to these shells, where they get burned in the absence of oxygen and made into a charcoal-like powder, to help make recycled plastics stronger.

Bees collect pollen and nectar from blooming almond trees and rub against other flowers, pollinating them. Inside the flower, you get what will grow into a harvest ready almond around August.

“Every single almond that we eat is because a bee pollinated whatever flower that was on almond tree,” Veenstra said.

To get the valley snow, those beautiful pink and purple petals have to fall off the tree. Some varieties bloom and fall later than others, but they eventually create the 'valley snow' when they fall to the ground.

Forget cherry blossoms. In Northern California, it's the time of year when almond trees come to life, and there are a lot of them. About 80% of the world supply comes from here. As John Bartell discovered, the blooms look amazing and the smell is something you have to experience yourself to appreciate.