A Vacaville City Council meeting on Tuesday night discussed the investigation of the officer, who is no longer a K-9 handler. 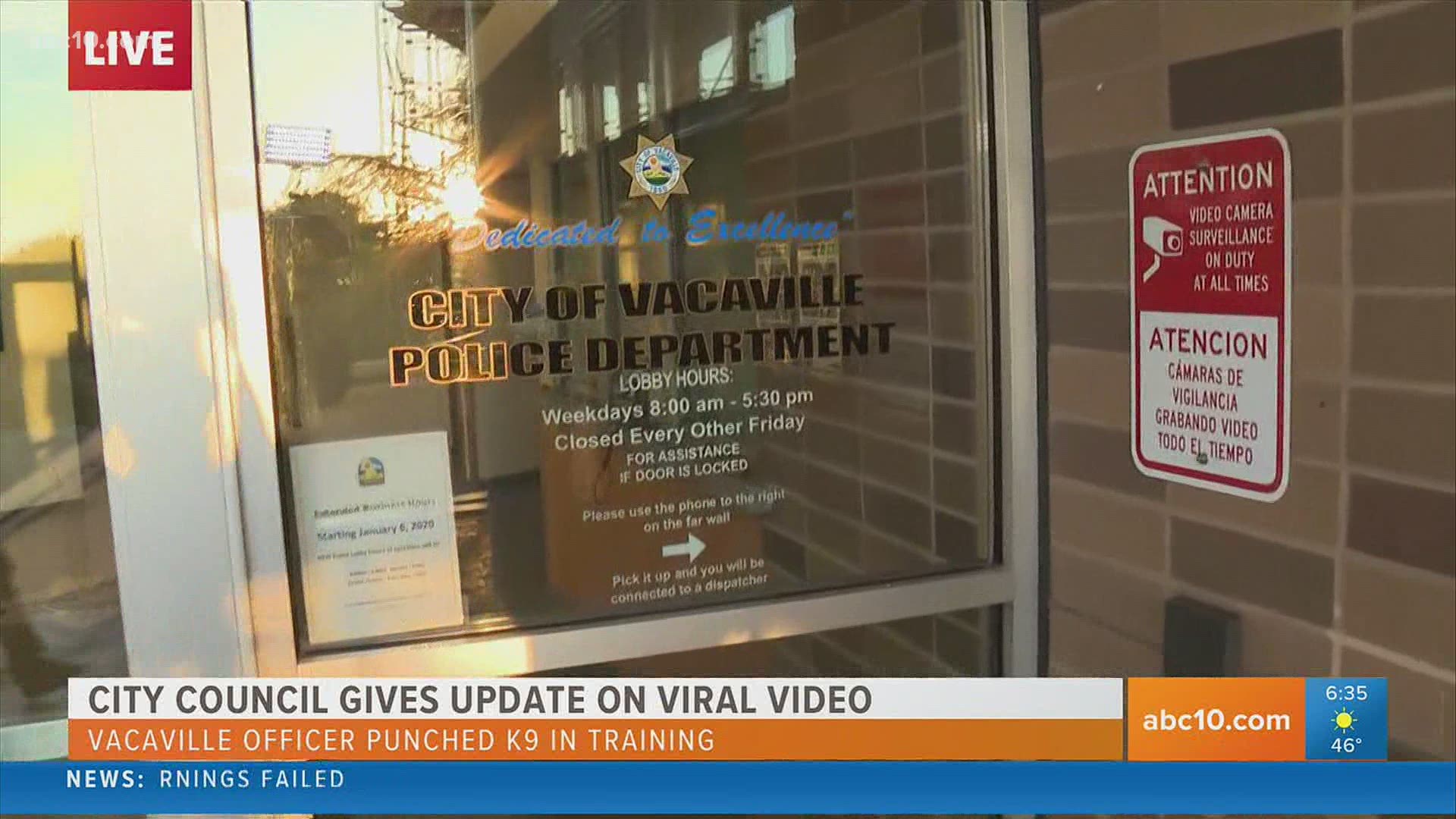 VACAVILLE, Calif. — A months-long investigation into a video of a Vacaville police officer punching his K-9 partner concluded at a city council meeting Tuesday evening.

The incident caused backlash after a Vacaville resident recorded a video of the officer and shared it on his Facebook page in December 2020.

The 25-second video clip shows the officer pinning the dog on the ground and punching it once on the muzzle or snout. A 3rd party investigation found that the dog did not have any physical or mental trauma from the hit.

On his Facebook post about the incident, Roberto Palomino said, in part, “I heard a dog crying, when I looked, the officer was punching the dog over and over…only thing I could think was recording.” Palomino said he was too afraid to confront the officer.

A day after the video was posted, Vacaville police said the officer caught on camera is no longer the dog's handler. At a January 3 protest, demonstrators said that move wasn't enough, they wanted the officer fired.

Sarah Peavey planned the protest and is a resident of Vacaville. She said as an animal lover and the daughter or a military dog trainer, what she saw was not right.

"I would like to see that officer removed from the force," Peavey said.

In addition to evaluating the dog for trauma, 3rd party investigators recommended Vacaville police take a look at how it files documents on its K-9 handlers, saying the department does not do it as often as they should. Instead of once a year, the department should update the documents throughout the year.

Adam Wolf, the teenager's father, said his son was afraid after watching the Vacaville Police officer throwing his scooter aside, which is why he tried to get away.