Protesters called for the officer to be fired. 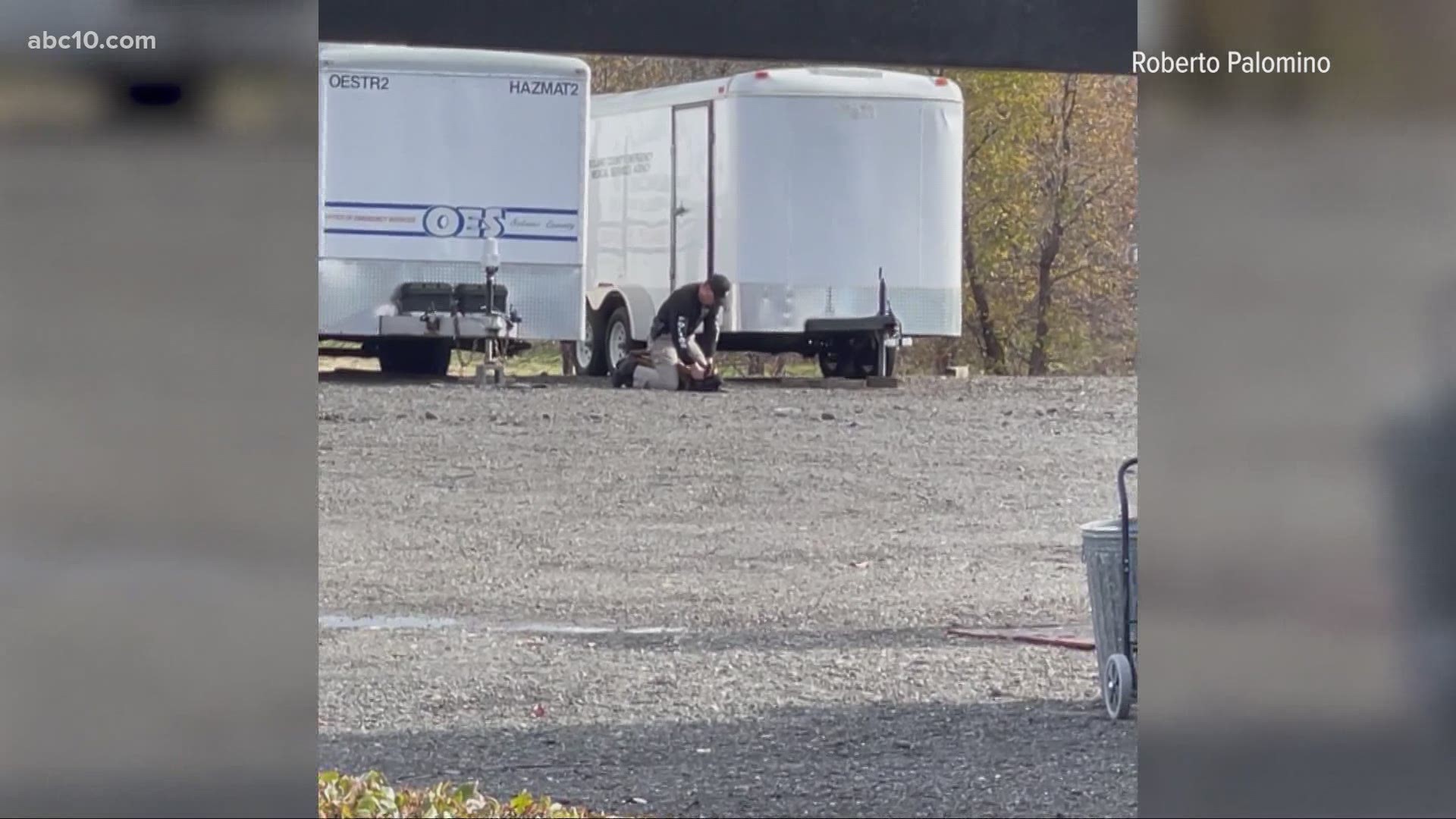 VACAVILLE, Calif. — Protesters gathered at the Vacaville Police Department on Sunday in response to a video of a police officer punching his K9 partner posted last week.

Sarah Peavey planned the protest and is a resident of Vacaville. She said as an animal lover and the daughter or a military dog trainer, what she saw was not right.

"I would like to see that officer removed from the force," Peavey said.

The man who shot and posted the video on Facebook, Roberto Palomino came to the protest. He spoke with ABC10 about the incident he recorded.

Palomino said he heard the dog yelping while he was at work nearby and didn't realize initially that it was a police officer on top of his K9 partner. He said if the man was not an officer, he would have intervened.

"It sounded like a dog was getting run over," Palomino explained. "I just wasn't sure if it was right. It didn't seem right to my own eyes."

Since posting the video on Monday night, Palomino said he had gotten a mixed response on Facebook, with several people criticized his recording and then sharing of the video that has since gone viral.

Palomino said he stands by what he did and that his intentions weren't to show a police officer in a negative light. He said he was merely trying to get answers and to help the dog if what he saw and recorded was in fact wrong.

Palomino said he has gotten feedback from a few police officers who have commended his actions.

"That makes me feel really good," he said. "There's a lot of police departments that don't support these kinds of actions."

According to Vacaville Fire Chief and interim city spokesman Kris Concepcion, the officer who was caught on camera is no longer the K9’s handler. After being evaluated by a veterinarian, Concepcion said the dog did not suffer any physical injuries and is now under the care of a third party outside of Vacaville Police Department. An investigation is ongoing.

Vacaville Police did not respond to ABC10’s interview requests on Sunday to get an update on the officer’s status.