The Lake Washington School District Superintendent announced Monday that Juanita High School will immediately drop the "Rebels" as their mascot. 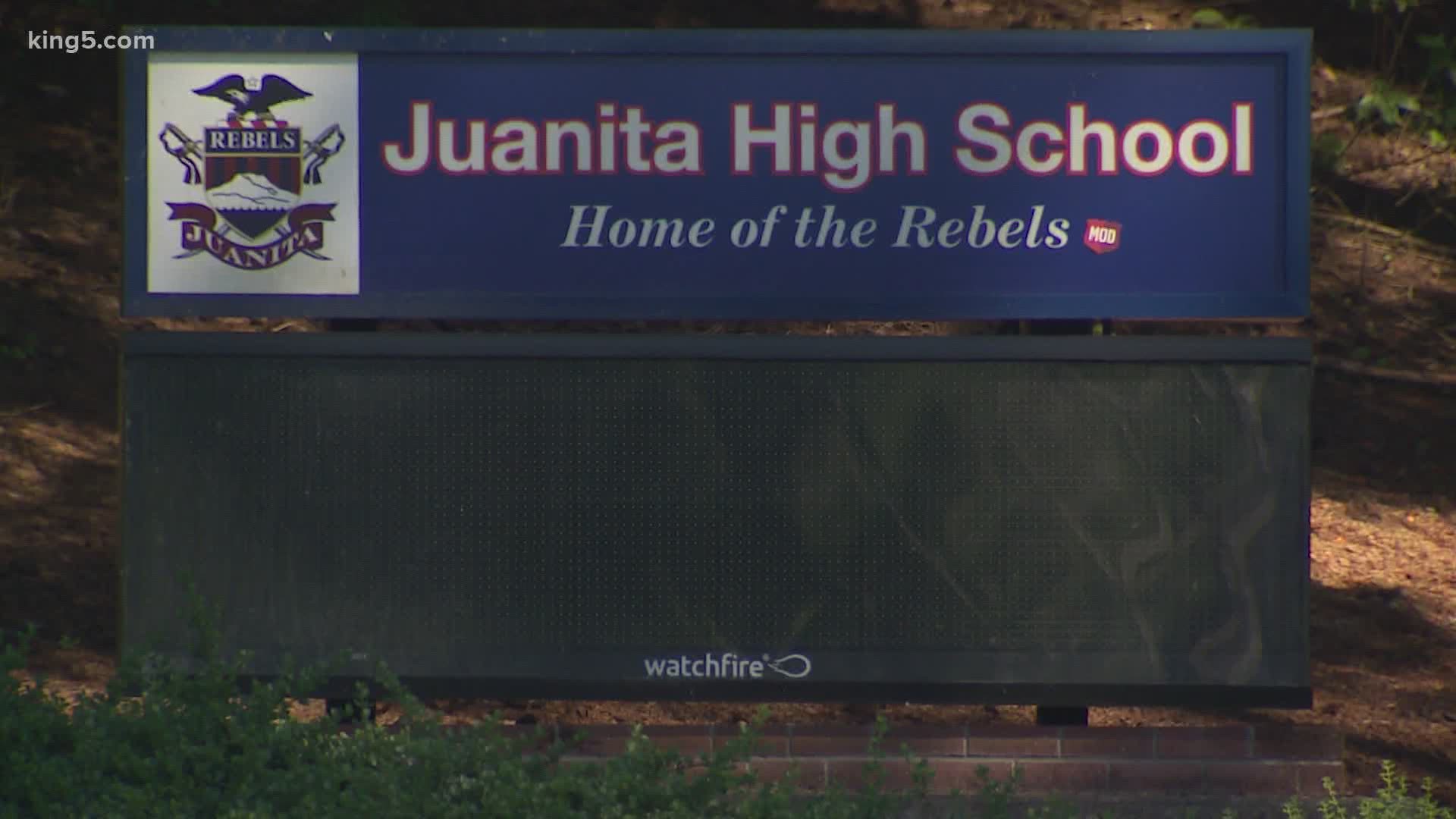 Editor's note: Video aired in June 2020 before the mascot change was announced

Holmen made the announcement during Monday's school board meeting. He said after researching and holding conversations with students, parents and administrators, the "Rebels" mascot did not align with the policies and values of the district.

The change will be implemented immediately.

Holmen said a mascot should unite a student body and the association of "Rebels" as a mascot does not do that. He said a new mascot that aligns with the school's policies and values will be decided by student vote, after administrators approve the choices.

“Regardless of your view of this decision, I hope everyone connected with Juanita can come together to take this next step forward,” Holmen said. “We all have a responsibility to our current and future students to make this next chapter great.”

In 2017, a student created a petition to change the school mascot, collecting hundreds of signatures.

The petition said the mascot and its logo are a “slightly modified iteration of the Confederate flag.” It went on to say that other schools across the nation decided to change their “Rebel” mascot in light of its historical connotations and they believe Juanita should do the same.

Juanita High School's current logo did not currently use Confederate imagery, but students in the past have used the Confederate flag at games.

The mascot was not changed after the 2017 petition and a renewed push was made this year by current and former students.