Sadly, authorities say five of the goats were struck by cars and killed before officers arrived on the scene. 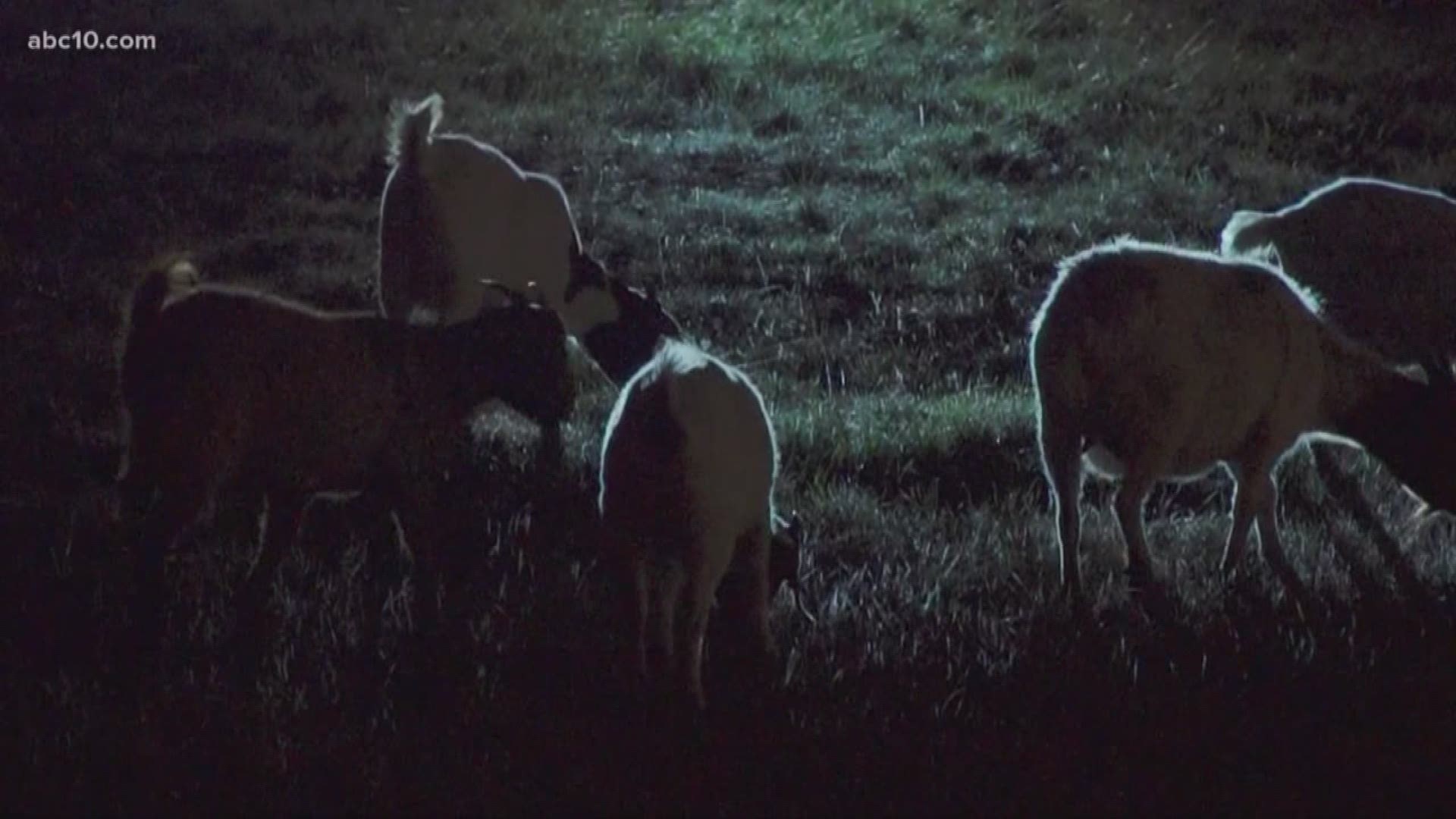 LINCOLN, Calif. — Highway 65 near Lincoln was briefly shut down, Tuesday night, after dozens of goats wandered onto the roadway.

Authorities say the goats, which were being used in an adjoining field to trim the grass, ended up on US 65, near Ferrari Ranch Road, because of a damaged gate on the property.

Placer County Sheriff’s deputies were first to respond around 8 p.m., followed by Lincoln Police, California Highway Patrol (CHP) and Caltrans. Crews worked to herd the animals off the freeway and traffic was back moving after a short time.

Sadly, authorities say five of the goats were struck by cars and killed before officers arrived on the scene. No vehicle or vehicles remained on the scene, so police do not believe any people were injured.

The fence from which the goats are believed to have escaped was repaired and the goats were herded back onto the property, with an assist from the property owner’s herding dog.

Authorities did not say if the property owner will be cited for this incident. An exact number of goats was not given.