Summer in Yolo County is sunflower season, but when dozens of people swarm in for a photo opportunity, the farmers and the flowers suffer. 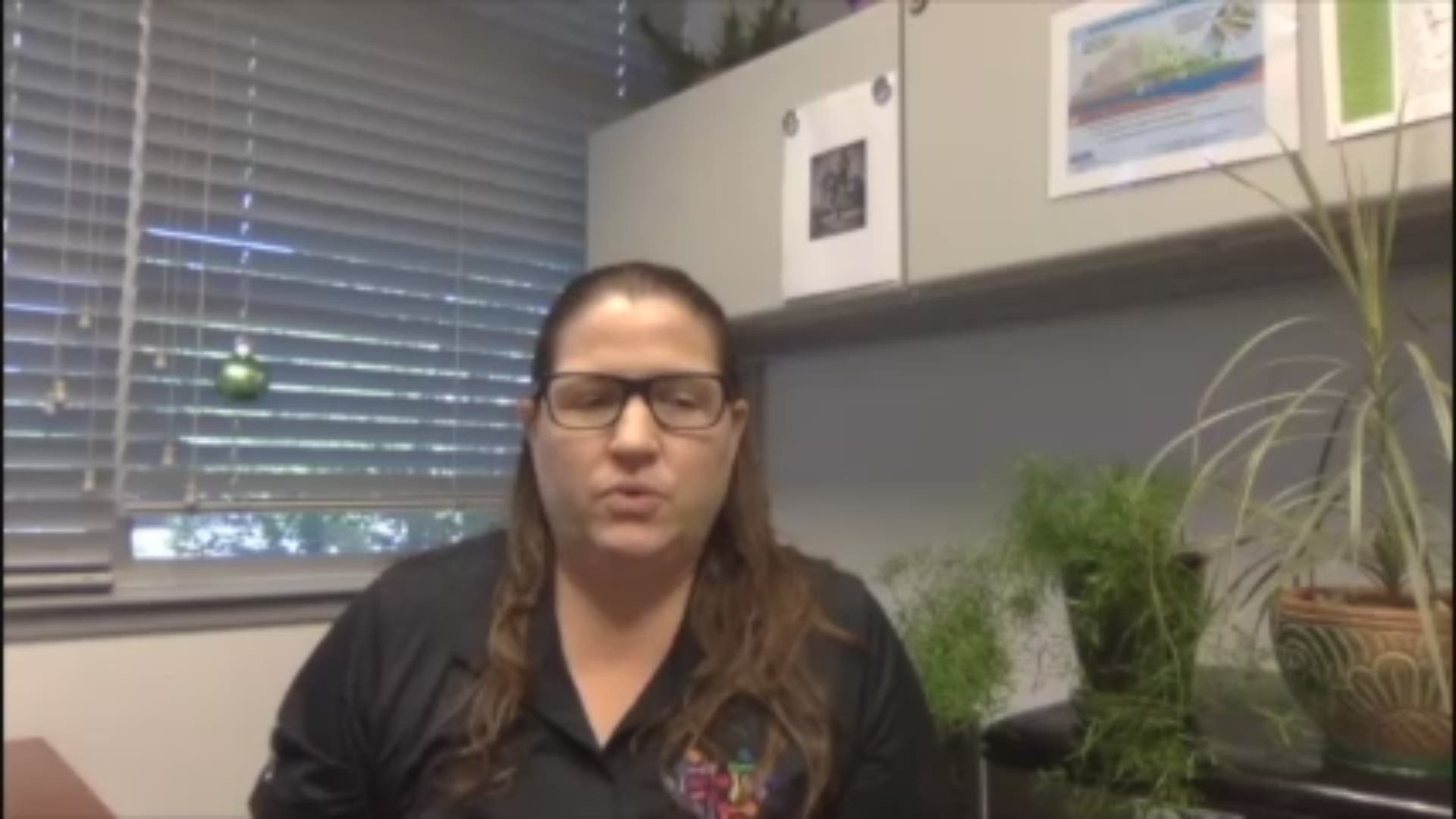 YOLO COUNTY, Calif. — It's summer in Yolo County, and rows and rows of gorgeous, bright sunflowers stretch to fill the horizon. Yellow fills the eye line from miles, and there's no escaping the vision of thousands of tiny suns.

That is, there's no escaping the view until you see dozens of cars lined in the dirt roads that separate one field from another. What was once a paradise-like view is now marred by groups of people, local and tourists alike, trying to get the perfect photo.

Tammy Rominger comes from a family that has tilled the earth of Yolo County since the 1800s. Generations of family members have put farming at the center of daily life, and as such, Rominger knows proper agriculture etiquette when she sees it.

She says these photo ops aren’t it.

"Going into a farmer's field is basically like entering into someone's front yard," Rominger said.

When passing by some of these fields, it seems all too easy to just walk on to the property and snap a photo.

Credit: Samantha Solomon
The dirt road around this sunflower field almost seems like an invitation for a stroll. But it's not.

The fields lay just off the road, and while there is no sidewalk, a dirt path seems to indicate that it is okay take a stroll. The gates that lead into the farms are even ajar sometimes.

However, Rominger says that an open gate is not permission to enter.

She points out that, much like how some people don’t have fences for their yards, farmers may not feel the need to enclose their land.

"I don't come in your front yard and lay down and take pictures of me and my kids in front of your house," Rominger said. "That would be inappropriate. And it really is the same thing."

Farmers are often putting faith in the goodwill of people to not trespass on their land. Even so, along some of the sunflower fields of Davis, there are signs that state "No Trespassing" quite clearly. 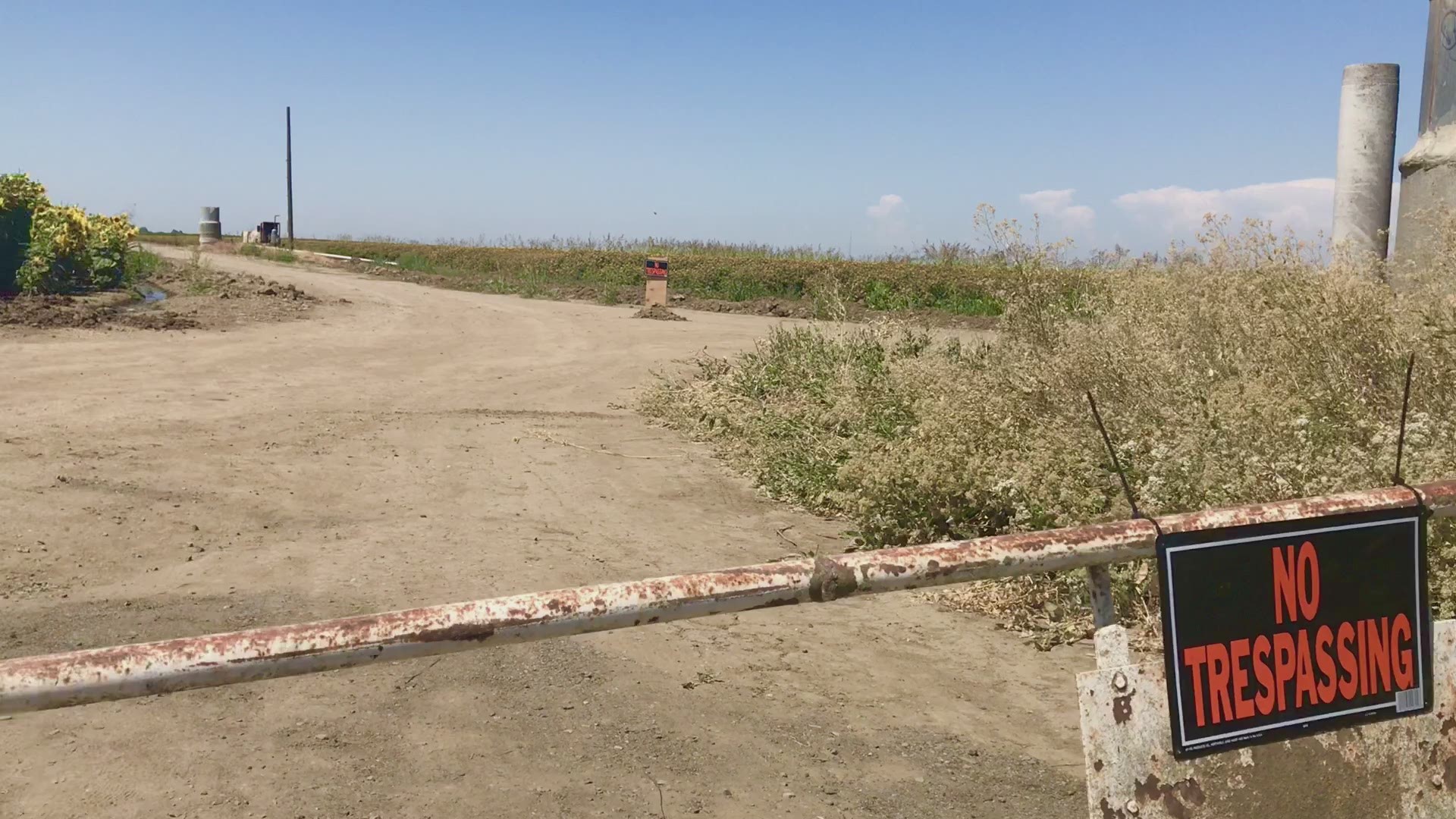 It seems that people have chosen to ignore these signs, at the detriment of farmers and the sunflowers themselves.

Taking photos in sunflower fields is reminiscent of the tragic end to California's super bloom in 2018, when hundreds of Instagram influencers and tourists treaded over a historic poppy season in order to get the perfect shot.

"Last year, there were a couple of instances of people trampling through because they want to get right in the middle of the sunflowers at dawn or at dusk," Rominger said. "It's beautiful, and I know the farmers understand that but they have to make money."

Local agriculturalists are trying to make a living. It's not easy to make a profit when tons of hard work goes to waste during each crop.

"The other thing that we've seen in the past years is that people going into these areas and, say like a tomato field for instance, and just picking tomatoes because they're like 'well, look, there's millions of tomatoes out here.' But, if a thousand people go out and pick buckets of tomatoes, that makes a huge impact on that farmer," Rominger said.

The sunflowers are beautiful during the golden hour, and it would make a stunning photograph, but farmers' fields are private property.

People may be quick to forget that farms are host to an array of dangerous terrain, pests and chemicals. Rominger says it's not uncommon for young children to fall into a ditch filled with water and drown. Snakes, including rattlesnakes, enjoy the shade of the sunflower fields. Coyotes might even burrow between the stalks.

Rather than enter someone's private property to take a pic, Rominger suggests finding a spot off the side of the road.

"There's usually areas that you can pull off and take picture from your car and that's totally appropriate," Rominger said.

It means you're not necessarily getting up close and personal with the plants, but you're not risking your safety, nor the livelihood of the farmer whose field you've just captured with your camera.

"Farmers want to bring the best and freshest produce to their customers, and they care very much about their properties and the items that they produce," Rominger said "They are very passionate people. That’s why they do what they do."

WATCH ALSO: When sunflowers go from yellow to brown, it's harvest time