Around 25 or 30 Lodi Police officers will patrol with Colt M-4 semi-automatic rifles during the four-day festival. Each rifle is equipped with a 30-round magazine. 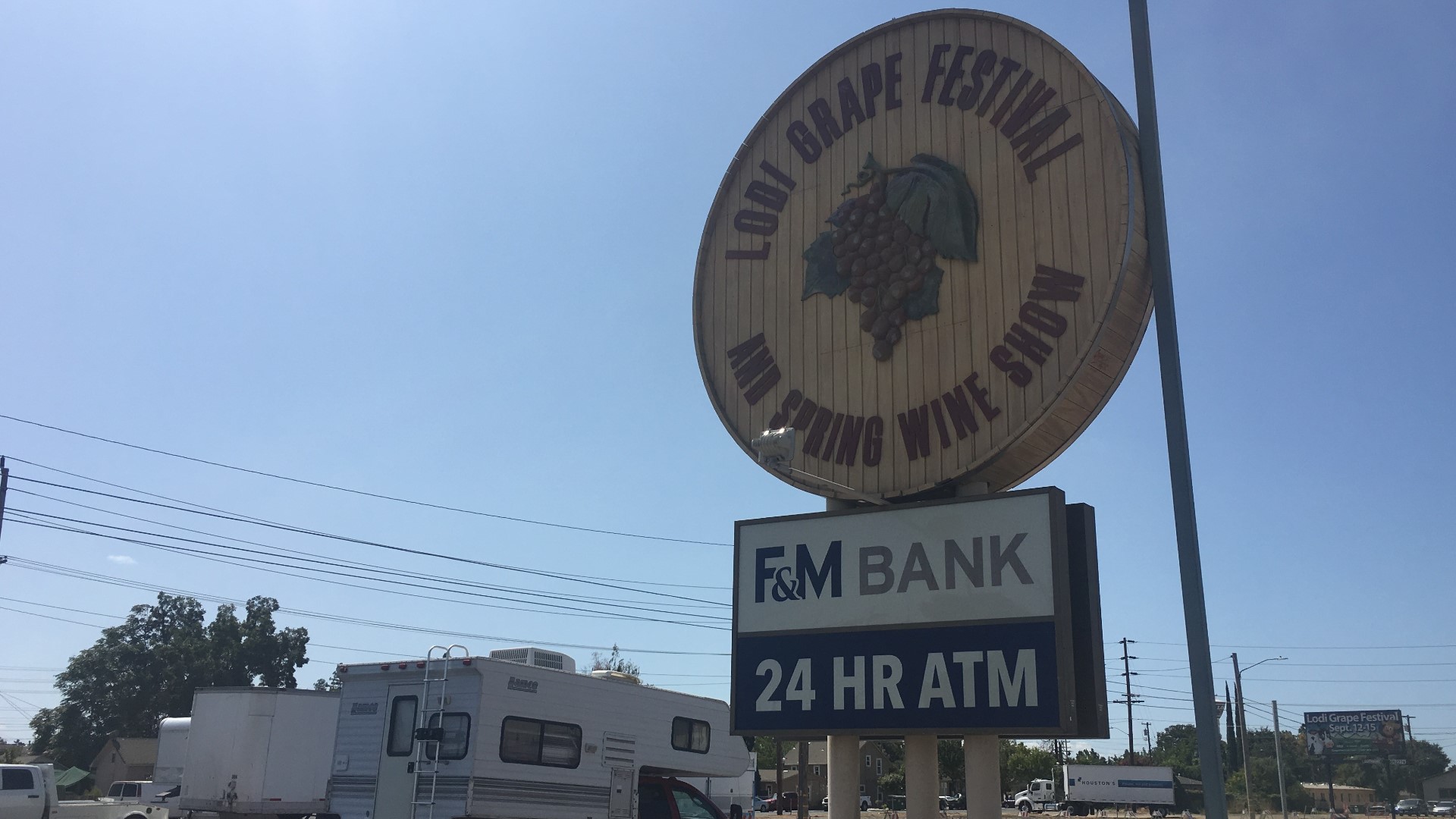 LODI, Calif. — For 28 years, Mark Armstrong has been CEO of Lodi's most famous community event: The Lodi Grape Festival. But, he has never had police officers armed with semi-automatic patrol rifles on the festival grounds.

"What the police are doing I think is awesome. That anything we can do to step up, even if there wasn't anything going on, I think that the safety of the patrons is number one," said Armstrong.

Around 25 or 30 Lodi Police officers will patrol with Colt M-4 semi-automatic rifles during the four-day festival. Each rifle is equipped with a 30-round magazine.

The extra security comes in the wake of the recent Gilroy Garlic Festival shootings, as well as other recent mass shootings.

RELATED: Everything you need to know for the Lodi Grape Festival

"It's another tool to help us ensure the safety and security of the festival-goers," said Lodi Police Sgt. Ricardo Garcia.

Garcia said the message to anyone who may plan to do harm is straight forward.

"We want them to know that we're prepared. It's something we don't want an unfortunate event to happen here obviously, but if something does happen, our officers will be prepared to address any necessary threats," added Garcia.

Lodi police will also deploy a drone at times to get an overhead view of the festival. On the Lodi Police Department facebook page, the majority of the comments regarding the semi-automatic rifles are positive.

"Excellent decision. Use the tools to enable you to succeed in your mission.--stay safe," posted Bruce Ballard, from Galt according to his profile.

But on Twitter, there were some not so positive comments. HG tweeted in part, "Nuts! That's a definite no go for me. I'm not going to any more festivals if that's what I'm subjected too."

The Lodi Grape Festival starts this Thursday at 4 p.m. and runs through Sunday night ending at 11 p.m.