The Veterans Administration statistics say on average 20 veterans die from suicide each day. 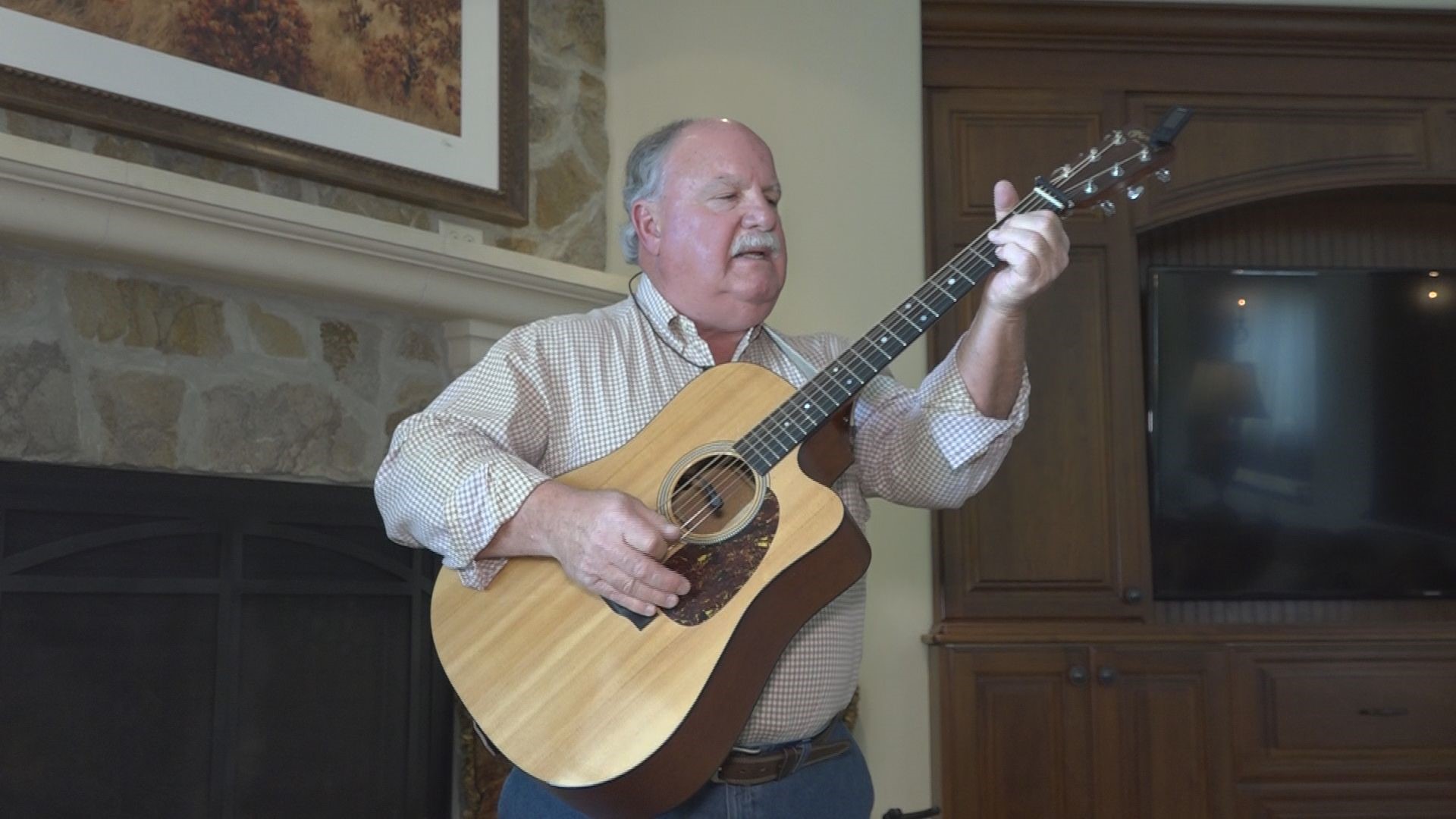 LODI, California — With a high draft lottery number, 67-year-old George Gibson missed having to serve in the Vietnam War. But it hasn't stopped the Lodi home builder from writing an inspirational song about veterans living with Post Traumatic Stress Disorder (PTSD).

Gibson, who has written songs throughout his life, was invited last fall to sing some of his songs at a Veterans Day fundraiser in Lodi. That day gave him the inspiration to write his song about PTSD called "Oh Jimmy This Ain't Right."

He wrote the song in about an hour, but he took him about three days to revise and edit.

"And it's a message to us citizens that hey, these people that go into the service and take our place, they can't come home and be 'Lone Rangers,'" said Gibson. "They need our community help. They need our family help, our friendship, letting them know it's OK not to be the strongest person in the room."

The Veterans Administration statistics say on average 20 veterans die from suicide each day. The rate of suicide for veterans has increased recently for those men and women who do not seek out VA healthcare.

Gibson, whose song has gotten nearly 600 views on Youtube and 3,000 views on Facebook, hopes his words will inspire veterans "suffering in silence" to seek out help and call a veterans helpline.

"I had a cousin who went to the Vietnam War and he was totally, totally messed up. And, he ended up dying early," said Gibson.

WATCH ALSO: Put down your beer, and honor our fallen heroes this Memorial Day | Walt's Blender