One of the man's legs were amputated, while the other was fractured. 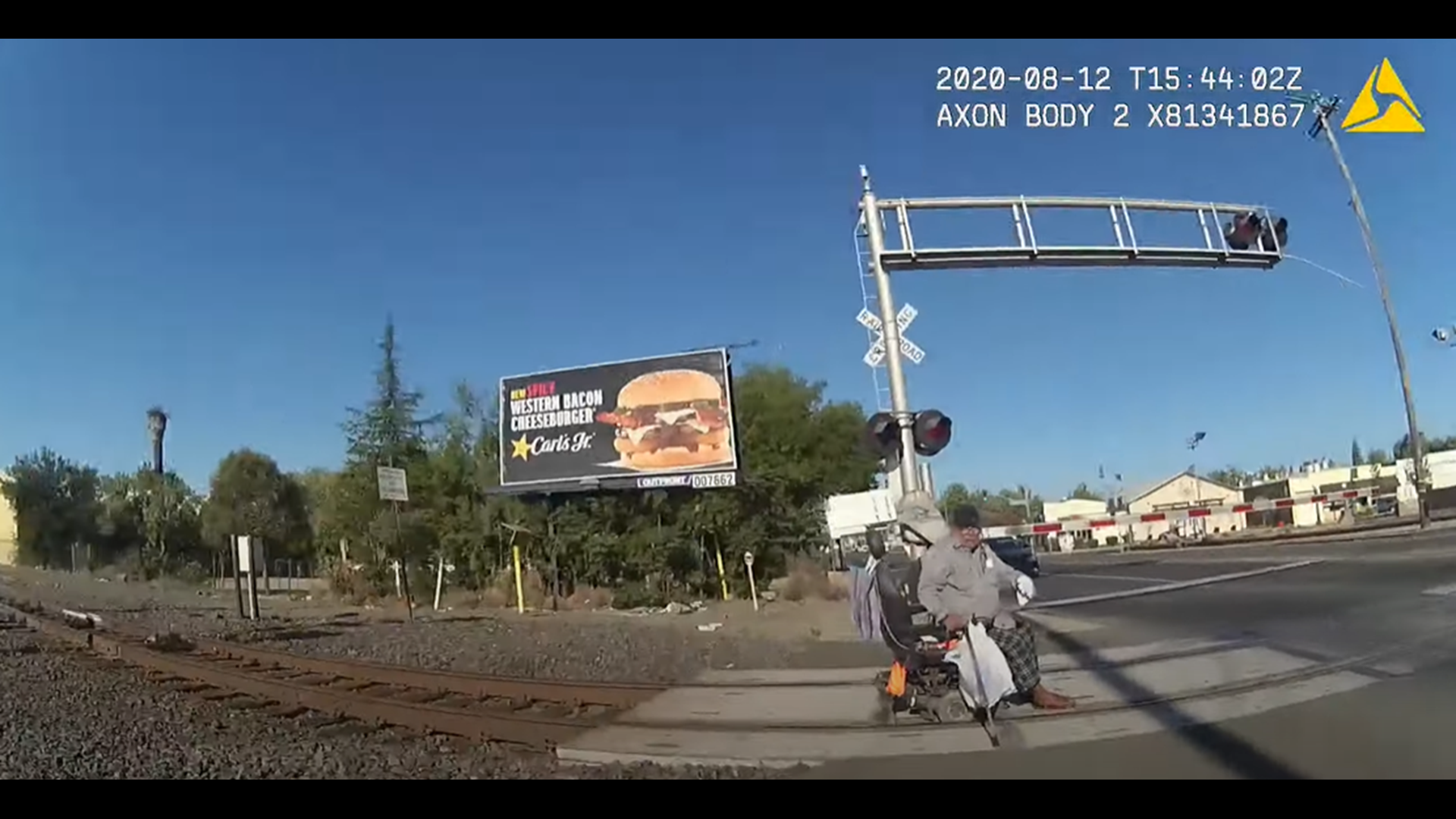 LODI, Calif. — Heartstopping video shows the moment a Lodi Police Officer risked her life and was able to pull a man from the path of an oncoming train.

According to the Lodi Police Department, Officer Erica Urrea was near Lodi Avenue just before 8:45 a.m. Wednesday, Aug. 12, when she saw a man in a wheelchair stuck on a set of railroad tracks. While the man tried to free his chair, the railroad cross arm started to come down with a train headed his way.

Urrea jumped out of her patrol car and ran to help the man. As the train was approaching, she was able to pull the man out of the wheelchair and they both fell to the ground.

The man in the wheelchair, identified only as Jonathan, 66, of Lodi, in a Gofundme page by his granddaughter, lost one of his legs and the other was fractured.

"Officer Urrea risked her own life to save another and her actions prevented a tragedy today," wrote the police department in the video's description on YouTube. "We are extremely proud of Officer Erica Urrea and her heroism."

It's the unicorn of all trains. Recently seen fighting the Delta Fire in Shasta County, it's the pride of the Union Pacific Railroad. John Bartell meets "Adventure" Dan Ryant, the man who got to ride it.