Lodi Unified School District officials confirmed that there was a child on the bus at the time, but the child was not hurt. 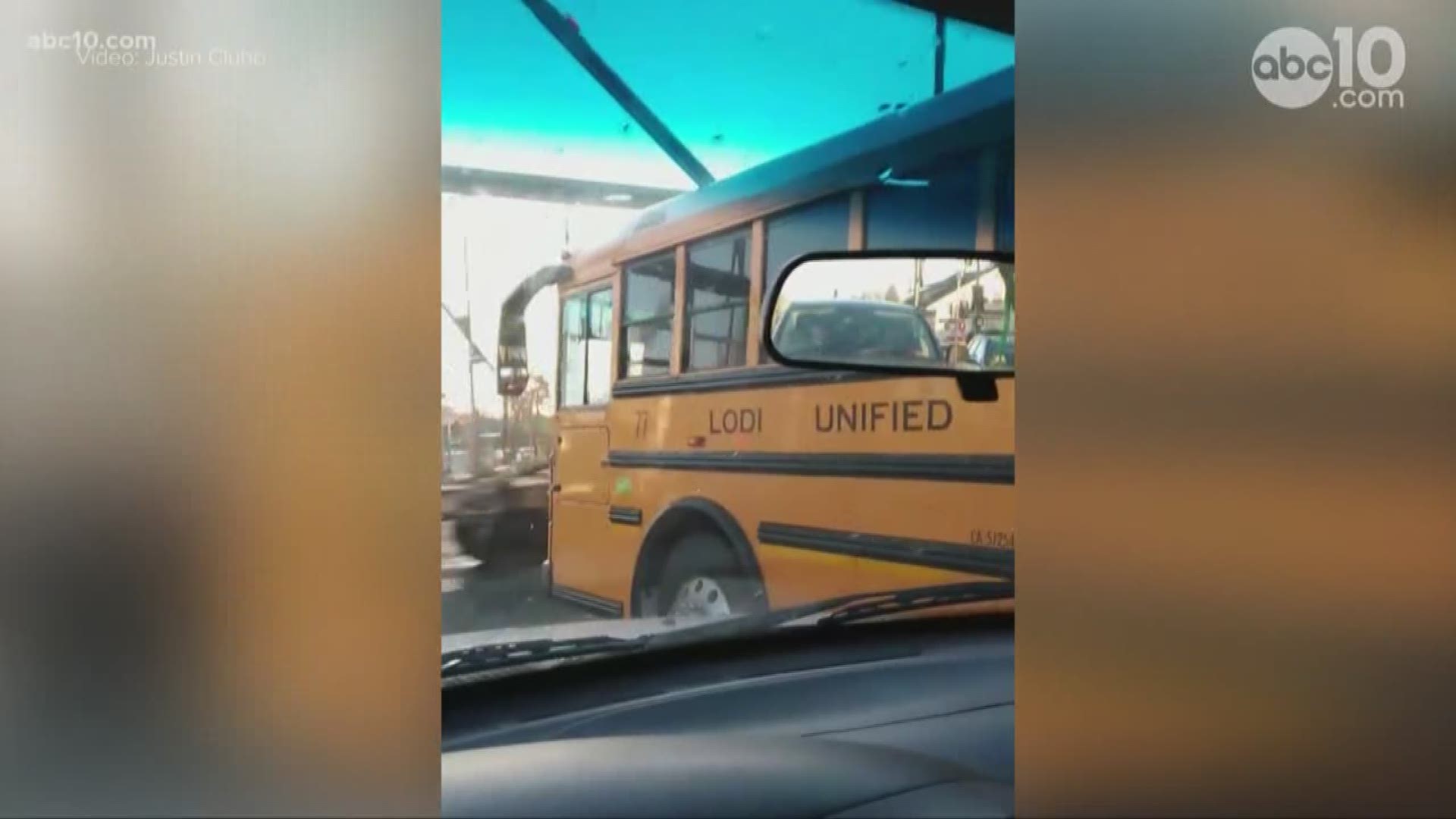 LODI, Calif. — The Lodi Unified School District said Monday that it is investigating an incident featured in a video posted to Facebook Monday showing a school bus stopped just inches from a fast-moving freight train.

Justin Clubb told ABC10 that he recorded the video around 8 a.m. on Monday at Sacramento Street and Lodi Avenue, in Lodi. The video shows the railroad crossing gate leaning over the top of the school bus. Clubb said he saw the driver reverse away from the tracks as the crossing gate came down on top of it.

In a statement, the Lodi Unified School District said they were aware of the video and said one student was on the bus during the recording. The district said the child was unharmed. 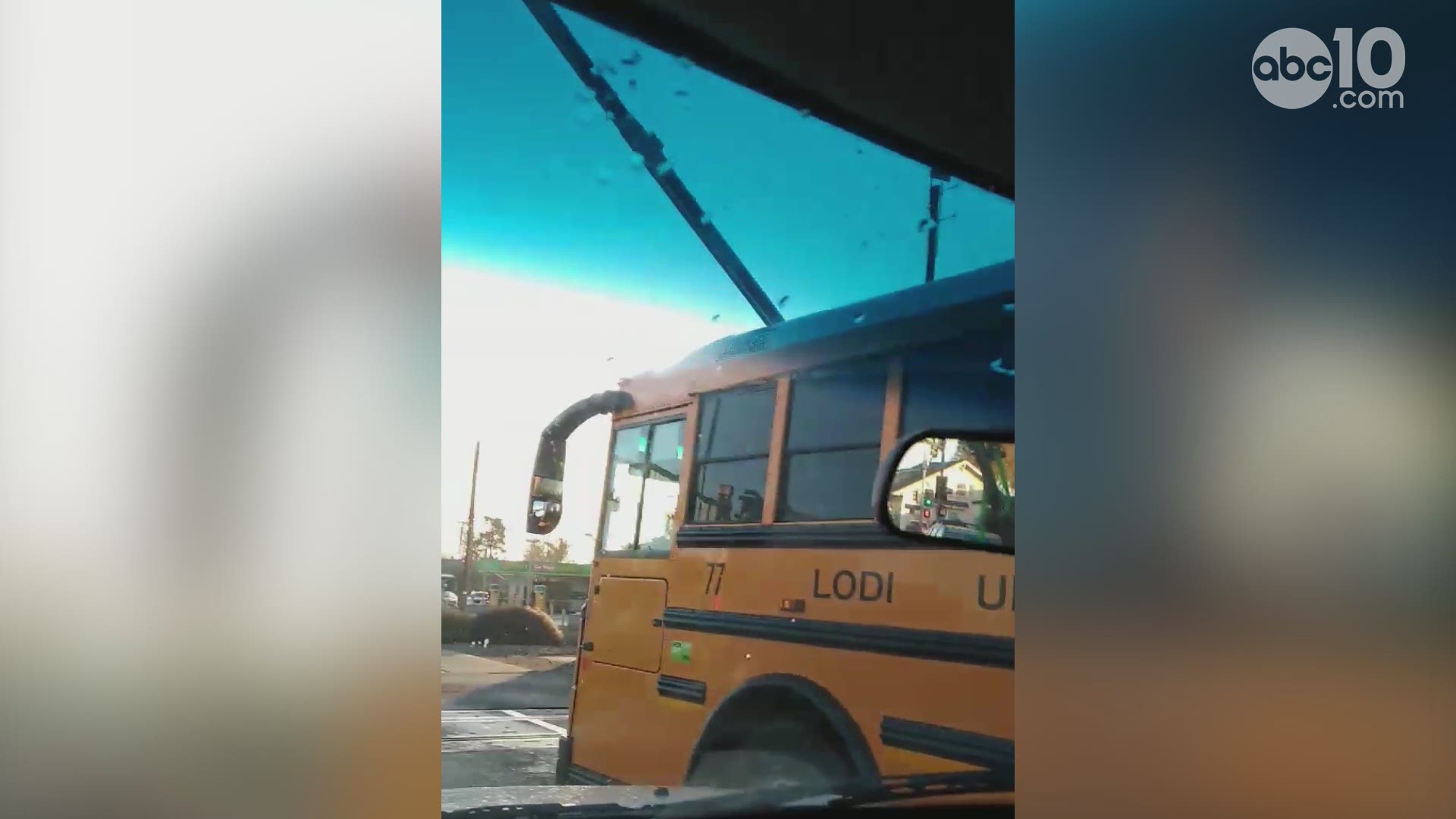 "We understand and appreciate the concerns that have been voiced regarding this video. Safety remains our foremost priority in the District," said Lodi Unified in a statement. "We take all safety matters seriously and we want to assure you that this incident is being fully investigated by the District. We can confirm that one student was on the bus during the recording of the video and the student is unharmed."

ABC10 spoke to the mother of the child on the bus, but she declined to comment.

While the investigation is still ongoing, district spokesperson Chelsea Vongehr confirmed that the driver is a current Lodi Unified employee and not a substitute driver.

MORE FROM ABC10: Coming from a life of gang involvement, Stockton rapper MBNel is putting all that behind him to focus on a promising music career. The 49ers recently used one of his songs for an online hype video, he's got millions of listens online, and with the release of his new album "Born to Win," he hopes to be a positive influence on his hometown.