Before he was back on campus, Isaiah Stowers was teaching from his garage. He ran 15 miles to get it all out of his system, mentally and physically 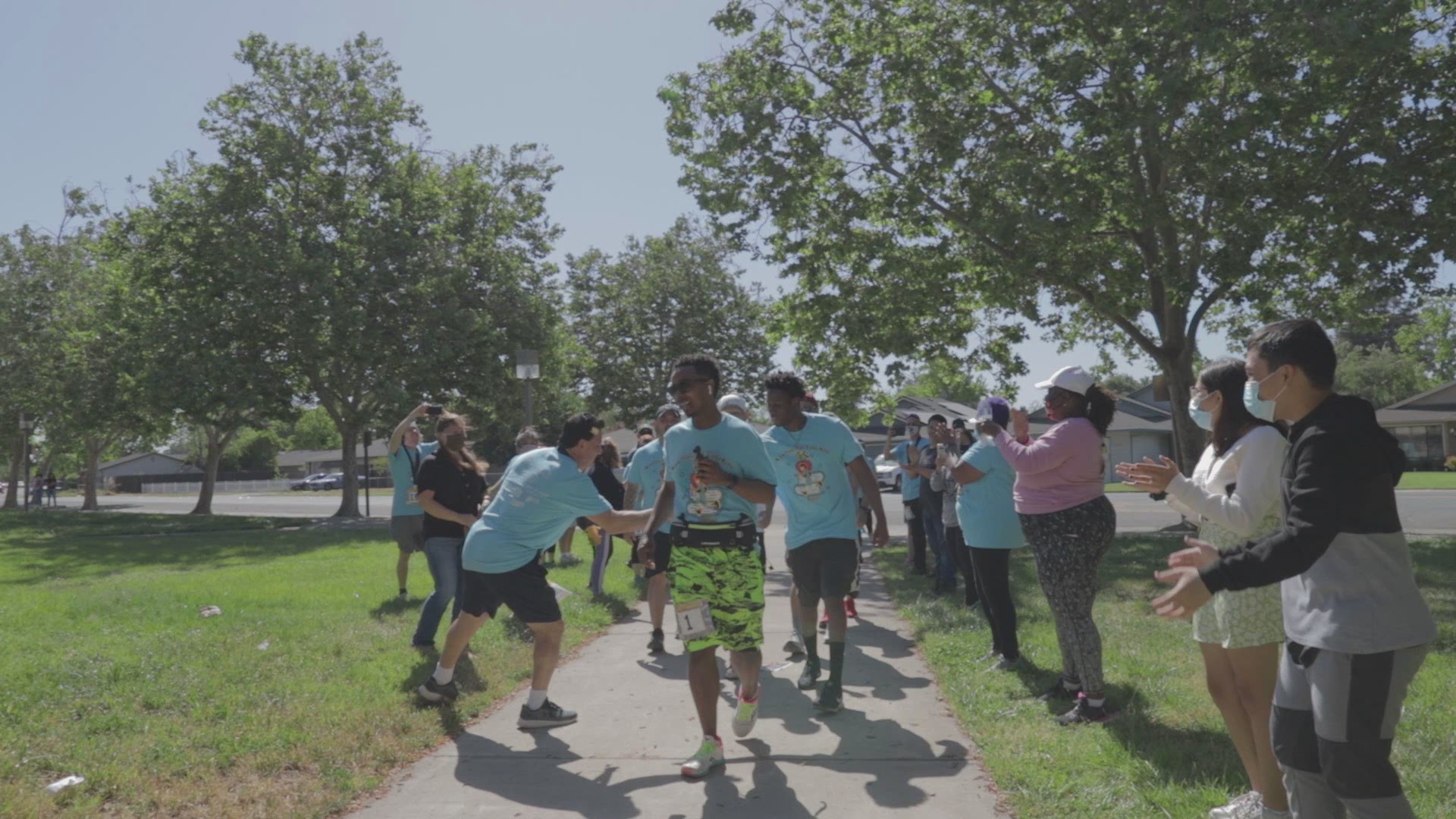 LODI, Calif. — Isaiah Stowers put heart and sole to the test on Sunday, running 15 miles to show support for teachers and raise money for kids.

The Delta Sierra Middle School teacher ran 15 miles from Lodi Unified School District headquarters to Delta Sierra in Stockton. He was joined by about 131 people, some virtual and about 30 in person.

Stowers told ABC10 on Sunday that, despite the wear and tear from the run, he was thrilled by the response from the community and fully intends to do more charity runs in the future.

At the end of the day, Stowers said the High Five for Teachers 5k raised $1,700 for the Giving Opportunities to Kids Foundation.

Isaiah Stowers is putting his heart and his soles to the test as he gears up for a 15-mile charity run on Sunday.

Stowers is a science and video production teacher at Delta Sierra Middle School in the Lodi Unified School District. He, like so many of his colleagues, weathered the twists and turns of distance learning during the past year, and his goal for the run is to let all those slings and arrows from 2020 out in a 15-mile run from district headquarters to Delta Sierra.

“I feel like we were cramped up,” Stowers said. “My work office was my garage that was converted into… where I was teaching. I was Mr. Stowers in the garage.”

In the High Five for Teachers 5k, he’ll be running a little more than half a marathon while challenging others to run a 5k. It's all in the name of showing solidarity for teachers and some support for students, via donations to the Giving Opportunities to Kids Foundation (GOT Kids).

The run itself is virtual, meaning you shouldn’t necessarily anticipate a large group of runners passing the roadways on Sunday. But, the spirit is the same. Stowers was hoping for about 20 to 30 people to sign up, but the results were well beyond what he expected. He ended up capping registration at 131 runners, some of which aren’t from Lodi Unified or even the state.

“There are people in Hollywood that signed up that aren’t teachers at all. They just like the idea,” he said. “There’s people that are in Atlanta running. It’s been really cool to see this happening in Hercules, California, in Pinole, California. People… saying we appreciate what the teachers are doing, and we want to be a part of this.”

“Having the run, I think, is going to give everyone that opportunity to say normalcy is not too far away,” he said.

It’s a refreshing notion after a very non-normal period of time. Stowers has been working at Delta Sierra Middle School since he was 18, initially as part of an afterschool program and as a science teacher since 2017.

He’s prided himself on connecting with his students, seeing when something is going on, and seeing the big “aha!” moment when something finally clicks. These were the moments he missed when students left the classroom.

“As a teacher, it really tries your patience because this isn’t what I got into teaching for. I didn’t want to be an online teacher,” Stowers said.

When both he and students returned to the classroom for hybrid learning, it was a welcome comeback.

But with another change in structure, he said that he and his colleagues feel the burnout. He believes the virtual run will be a way for everyone to get outside, stretch their legs and even donate to a good cause all at the same time.

The High Five for Teachers 5k takes place May 2. While signups are closed, Stowers said you can still donate to GOT Kids and subscribe to his YouTube channel to follow his future endeavors.