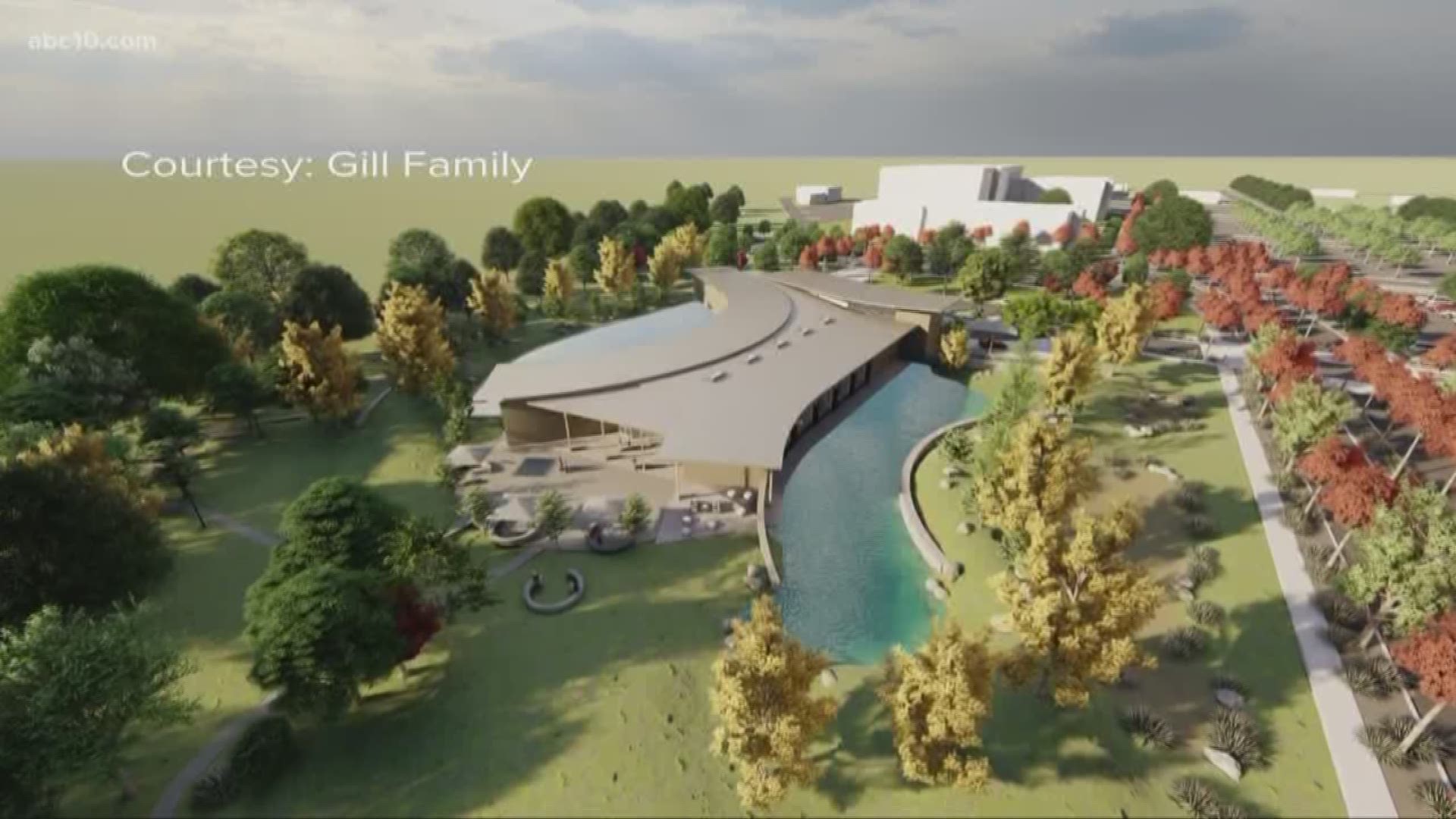 LODI, Calif. — An old, grape vineyard near the corner of West Lane and north of Eight Mile Road between Lodi and Stockton, is being eyed to one day be transformed into a 35-acre medical facility devoted just to women.

Doctors Jasbir and Param Gill are behind the Gill Women's Medical Center proposal and operate the Gill Obstetrics and Gynecology Medical Group in Stockton. The Gills also have offices in Manteca and Lodi.

"We're the largest OBGYN group in this community," said Dr. Param Gill. "We've delivered health care for women for 40 years, and we know what the needs of this community are."

The Gills' plans are in two phases. Phase one is a 36,000-square-foot labor and delivery facility for low-risk pregnancies.

The Gills say the project isn't meant to replace existing healthcare services in the area, but instead add to them.

Dr. Param Gill says a main focus is their "alternative birthing center," which will include services she says are found in Sacramento and the Bay Area, but not yet here.

"That's where there are beautiful, luxury suites in which patients labor and deliver and they're more natural serene surroundings," Gill said.

The cost? For now, the doctors aren't saying. If approved by the county, the project could start construction on the first phase sometime next year.

The second phase may be another five to 10 years away.

Right now, the plans are in the Environmental Impact Report process.

"We've cared for women for four decades in this community," Gill said. "I want to at this point in my professional career leave a legacy for women."