The victim was driving while the man accused of threatening to kill her was in the passenger seat. 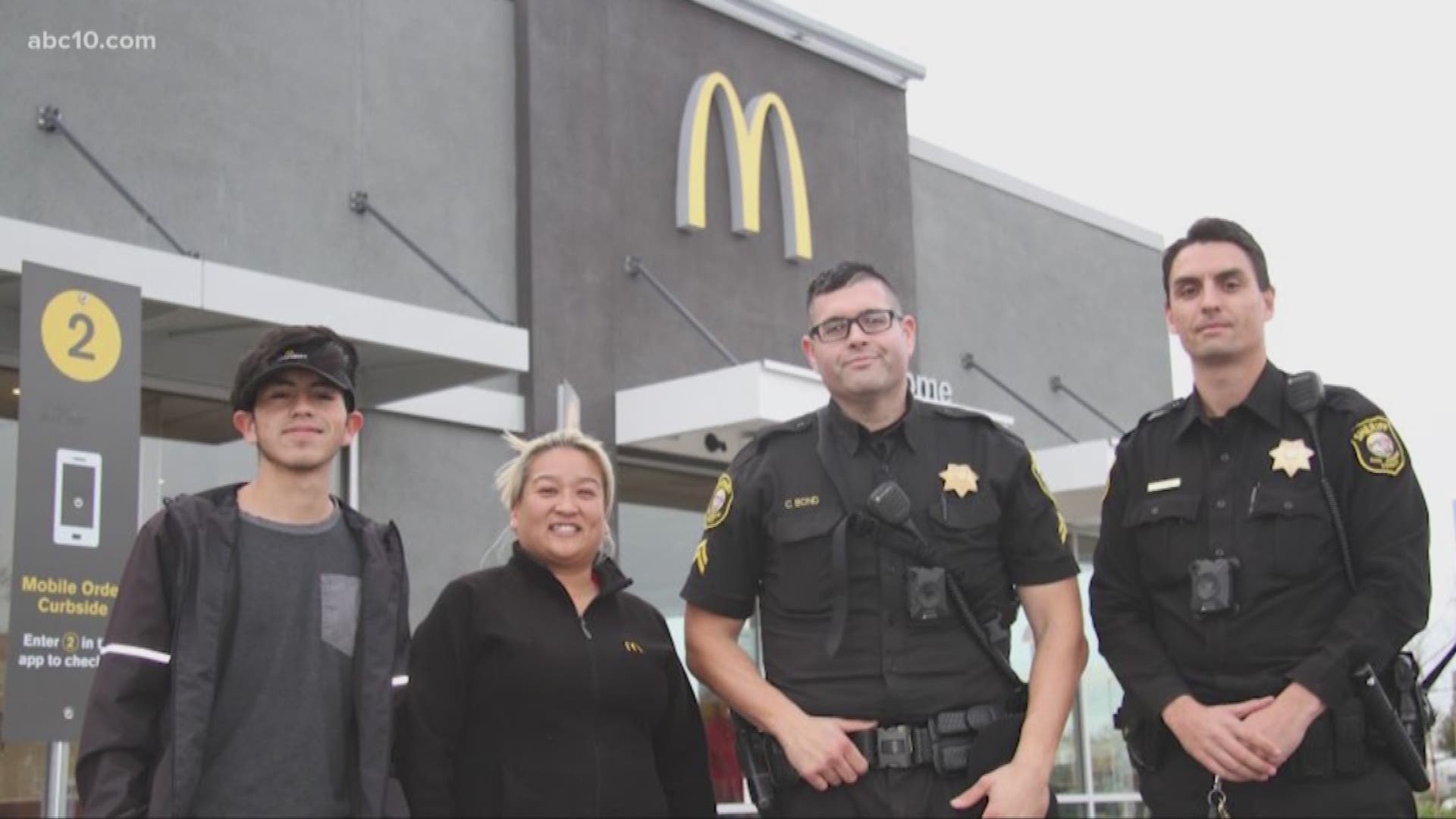 LODI, Calif. — A woman is safe and the man accused of threatening to kill her is in jail after the crew of a Lodi McDonald's took quick action to help.

According to the San Joaquin County Sheriff's Office, the fast-food employees met the woman after she walked into the Flag City McDonald's just after 2 p.m. on Christmas Eve.

“A guest came in, and she notified our employees that there was some sort of an emergency and she was in a stressful situation," explained Regina Camera, marketing manager for the franchise owner. "We encouraged her to use the restroom.”

Employees said the woman told them to call 9-1-1 and asked them to help hide her. She also gave employees the license plate number of the car she had been riding in.

The victim tried to place an order at the counter when the suspect, Eduardo Valenzuela, demanded she use the drive-thru.

The woman got into the car and proceeded to go through the drive-thru.

“In the drive-thru she actually mouthed to one of our employees ‘help,’” Camera said.

The employees continued to think on their feet.

“Our restaurant manager had our employees actually hold up the drive-thru line... We were able to safely call our law enforcement and get them here in time to help,” Camera said.

Deputies arrived at the restaurant and spoke with employees inside while the woman was still in the drive-thru line. They rushed the deputies out the door, telling them the woman in the car needed help. Deputies ordered the pair out of the car.

Deputies believe Valenzuela had previously been violent with the victim. The victim told deputies Valenzuela told her to take him to visit his family and threatened to kill her. A gun was discovered in the trunk of the car.

"The firearm was loaded and it was a revolver,” explained Deputy Andrea Lopez with the San Joaquin County Sheriff's Department. “The deputies did run Mr. Valenzuela and he was found to be a felon. So he is a prohibited person. He’s not allowed to possess or own any firearms or any ammunition.”

Valenzuela was booked in the San Joaquin County Jail for criminal threats, stolen property and being a felon in possession of a firearm.